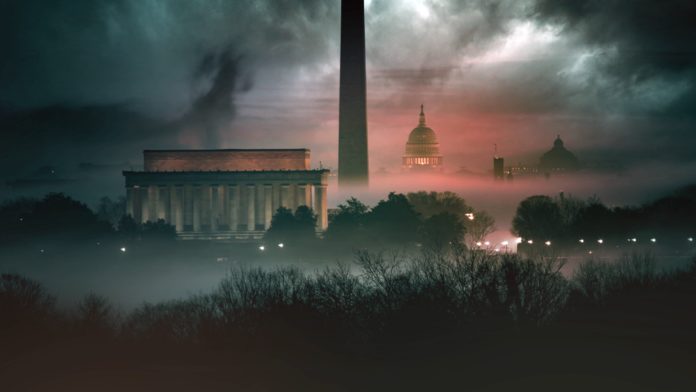 Each morning in my prayer time, I am prompted to ask that the Lord continue to restrain the evil coming against His prescription for godliness. That evil seems to be closing in like an eerie, early morning fog. But unlike such naturally occurring, gathering opaqueness, the increasingly darkening supernatural mist that is engulfing life in America today harbors genuine threat. There are real bogeymen who intend harm lurking in that satanically spawned fog.

The Lord of Heaven didn’t put the following in His Word without good reason:

And now ye know what [restrains] that [Antichrist] might be revealed in his time. For the mystery of iniquity doth already work: only he who now [restrains] will [restrain], until [the Restrainer] be taken out of the way. And then shall [Antichrist] be revealed, whom the Lord shall consume with the spirit of his mouth, and shall destroy with the brightness of his coming: Even him, whose coming is after the working of Satan with all power and signs and lying wonders. (2 Thessalonians 2:6-9)

All the Christian needs do to discern that this generation is being enveloped by the end-times “mystery of iniquity” fog described in the Apostle Paul’s above warning is to consider his “perilous times”forewarnings. Let us again examine just a couple of these characteristics of end-time man given in Paul’s prophecy:

This know also, that in the last days perilous times shall come. For men shall be lovers of their own selves, covetous, boasters, proud, blasphemers, disobedient to parents, unthankful, unholy, Without natural affection, trucebreakers, false accusers, incontinent, fierce, despisers of those that are good, Traitors, heady, highminded, lovers of pleasures more than lovers of God; Having a form of godliness, but denying the power thereof: from such turn away. For of this sort are they which creep into houses, and lead captive silly women laden with sins, led away with divers lusts, Ever learning, and never able to come to the knowledge of the truth. Now as Jannes and Jambres withstood Moses, so do these also resist the truth: men of corrupt minds, reprobate concerning the faith. (2 Timothy 3:1-8)

This characteristic is made manifest by social media. Facebook and all other forums hold captive the minds–particularly of Millennials, many of whom live daily in deep concentration on drawing attention to themselves. This “universe of self” opens their souls to invasion by the original being that had “I trouble.” Lucifer and his many “I wills” (Isaiah 14: 14) wishes to infect every human with this attempt to take attention away from God and His prescription for conducting life in the proper way.

The fallen one, through social media forums, has found a very effective conduit for funneling the minds of human beings into channels other than those leading to godliness.

This characteristic made its infectious influence known just a week or two ago. We remember the thirty-one-year-old Dallas police officer who shot and killed an African-American man in his apartment. The officer claimed she thought she was entering her own apartment and found her door unlocked. A figure came at her from within the darkened apartment, and she shot what she believed to be an attacker with her service revolver.

Having heard all that’s been said about the case, I do believe this is exactly what happened. But, she was convicted of murder and given a 10 year sentence.

In a most touching scene following the sentencing, the victim’s brother, an eighteen-year-old young man, witnessed to the woman who had killed her brother, forgiving her and urging her to accept Christ. The judge who had just sentenced her, equally moved to compassion, followed suit in hugging the condemned woman, as did the victim’s brother, then the judge gave the woman a Bible to take with her as she served her time.

The crowd outside the courtroom was outraged at the light sentence and at the judge for her compassion.

The Freedom from Religion Foundationwas even more enraged in the legal sense and sought to condemn with ethic violations the judge, who happened to be an African-American like the victim and his young brother.

This rage was directed at the Bible and how the judge had “crossed the line” in giving the book to the girl. This is an infection that now permeates much of American culture and society. It is an unholy characteristic that will one day bring God’s wrath and judgment.

This corrosive, stifling, corrupting toxic cloud of evil has the effect of dividing America. The political effects are the ones that are usually at the heart of my asking for the Lord to restrain the evil. Never in my memory–and, I believe, never in American history– has there been such a powerful, all-out assault against a president. The attackers are almost as one in opposing anything that the God of Heaven has given in His Holy Word about how life should be conducted. These who assault, for the most part, want to cast aside America’s founding principles–principles the early fathers used to form this republic. To the discerning spirit, this is an alert pointing to which side of this national divide is the right side to join.

Recently, Hal Lindsey wrote of this divide. He said that so far it isn’t as bad as the Civil War in terms of guns actually being turned on each other. However, he said the following:

But in one way, our situation is worse. Even though divided over slavery, Americans of 1861 held to a similar set of values. In his second inaugural address, President Lincoln said that northerners and southerners, ‘read the same Bible and pray to the same God.’

The Bible doesn’t list the United States as a major player in world politics during the Tribulation. For that reason and others, I have been saying for a long time that the United States will be drastically weakened by the time of the Tribulation. Some prophecy teachers have predicted nuclear war, or that some other weapon of mass destruction will be used against America. Many of us have hoped that between now and the Rapture, so many Americans will come to Christ, that their disappearance at the Rapture will cause the problem. (“Divide and Destroy,”- Hal Lindsey)

I am one of whom Hal writes. Rather, I was one of whom he writes. By that, I mean that I no longer believe it is simply the number of Christians inhabiting America that keeps America afloat as a nation-state–i.e., it isn’t the loss of Christians in large numbers that will bring America down into catastrophic collapse. We seem to be a diminishing segment of American culture in the sense of governing influence.

It is rather that invincible, supernatural Restraining Force alone, who resides within each believer in Christ, whose voluntary removal from earth will allow that noxious cloud of mysterious iniquityto, for a time, seemingly take over planet earth.

That Restraining Force indwells each person who names the Holy Name of Jesus Christ–that is, each person who is born againfrom on high. Invoke His Name in your time of prayer. Ask that the Restrainercontinue to hold back the fog of evil trying to swamp this generation, thus to choke any possibility of eternal life from every unregenerate human being.

Thankfully, that Restraining Force, the Holy Spirit, is alive and well, and is not willing for anyone to perish, but wants all to come to repentance (2 Peter 3:9).

Terry James
Leading biblical prophecy expert Terry James is an author, general editor, and co-author of numerous books on Bible prophecy—hundreds of thousands of copies of which have been sold worldwide.

Terry James - January 8, 2021
In the supernatural battle of Reset vs Restrainer, the winning strategy is firmly held in the mind of God. This should give us great comfort

Lawlessness in the Land! – Terry James 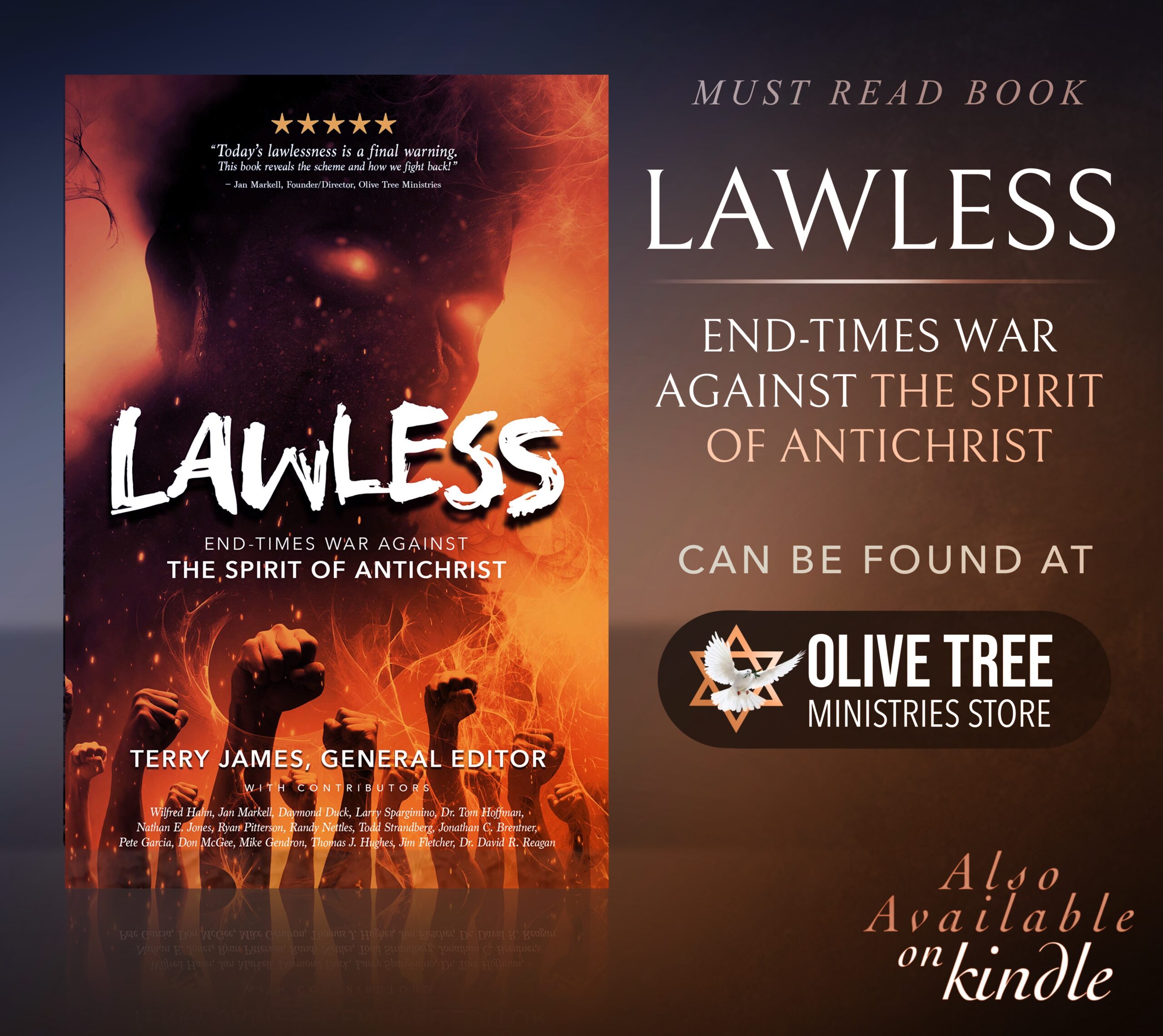