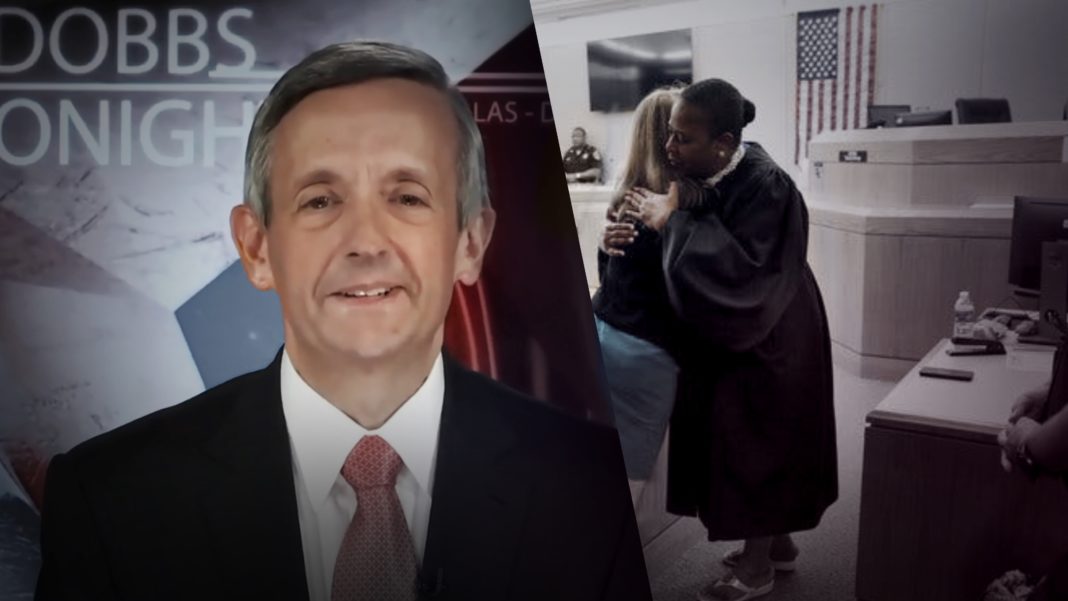 Dr. Robert Jeffress made an appearance on Fox today to discuss the attack on a Christian judge who gave a Bible to a woman she had just tried for murder.

In an emotional trial that brought the nation to tears this week, Amber Guyger was convicted and sentenced to 10 years in prison for mistakenly killing her African American neighbour.

The brother of the man killed, spoke in court, expressing his forgiveness and want for her to obtain salvation through Jesus Christ and asked if he could give the woman a hug.

The controversy came as the judge aftward shared encouragement from scripture with Amber and gifted her a Bible, resulting in the “freedom from religion foundation” filing a complaint against her.

“After speaking to Botham Jean’s family, Judge Kemp left the room to get her personal Bible,” read a report from NBC 5 Dallas-Fort W Wednesday. “She returned to the courtroom and read a passage to Guyger, telling her ‘this is where you need to start,’ and ‘this has been put in front of you for a reason.’ Kemp gave her personal Bible to Guyger and the two hugged before Guyger exited the courtroom.”

On Lou show on Fox , Dr. Robert Jeffress explained his connection story, as Amber has been attending his church since the accident occurred.

“She was totally devastated by it. I remember the day before the trial began, she and I and her family prayed together. We prayed that God’s will would be done in this trial” he said, “And after the verdict was announced this week, that African American judge stepped down, she hugged Amber, she gave her a Bible and read to her John 3:16 and said to her ‘this is where your new life begins.'”

“This case could have caused a racial explosion in our city of Dallas” the Pastor explained, “but because of the forgiveness of the family that they exhibited, and the grace of this judge, those flames of hate were extinguished.”

“This Christian judge is a hero,” Jeffress continued, “who ought to be celebrated, not condemned by these leftist groups, that absolutely hate God and want to do nothing but sow division in this country.”