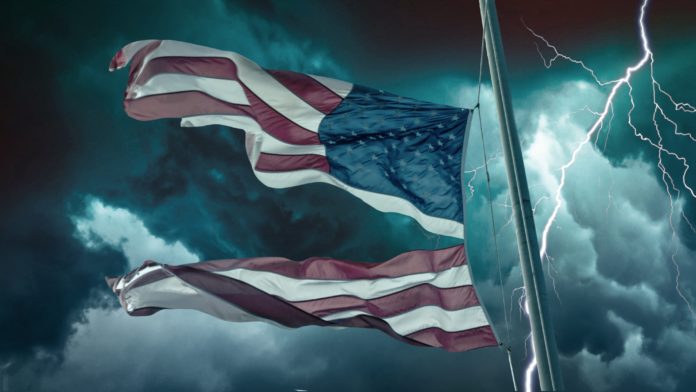 The possible impeachment of President Donald Trump is the big news in America and around the world. Could such proceedings carry end-times prophetic implications? You might be surprised.

Speaker Nancy Pelosi announced on September 24th that the US House of Representatives would begin an impeachment investigation against the President. Significantly, the House did not follow precedent by voting to begin proceedings. Instead, the boss (Nancy Pelosi) just pronounced that it was being done. So here we go.

In the verse above, Jesus spoke of this principle in regard to Satan’s kingdom, But the principle is universal. It applies to nations, cities, and even families. Lincoln said those words in 1858, not long before he became President. Shortly after he took office, America would divide, and Lincoln would spend his presidency trying to restore it.

So far, things are not nearly as bad as the Civil War. No states have seceded, and there has been no credible call to arms. But in one way, our situation is worse. Even though divided over slavery, Americans of 1861 held to a similar set of values. In his second inaugural address, President Lincoln said that northerners and southerners, “read the same Bible and pray to the same God.”

The Bible doesn’t list the United States as a major player in world politics during the Tribulation. For that reason and others, I have been saying for a long time that the United States will be drastically weakened by the time of the Tribulation. Some prophecy teachers have predicted nuclear war, or that some other weapon of mass destruction will be used against America. Many of us have hoped that between now and the Rapture, so many Americans will come to Christ, that their disappearance at the Rapture will cause the problem.

But without the external forces of war, atomic bombs, or Christians being snatched away, America seems to already be tearing itself apart. Liberals and conservatives see the world in starkly different ways. How a person sees the President’s July 25th conversation with the president of Ukraine, seems to depend primarily on how that person feels about President Trump.

It’s not a matter of liking or disliking the President. That’s too mild. It’s more a matter of loving him or loathing him. There’s real passion on both sides — and with that passion comes outrage, fear, and, too often, hate. American families will celebrate Thanksgiving in only a few weeks. Most of the families that don’t agree on Trump will simply avoid the subject. Others will experience a verbal war over the turkey, and some will see fisticuffs before they reach dessert.

Because Democrats generally see President Trump as evil and Republicans see him as flawed but generally good, we can already get a sense of where impeachment will go. Constitutionally, impeachment begins in the House of Representatives — now run by Democrats. That means there is a strong probability that articles of impeachment will be voted on soon — probably by the end of November.

Assuming the House votes to impeach, a trial will be held in the Senate — now held by Republicans. That means unless new and compelling evidence is found against Mr. Trump, the Senate will acquit.

No matter which way it goes, the two sides will feel even greater rage than they do now. The seams that became cracks are fast widening into chasms. America is likely to be even more divided and more filled with anger in 2020 than it is today. And a house divided can’t go on for long.

As I have explained at length on several occasions, Jesus listed what we now call identity politics as a major sign of the end times. In other words, He warned us about these end-times divisions 2,000 years ago. Once again, His word is proving to be true. The Bible has the stunning ability to tell us about the world we live in — almost two thousand years after the last word of it was written.

And since the Bible is true in the area of prophecy, we can trust it in every area of our lives.

God’s warnings are true, but so are His promises.