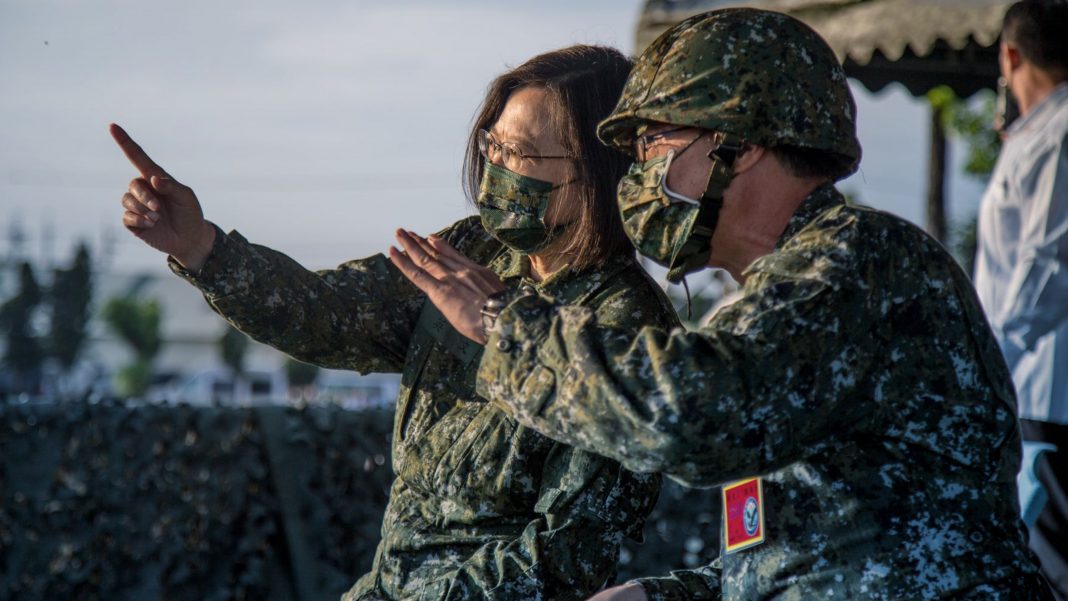 Taiwan will not bend the knee to an increasingly aggressive communist China, the country’s president says, warning that the defeat of the island nation would signal that “authoritarianism has the upper hand over democracy” in today’s “global contest of values.”

Writing in the November-December edition of Foreign Affairs, President Tsai Ing-wen stated that while Taiwan does not seek military confrontation with China, it “will do whatever it takes to defend itself.”

“Amid almost daily intrusions by the People’s Liberation Army, our position on cross-strait relations remains constant: Taiwan will not bend to pressure, but nor will it turn adventurist, even when it accumulates support from the international community,” she wrote. “In other words, the maintenance of regional security will remain a significant part of Taiwan’s overall government policy.”

“Yet we will also continue to express our openness to dialogue with Beijing, as the current administration has repeatedly done since 2016, as long as this dialogue proceeds in a spirit of equality and without political preconditions,” she added.

The comments from the nation’s president come following an increase in military activity by the Chinese government, which has long viewed Taiwan as a breakaway province. Since Oct. 1, the People’s Liberation Army has flown nearly 150 military aircraft into the southwestern region of Taiwan’s air defense identification zone (ADIZ), signifying some of the largest single-day incursions by Beijing to date.

In addition to scrambling its air forces, Taiwan’s military has also issued “radio warnings” and deployed its “air defense missile systems” in response to the ongoing activity.

“The United States is very concerned by the People’s Republic of China’s provocative military activity near Taiwan, which is destabilizing, risks miscalculations, and undermines regional peace and stability,” said State Department spokesman Ned Price in a statement on Sunday. “We urge Beijing to cease its military, diplomatic, and economic pressure and coercion against Taiwan.”

“The U.S. commitment to Taiwan is rock solid and contributes to the maintenance of peace and stability across the Taiwan Strait and within the region. We will continue to stand with friends and allies to advance our shared prosperity, security, and values and deepen our ties with democratic Taiwan,” he added.

While certainly the assurance by the United States that they have not wavered in support of Taiwan, may be appreciated by the island nation, with recent developments in Afghanistan, many are not convinced US promises of support any longer hold water under the Biden administration.

In August, China insisted that US actions in Afghanistan proved that should war break out between China and Taiwan the United States would not come to their rescue.

The United Kingdom this week sailed its warships through the Taiwan Strait which resulted in China accusing the UK of “evil intentions.”

In Luke 21:25, Jesus says, “There will be signs in the sun, and in the moon, and in the stars; and upon the earth Distress of Nations with Perplexity, the seas and the wave roaring.These things will be greatly increased and primarily take place during the seven-year Tribulation (from which the church is absent). However, with the current global state of turmoil amongst the nations, we can’t help but recognize the distress of nations Jesus describes in Luke 21 and Matthew 24, rising in our world today.