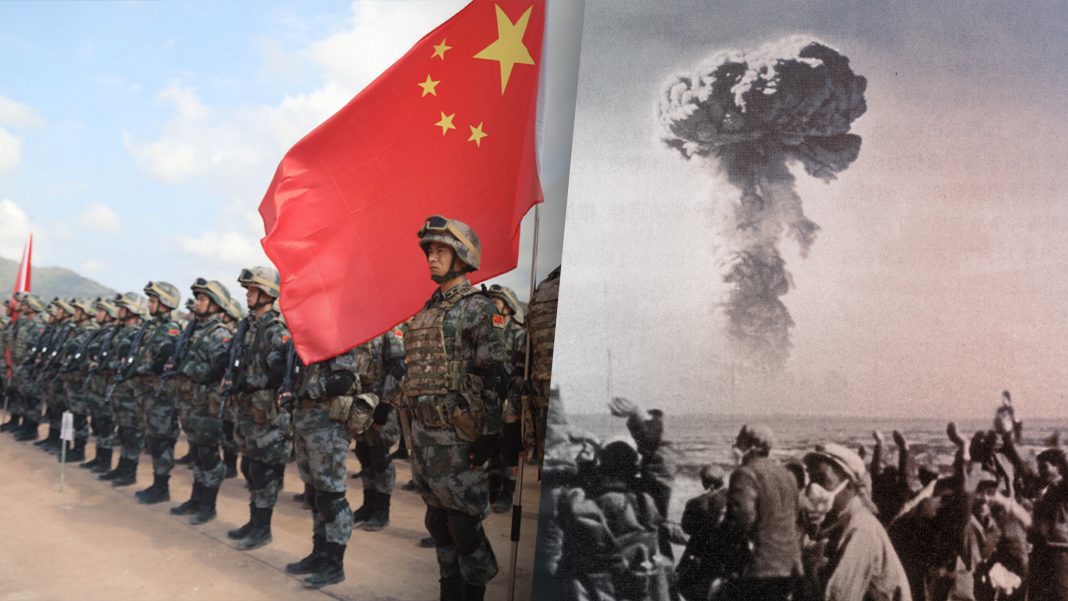 A five-minute clip created by verified military commentary channel “Liujun Taolue” calls for Beijing to launch nuclear strikes on Japan if Tokyo intervenes in a Chinese invasion of democratic Taiwan.

The clip was posted over the weekend, deleted, and then reposted by the official CCP account in Baoji, Shaanxi province. The clip is also live on YouTube-like platform Xigua, under an account run by the Baoji Municipal Committee of the Communist Party of China.

In the video, the narrator makes constant threats against Japan using belligerent rhetoric.

“When we liberate Taiwan, if Japan dares to intervene by force, even if it only deploys one solider, one plane and one ship, we will not only return reciprocal fire, but also start a full scale war against Japan,” the narrator says in Mandarin.

In recent weeks, the Chinese regime has increased its aggressive behaviour towards Taiwan and its allies, indicating that a Chinese invasion of the island nation is very likely.

During a ceremony commemorating the 100th birthday of the Chinese Communist Party, Chinese President Xi Jingping vowed to “smash” any attempts by Taiwan at formal independence and pledged to complete “reunification” with the democratic country.

“Solving the Taiwan question and realizing the complete reunification of the motherland are the unswerving historical tasks of the Chinese Communist Party and the common aspiration of all Chinese people,” Xi said.

“All sons and daughters of China, including compatriots on both sides of the Taiwan Strait, must work together and move forward in solidarity, resolutely smashing any ‘Taiwan independence’ plots.”