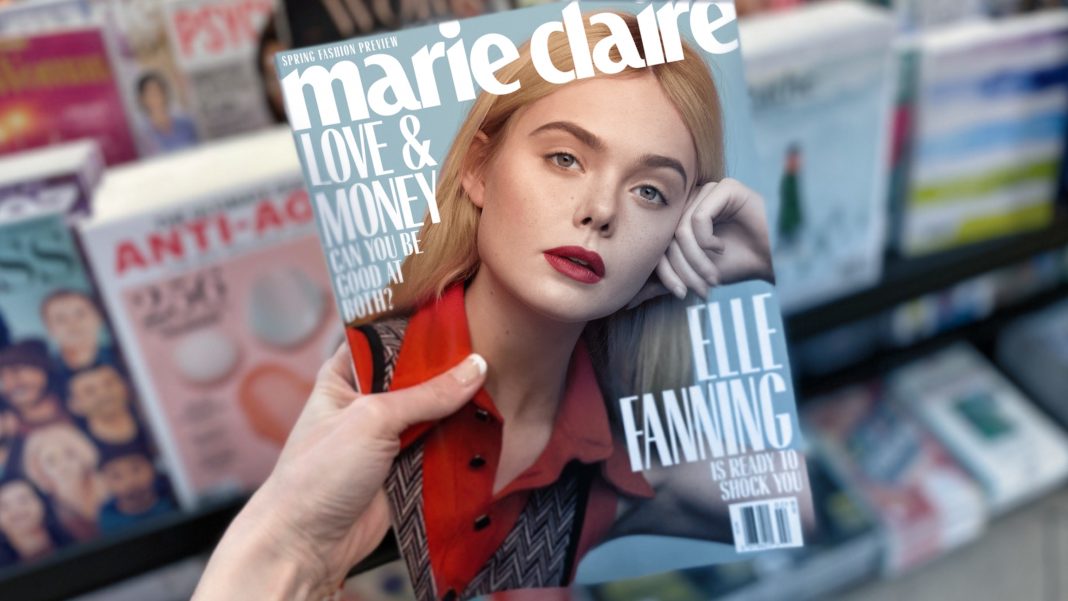 The fashion magazine Marie Claire published a piece pressuring the entertainment industry to depict more parents having abortions because “[c]ountless studies have highlighted the importance of representation in media.”

Although there was a steep increase in the number of abortions depicted in film from 2019 to 2020, writer Danielle Campoamor still believes it’s not enough, because the storylines featured in movies and TV shows have “done nothing to remedy the discrepancies between the fictional characters who have abortions and the real patients who seek out the services.”

According to a study released in December of last year by the group Advancing New Standards in Reproductive Health, 31 shows featured characters who underwent abortions while 12 movies showed the same.

Nevertheless, Campoamor argued Hollywood should be showing fewer teenagers undergoing abortions and more parents making the choice because they are, she explained, “the most common abortion patients.”

Campoamor wrote it’s important to depict parents having abortions because laws restricting the life-ending procedures are harmful not just to pregnant women, but “also the children they’re already caring for.”

“Studies have shown that when parents are denied abortion care, their children are more likely to live below the poverty level or line in a home without enough money to pay for food, housing, and transportation,” she wrote. “Studies have also shown that the states with the most restrictive abortion legislation have the worst maternal and infant mortality rates. Simply put, limiting or otherwise trying to stifle access to safe, legal abortion services not only harms pregnant people but also the children they’re already caring for.”

It was that assertion in particular with which many in the pro-life community took issue.

The Daily Caller’s Mary Margaret Olohan condemned Marie Claire for publishing an article whose author “argues that poor parents should abort their unborn baby for the benefit of the unborn child’s siblings.”

Abigail Marone, press secretary for Sen. Josh Hawley (R-Mo.), called the magazine article “disturbing,” adding, “A human life is not any less valuable because his or her parents have less money.”

“Any suggestion otherwise,” she added, “is shameful.”

“Many film [and] TV writers are aggressively attempting to brainwash their audiences to embrace abortion,” Rose argued. “The only way to do that? Lie about the humanity of babies [and] fear-monger women.”

Campoamor, for her part, took to Twitter Wednesday morning to call out Fox News for bringing Rose on to discuss the article without including her “to talk about the need to have accurate representations of abortion onscreen.”

“The ‘truth about abortion’ is that it’s normal,” Campoamor tweeted. “It’s common. It’s safe. It saves lives. And the most common abortion patient is one who already has a child at home; who knows exactly what it’s like to be pregnant [and] give birth. We are experts on our lives. Us [and] us alone.”

In a previous Twitter thread, the Marie Claire writer lambasted Fox News for covering her pro-abortion article in the first place and condemned those who oppose abortion because of their faith-based convictions.

She said she does not at all regret her decision to have an abortion, calling it “easily one of the best decisions I’ve ever made,” noting that — without ending her pregnancy — she “would not be the mom I am today to my two amazing sons.”

“Your relationship with your god means [expletive] nothing when it comes to me making my own personal medical decisions,” she added. “So telling me I’m going to ‘burn in hell’ or ‘face god’s judgment’ or any variation of the aforementioned does nothing. If there is a god, I believe that god loves abortion.”

Lila Rose in her interview on Fox and Friends, discussed the Marie Claire article. The Live-Action founder stated that the abortion industry and Hollywood are now “blatantly” admitting to “brainwashing people” to promote their shared abortion agenda.

“It’s just an incredibly cynical, and really a barbaric recommendation,” Rose told the audience referring to the Marie Claire article. “Already acknowledging that Hollywood is biased, they already have a very clear agenda, and [the article] talks about how many films and TV shows already promote abortion.”

“What is the motive? What’s the agenda here?” the fox news host questioned.

“The abortion industry has been around for over 100 years now in this country. They’re led by Planned Parenthood,” Lila explained. “Since the legalization of abortion, there have been over 60 million abortions. So there’s a lot at stake for this billion-dollar industry that wants to keep promoting its agenda and they have a lot of friends in high places.”

“What’s at stake here is public opinion,” she asserted. “They don’t want people to know the truth about abortion. When people find out this is a child with a beating heart, that is a boy or a girl, that has a future–when they’re humanized. If media humanize the children in the womb… They know that they have a lot at stake, that they’re gonna lose abortion patients, they’re going to lose political battles on abortion. And so they’re basically blatantly stating we need to brainwash people.”

“I mean, Hollywood isn’t even being quiet about their agenda and their supporters are saying [they] actually need to be more aggressive in Destigmatizing the most violent thing you can do to a family member–which is to kill him or her,” she added.

One female, in particular, Caren Spruch, was widely praised in the article, which referred to her as “Planned Parenthood’s woman in Hollywood.”

The writer said Spruch pushes screenwriters to discuss abortion or “works as a script doctor” for screenwriters interested in incorporating storylines about abortion, birth control, or sexually transmitted infections.

“It’s a role she slipped into sideways, but one that now seems to be increasingly welcome in Hollywood,” Caplan-Bricker wrote.

“We could see hints of her in all the TV shows coming out, from ‘Shrill’ to ‘Jane the Virgin,’” the writer-director of “Obvious Child,” Gillian Robespierre, said, according The Washington Post. “It’s really wonderful. She’s like Planned Parenthood’s secret weapon.”

Pop culture has the ability to change the way people look at abortion, according to Melanie Roussell Newman, Planned Parenthood’s senior vice president of communication and culture.

“A lot of people learn about sexual and reproductive health care through pop culture and entertainment programs,” Newman said, according to the story. “We’ve seen pop culture change views around LGBTQ issues, for example, and pop culture has the power to challenge abortion stigma, too.”

The Bible, states that in the time prior to Jesus’ return, there will be a “loss of natural affection in society (2 Timothy 3:3). Sadly, we have seen that the collective conscience of our society has been seared. Hollywood has had a heavy hand in the move away from Biblical truth and morality, as they work to normalize sin and dehumanize the unborn.

Generations of women have, through Biblical ignorance, been convinced by our increasingly secular world that such evil is acceptable. The only resolution to these things is found in Jesus Christ.

Ray Comfort in his article, “Abortion Conversations Should Lead to the Cross,” wrote:

While we must address the evil of abortion, we should always keep in mind that it is only one symptom of a generation that has become godless. It is a branch, not the root. Our agenda as Christians isn’t moral reformation, but to see sinners saved from the Day of Judgment through the righteousness of Jesus. He saves us from wrath to come (see 1 Thessalonians 1:10). And the fruit of the Gospel will be that men and women forsake all evil.