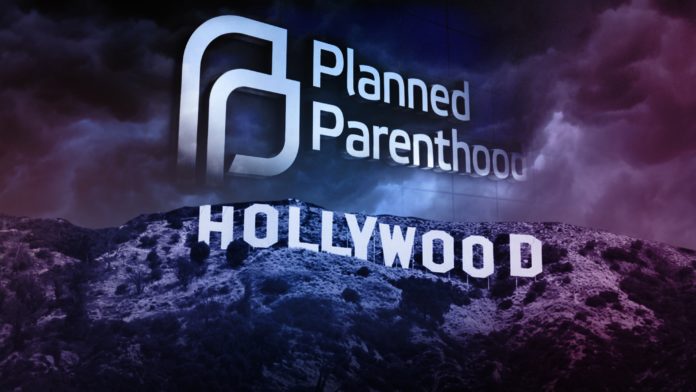 Planned Parenthood advised Hollywood on more than 150 productions since 2014 as part of an effort to influence the abortion dialogue, a director at the nonprofit said.

The nation’s largest abortion provider is losing the abortion battle in Washington but is upping its game through Hollywood, freelance journalist Nora Caplan-Bricker wrote Monday in The Washington Post Magazine.

Hollywood is increasingly cooperative, according to Caren Spruch, Planned Parenthood’s director of arts and entertainment engagement.

“Nobody used to call me,” Spruch told Caplan-Bricker. “I would be watching TV and going to the movies and figuring out who I thought might be open to including these story lines. Now I have a couple of repeat clients. Now people call me.”

Spruch estimated Planned Parenthood has advised Hollywood on more than 150 movies and shows since she assisted with the 2014 rom-com “Obvious Child,” Caplan-Bricker wrote.

Caplan-Bricker wrote that Spruch “is the rare person in the abortion rights movement for whom the past few years represent a long-awaited breakthrough in addition to a series of terrifying setbacks.”

The writer said Spruch pushes screenwriters to discuss abortion or “works as a script doctor” for screenwriters interested in incorporating storylines about abortion, birth control, or sexually transmitted infections.

“It’s a role she slipped into sideways, but one that now seems to be increasingly welcome in Hollywood,” Caplan-Bricker wrote.

Caplan-Bricker and Planned Parenthood did not respond to The Daily Caller News Foundation’s requests for comment.

“We could see hints of her in all the TV shows coming out, from ‘Shrill’ to ‘Jane the Virgin,’” the writer-director of “Obvious Child,” Gillian Robespierre, said, according The Washington Post. “It’s really wonderful. She’s like Planned Parenthood’s secret weapon.”

Pop culture has the ability to change the way people look at abortion, according to Melanie Roussell Newman, Planned Parenthood’s senior vice president of communication and culture.

“A lot of people learn about sexual and reproductive health care through pop culture and entertainment programs,” Newman said, according to the story. “We’ve seen pop culture change views around LGBTQ issues, for example, and pop culture has the power to challenge abortion stigma, too.”

Planned Parenthood is not the only organization aware of the cinematic power to change minds.

“The abortion industry’s grip on Hollywood is well-known, but what might be surprising is how soundly their propaganda has failed to move Americans’ minds and hearts,” Quigley told The Daily Caller News Foundation. “Pro-life sentiment is on the rise. The overwhelming majority of Americans, especially young people, disagree with the extreme agenda of taxpayer-funded abortion on demand through birth and even infanticide.”

“Americans are tired of pro-abortion elites telling them what to think and value,” Quigley added.

Caplan-Bricker mentioned both Chuck Konzelman and Cary Solomon, producers and directors of the anti-abortion movie “Unplanned.” She called them “conservative Christian filmmakers” and mentioned Planned Parenthood has said “Unplanned” “promotes many falsehoods.”

Both Konzelman and Solomon hit back at Caplan-Bricker’s story and her portrayal.

“Nora Caplan-Bricker’s glowing hagiography of Planned Parenthood’s director of arts and entertainment engagement, Caren Spruch, deserves to be studied in journalism classes everywhere—as an example of how powerfully biased a reporter can be, while remaining blissfully ignorant of it,” Knozelman told The Daily Caller News Foundation.

“The Washington Post has adopted the motto ‘Democracy dies in darkness.’But that’s not quite true,” Konzelman added. “It dies when the fourth estate ceases to serve as an impartial reporter of fact … and turns itself into an advocacy group with an agenda.”

Solmoon told The Daily Caller News Foundation: “To The Washington Post article’s claim that Chuck Konzelman and I are ‘conservative Christian filmmakers’—clearly intending the term as an insult—I can only say, ‘Guilty as charged.‘”

This article has been modified to update box office figures for the movie “Unplanned.”