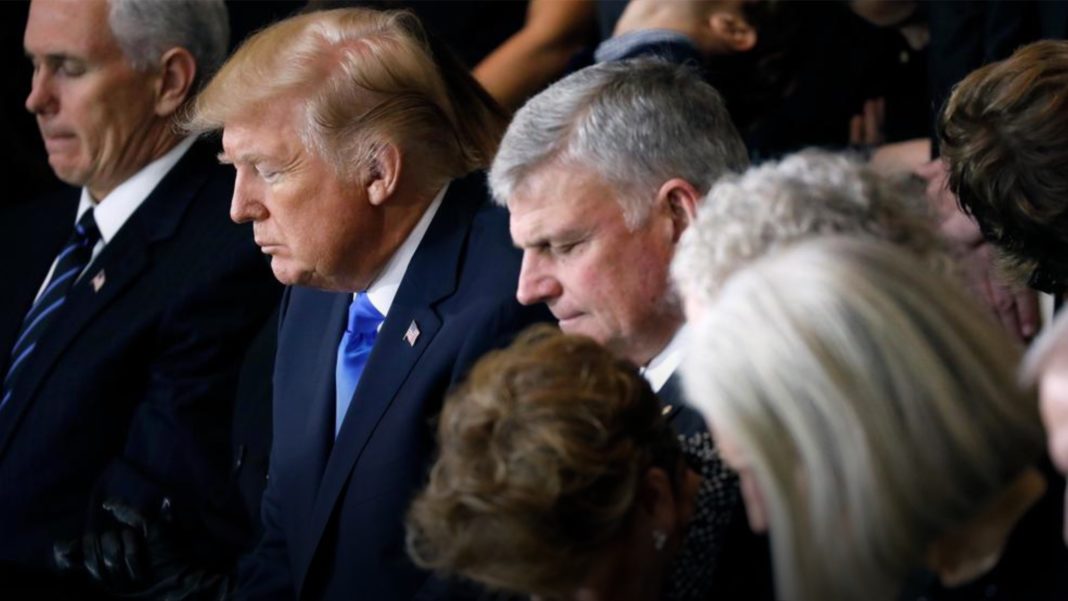 Christianity Today, in the latest development, has published a follow-up to their original article calling for President Trump’s removal from office, which received immense backlash from evangelical leaders. Franklin Graham, son of Billy Graham (the founder of Christianity Today), was among those who rebuked the article (read his statement in response here). In this edition, they attempt to cling to the moral high ground, claiming not only that Trump is “profoundly immoral” and a racist, but also that Christians who disagree with them are, essentially, giving more loyalty to Trump than Christ.

Franklin Graham took to Facebook to rebuke CT once again for their most recent comments, specifically, their slander of the President as “Profoundly Immoral.” Rev. Graham explains how that statement is, as a matter of fact, profoundly unBiblical:

Liberal-leaning Christianity Today said that President Donald J. Trump should be removed from office because he is “profoundly immoral.” Really? Profoundly? What does that even mean? Is profoundly immoral worse than mildly immoral, or slightly immoral, or worse than just being plain old immoral? It’s like when someone tells a lie—does it matter if it was an all-out lie or just a little white lie? No, both are lies. The Bible says all have sinned. That’s clear. The Bible doesn’t call us big sinners or little sinners, we’re just all sinners. The most important question is whether we have been forgiven.

Speaking as someone who is profoundly immoral, I’m just thankful that I have been PROFOUNDLY FORGIVEN.

Ephesians 2:4-5 KJV – “But God, who is rich in mercy, for his great love wherewith he loved us, Even when we were dead in sins, hath quickened us together with Christ, (by grace ye are saved;)”

Evangelicals have never had a president that has stood so firmly for Biblical values and rights with such backlash than Donald Trump! It is, frankly, a tragedy that among those fueled with satanic hatred for the President is a previously Christian magazine and one that had such a strong founding…