Franklin Graham to Christianity Today: My father ‘would be very Disappointed’ 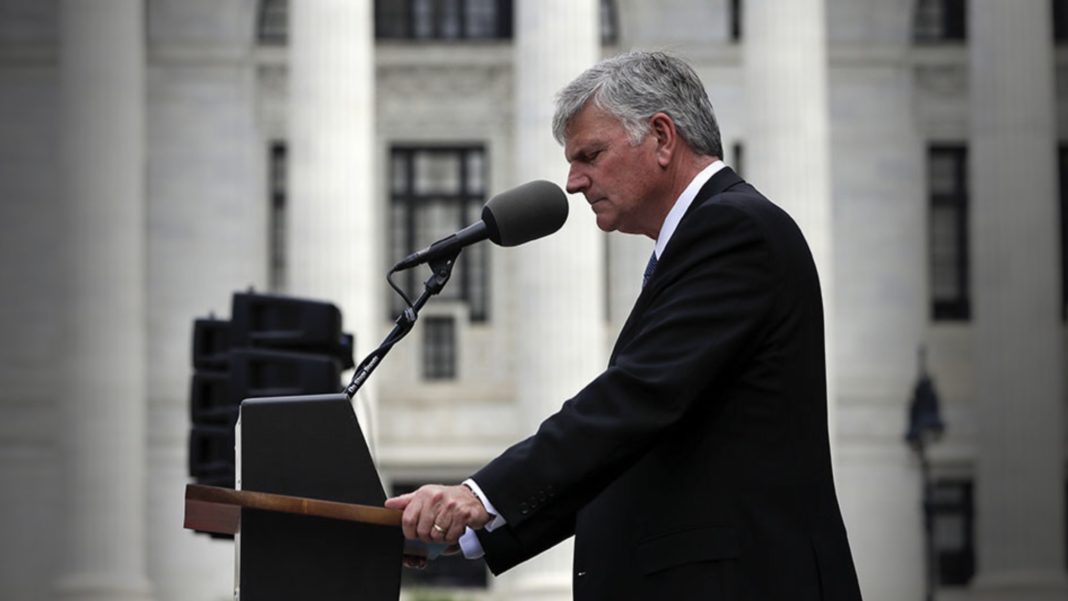 Franklin Graham took to Facebook to respond to Christianity Today’s article which invoked the name of Billy Graham, their founder, in a disgraceful call for President Trump to be removed from office. Rev. Graham explains that, in fact, his father would be very disappointed, here’s why:

My Response to Christianity Today:

Christianity Today released an editorial stating that President Trump should be removed from office—and they invoked my father’s name (I suppose to try to bring legitimacy to their statements), so I feel it is important for me to respond. Yes, my father Billy Graham founded Christianity Today; but no, he would not agree with their opinion piece. In fact, he would be very disappointed. I have not previously shared who my father voted for in the past election, but because of this article, I feel it is necessary to share it now. My father knew Donald Trump, he believed in Donald Trump, and he voted for Donald Trump. He believed that Donald J. Trump was the man for this hour in history for our nation.

Is President Trump guilty of sin? Of course he is, as were all past presidents and as each one of us are, including myself. Therefore, let’s pray for the President as he continues to lead the affairs of our nation.

Donald Trump has also condemned Christianity Today’s article via a series of tweets in which the President explained why their call for his removal, as evangelicals, is shameful:

A far left magazine, or very “progressive,” as some would call it, which has been doing poorly and hasn’t been involved with the Billy Graham family for many years, Christianity Today, knows nothing about reading a perfect transcript of a routine phone call and would rather have a Radical Left nonbeliever, who wants to take your religion & your guns, than Donald Trump as your President. No President has done more for the Evangelical community, and it’s not even close. You’ll not get anything from those Dems on stage. I won’t be reading ET again!

I guess the magazine, “Christianity Today,” is looking for Elizabeth Warren, Bernie Sanders, or those of the socialist/communist bent, to guard their religion. How about Sleepy Joe? The fact is, no President has ever done what I have done for Evangelicals, or religion itself!

Finally, the president thanked Franklin Graham for his rebuke of the magazine:

Thank you to Franklin Graham for stating that his father, the late great Billy Graham, voted for me in the 2016 Election. I know how pleased you are with the work we have all done together!