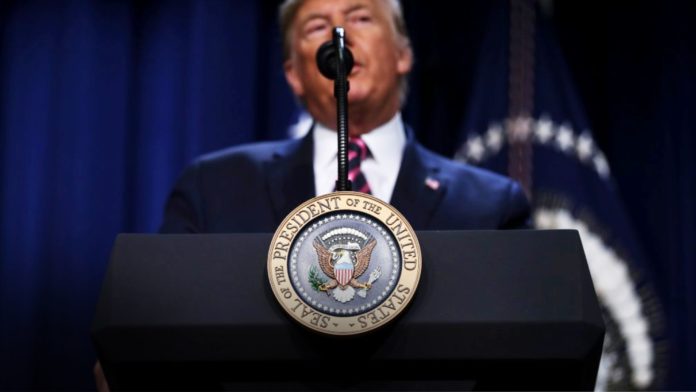 Some evangelical leaders are responding to an editorial written by Christianity Today Editor-in-Chief Mark Galli titled “Trump Should Be Removed from Office.”

Wednesday night, the U.S. House of Representatives voted mostly along party lines to bring two articles of impeachment against the president—with two Democrats voting against and one voting present. However, House Speaker Nancy Pelosi has not yet delivered the articles to the Senate.

CT’s op-ed, published yesterday, called for evangelical Christians to abandon their support of the president in order to maintain the “reputation of evangelical religion and the world’s understanding of the Gospel.”

Galli—who is retiring after the new year—suggested that Christianity Today founder, Billy Graham, would approve of CT’s call for the removal of Trump from the office of president.

Franklin Graham, son of Billy Graham and president of the Billy Graham Evangelistic Association and Samaritan’s Purse, responded by saying that his father would in fact be disappointed in CT’s article.

“Christianity Today released an editorial stating that President Trump should be removed from office—and they invoked my father’s name (I suppose to try to bring legitimacy to their statements), so I feel it is important for me to respond. Yes, my father Billy Graham founded Christianity Today; but no, he would not agree with their opinion piece. In fact, he would be very disappointed,” Franklin posted on social media.

Although Galli did mention several of Trump’s achievements over the last three years, he asserted that “none of the president’s positives can balance the moral and political danger we face under a leader of such grossly immoral character.”

Johnnie Moore, a commissioner for the United States Commission on International Religious Freedom, also took to social media to condemn CT’s article, calling it an “inconsequential editorial from the soon-to-be retired editor of Christianity Today, a wonderful magazine which [these days] only represents a certain segment of evangelicals, many who never supported [the president]. This is not a game-changing moment or hardly a surprise.”

Michael Brown, host of the syndicated “Line of Fire” radio program and president of the FIRE School of Ministry in Concord, North Carolina, also responded in an article of his own for the Christian Post.

“Where is it written that we must have political unity to be one in Christ? That we must have the same view of the president to stand together for the larger cause of the Gospel?” he wrote.

“It is one thing to urge evangelicals to say, ‘Let’s put forward an alternate candidate during the Republican primaries who will more closely mirror our values.’ It is another thing to say the president should be removed from office. For what, based on the Constitution?

“The stakes are very high, and our nation is dangerously divided. Let us be sure that as God’s people, we do not follow suit.”