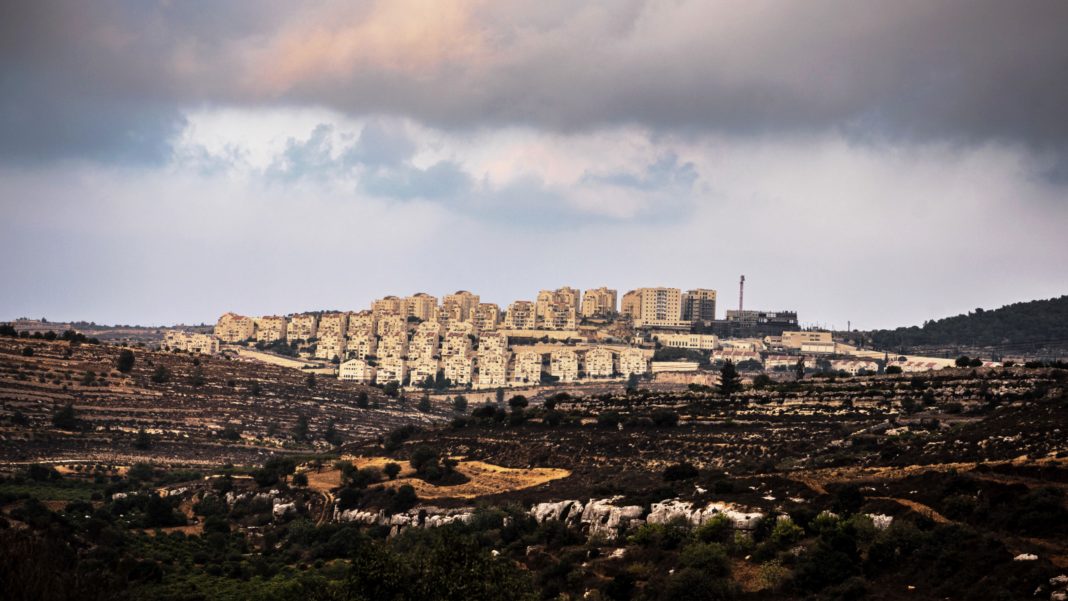 The Biden Administration strongly condemned plans by the Jewish state to expand Israeli settlements in the West Bank on Tuesday.

Israel’s government announced on Sunday that they had approved the construction of 1,300 homes in Judea and Samaria, with an additional 3,000 expected to be approved on Wednesday.

State Department spokesperson, Ned Price, stated that the United States is “deeply concerned” and “strongly oppos[es]” the “expansion of settlements,” claiming that Israel’s decision “is completely inconsistent with efforts to lower tensions” and “damages the prospects for a two-state solution.”

Back in March, Ned Price urged that the U.S. “longstanding position of previous administrations of both parties over the course of many decades” is that Israel is occupying the “West Bank, Gaza, and the Golan Heights” and has been since the “1967 war.”

However, that claim is not accurate in that it ignores and runs in stark contrast to the previous administration’s policies under President Trump.

Former Sec. of State Mike Pompeo announced in 2019 that the United States does not consider Israeli Settlements in the West Bank a violation of International Law.

The move was applauded by former Israeli Prime Minister Benjamin Netanyahu, who thanked the Trump admin. “for their steadfast position supporting truth and justice” and further stated that the policy “reflect[ed] a historical truth” and fixed a “historic wrong.”

The PM added that “the Jewish people are not foreign colonialists in Judea and Samaria. In fact, we are called Jews because we are the people of Judea.”

The change in stance was also praised by Christians in 2019, like Jan Markell, who said the moves served as “more evidence that the Trump administration [was] the most Israel-friendly U.S. administration in the modern history of Israel.”

The Trump administration also recognized Israeli sovereignty over the Golan Heights in March 2019, and in October of 2020, signed an agreement that removed a ban on funding Israeli research in the West Bank and the Golan Heights.

In November of 2020, the administration further announced that they would permit the labeling of products from Israeli Settlements to read “Made in Israel” / “Product of Israel.”

In his speech to the Jerusalem Post conference earlier this month, Mike Pompeo urged that the “future of our nations demands a more forceful assertion of the truth,” specifically addressing the antisemitic lie that Israel is an “occupier.”

“The future of our nations demands a more forceful assertion of the truth. In Israel’s case, it specifically involves confronting a false narrative that is the very beating heart of modern antisemitism. That beating heart is the lie. It is the lie that the State of Israel is an illegal occupier in the land of Israel,” Pompeo explained. “The lie of occupation provides Israel’s enemies a means to explain away all types of aggression and violence as merely resistance to the occupation. Just listen to what they have to say in the public rhetoric.”

“Given the negative connotation of the term occupier, antisemitic groups around the world use the word as often as possible in their messaging, as they carry out acts of cultural, political, and economic warfare upon Israel and its supporters,” he underscored. “This then leads to the term’s casual repetition by the media and its eventual use by policymakers as well. This presents a real risk. It is clear then that promoting the common misrepresentation of the Jewish state of Israel as an occupier in the land of Israel has become the primary antisemitic canard of the present generation.”

Similar to Biden’s administration, the United states’ stance under Obama was to oppose the settlements by claiming they were an “obstacle to peace.”

In its final months, Obama’s administration took a more resolved position by refusing to veto a vote at the United Nations that condemned the Israeli settlements and called them a ‘flagrant violation’ of International law. The U.S. chose instead to abstain from the vote, a move considered a massive betrayal to Israel.

Hansell Memorandum & The Wrong Side Of History

Previous to the Obama administration, in 1978, President Jimmy Carter, in the controversial “Hansell Memorandum,” first claimed that the Israeli settlements violated international law.

Behold Israel, in their article following the Trump administration’s historic reversal in policy, called the Hansell Memorandum a “tragic mistake” that put the United States on the “wrong side of history” and “God.”

“The memo that was authored by the Carter administration’s legal counsel, Herbert Hansell, was and is seriously found wanting,” the Behold Israel article insisted. “It lacked any depth as to information on the legitimacy and ‘legality’ of the Israeli settlements but packed a host of questionable motive and clear double-standards, the worst being that its precedent for the legality of the Israeli settlements hasn’t been applied to any other nation in a resembling situation. The memo concluded, in essence, that Jews who resided in the West Bank (Judea & Samaria), were only there because the state of Israel had relocated them there, removing the possibility that they might actually just see it as their homeland.”

“According to international law, ‘occupation’ occurs when one nation seizes control over the sovereign territory of another nation,” the article explained. “This is where the memo (and the Carter administration’s ruling) runs into more problems. Though Jordan took control of the West Bank in 1949 and purged it of its Jewish population, it was never officially part of Jordan or an Arab state. What this means is that anyone who resides in the West Bank, besides the Jews, is actually the occupier, which is what the international community has demonized Israel as for decades!”

“Furthermore, the 1978 memo, the routine condemnations handed down by the United Nations, and the protests on college campuses around the world, are all constructed on the false narrative that Israel is somehow occupying land that isn’t theirs,” it continued. “Not to mention that it’s not possible to ‘occupy’ land to which a nation already has the title, and Israel has the strongest argument for having rights to the land, both archeologically and historically.”

“Jews from around the world made their way back to the land in 1948 and continue to do so,” they wrote. “Just about every occupation since then has seen a population change regarding the territory in question. The double-standard surfaces when one realizes that the United Nations nor the United States never condemned the other ‘occupations’ throughout history. You don’t have to look closely to notice that there is a different set of rules for the Jewish State of Israel. It’s worth noting that the document goes as far as referring to the Jews as ‘belligerent occupants’.”

The Behold Israel article then applauded the former Trump administration who they asserted worked to “expose the historic double-standard set for the Jews throughout the international community” and commended them for Biblically following “suit with what God has already declared as a reality, whether they [knew] it or not.”

“Believe it or not, there is the right side of history to be on when it comes to the land of Israel and the Jewish people. They are the people that God made an everlasting covenant with and included in this covenant is a specific portion of land that the international community now claims they’re ‘occupying’ as if they don’t obtain the rights to it,” they concluded, pointing to a verse in the book of Joel which reads:

Joel 3:1-2 KJV – “For, behold, in those days, and in that time, when I shall bring again the captivity of Judah and Jerusalem, I will also gather all nations, and will bring them down into the valley of Jehoshaphat, and will plead with them there for my people and for my heritage Israel, whom they have scattered among the nations, and parted my land.”

RECOMMENDED: Hal Lindsey – To Whom Does the Land of Israel Belong?

From a Christian perspective, America moving away from the support of Israel is not only a huge slap in the face to a great ally, but it also places the country in direct opposition to God and His hand of Blessing.