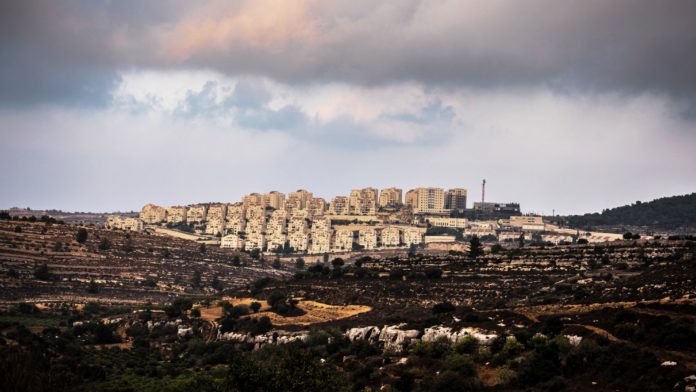 Last Monday, the White House announced their recognition of all Israeli settlements in the West Bank (Judea & Samaria in your Bible) as ‘legal’, further legitimatizing Israel’s sovereignty over the land that God promised to them over 5000 years ago. This decision reversed the tragic mistake made by the Carter administration in the 1970s, who condemned Israeli settlements in the region.

Fast forward four decades now, to when we currently have a president who has 1) recognized Jerusalem as the capital of the Jewish State of Israel, 2) formally recognized Israel’s ownership of the Golan Heights, and 3) now deemed Israeli settlements in Judea & Samaria as ‘legal’. Most of the world believes that Israel has been involved in the “oppression” of the Palestinians, when all along, they’re the rightful owners of the land! This decision by the White House is undercutting these ancient lies that have been rotating around the international community and exposing the truth at the same time.

Before making their announcement, the Trump administration consulted experts in international law for at least a year, which shows that this wasn’t an apathetic, passive decision, but rather something they’ve been invested in.

The same cannot be said of the Carter administration when it comes to the decision they made in 1978. The memo that was authored by the Carter administration’s legal counsel, Herbert Hansell, was and is seriously found wanting. It lacked any depth as to information on the legitimacy and “legality” of the Israeli settlements but packed a host of questionable motive and clear double-standards, the worst being that its precedent for the legality of the Israeli settlements hasn’t been applied to any other nation in a resembling situation. The memo concluded, in essence, that Jews who resided in the West Bank (Judea & Samaria), were only there because the state of Israel had relocated them there, removing the possibility that they might actually just see it as their homeland.

According to international law, ‘occupation’ occurs when one nation seizes control over the sovereign territory of another nation. This is where the memo (and the Carter administration’s ruling) runs into more problems. Though Jordan took control of the West Bank in 1949 and purged it of its Jewish population, it was never officially part of Jordan or an Arab state. What this means is that anyone who resides in the West Bank, besides the Jews, is actually the occupier, which is what the international community has demonized Israel as for decades!

Furthermore, the 1978 memo, the routine condemnations handed down by the United Nations, and the protests on college campuses around the world, are all constructed on the false narrative that Israel is somehow occupying land that isn’t theirs. Not to mention that it’s not possible to ‘occupy’ land to which a nation already has the title, and Israel has the strongest argument for having rights to the land, both archeologically and historically.

Jews from around the world made their way back to the land in 1948 and continue to do so. Just about every occupation since then has seen a population change regarding the territory in question. The double-standard surfaces when one realizes that the United Nations nor the United States never condemned the other “occupations” throughout history. You don’t have to look closely to notice that there is a different set of rules for the Jewish State of Israel. It’s worth noting that the document goes as far as referring to the Jews as “belligerent occupants”. The only reason that what the Trump administration is doing may seem outrageous, frankly, is because of the lies perpetrated upon the international community for decades. What the Trump administration is doing matters-not because of social justice, not because he campaigned on this-but for two primary reasons: 1) this administration is continuing to expose the historic double-standard set for the Jews throughout the international community and 2) biblically, this administration is only following suit with what God has already declared as a reality, whether they know it or not.

The Right Side of History

Believe it or not, there is the right side of history to be on when it comes to the land of Israel and the Jewish people. They are the people that God made an everlasting covenant with and included in this covenant is a specific portion of land that the international community now claims they’re ‘occupying’ as if they don’t obtain the rights to it. Sadly, the 1978 memo closes with the following:

“While Israel may undertake, in the occupied territories, actions necessary to meet its military needs and to provide for orderly government during the occupation, for reasons indicated above the establishment of the civilian settlements in those territories is inconsistent with international law.”

Joel 3:1-3 “For behold, in those days and at that time, when I restore the fortunes of Judah and Jerusalem, I will gather all the nations and bring them down to the valley of Jehoshaphat. Then I will enter into judgment with them there on behalf of My people and My inheritance, Israel, whom they have scattered among the nations; and they have divided up My land. They have also cast lots for my people, traded a boy for a harlot and sold a girl for wine that they may drink.”