US: Settlement Products To Be Labeled ‘Made in Israel’ 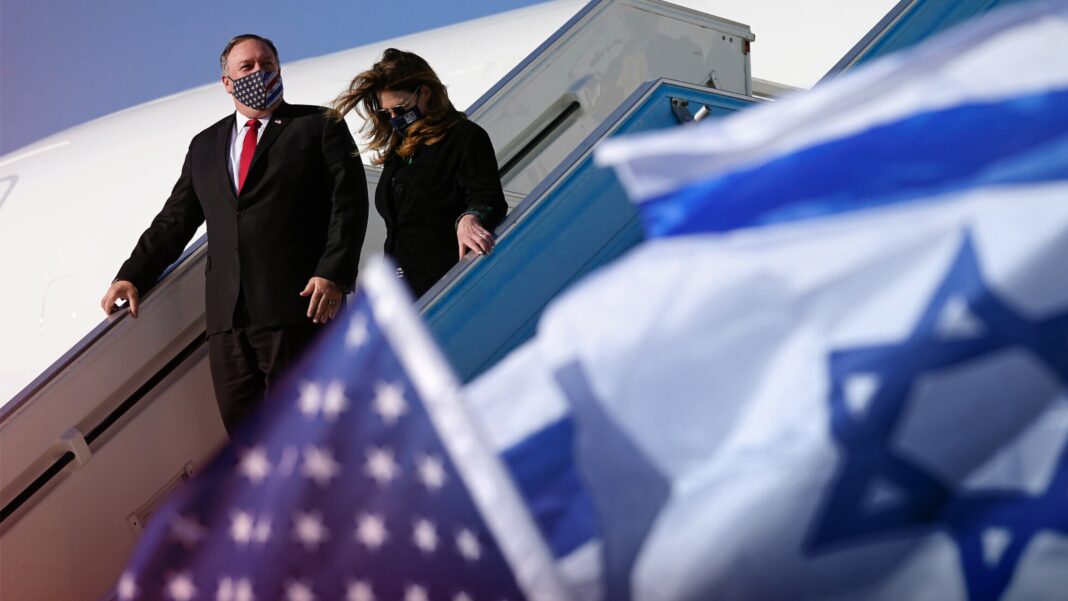 The United States will permit the labeling of imports from Israeli settlements as having been “Made in Israel” or “Product of Israel”, Secretary of State Mike Pompeo said in a statement on Thursday as he made a historic visit to a Jewish community in Judea and Samaria.

According to a Nov. 16 statement by four Republican senators, the previous Democratic administration’s guidelines were for such settlement products to be labeled as “Made in West Bank”.

Pompeo on Thursday became the first top US diplomat to visit an Israeli settlement, making a public visit to Psagot.

Pompeo also announced that the US would brand the international Palestinian-led anti-Israel boycott, divestment and sanctions movement as anti-Semitic and bar any groups that participate in it from receiving government funding. It was not immediately clear which groups would be affected by the move.

“We will regard the global, anti-Israel BDS campaign as anti-Semitic,” Pompeo said.

“We will immediately take steps to identify organizations that engage in hateful BDS conduct and withdraw US government support for such groups,” he said, adding that all nations should “recognize the BDS movement for cancer that it is.”

BDS organizers cast their movement as a non-violent way of protesting Israel’s policies toward the Palestinians modeled on the campaign that helped end apartheid in South Africa. The movement has had some limited success over the years but no impact on the Israeli economy.

As countries watch closely to learn the outcome of the US Presidential race, it cannot be denied that the result will starkly affect the entire world. President Trump’s loss or victory will specifically reverberate in the Jewish State, which has, in the past four years, been defended by the most Pro-Israel administration the United States has ever seen.

During his time in office, Donald Trump and his team recognized Israel’s capital, Jerusalem, by relocating their embassy. They have correctly recognized the Golan Heights as Israeli territory. They have kept immense pressure on the terror funding Iranian regime, which has threatened daily a “final solution” against Israel. The United States, in this time, has also offered incentives and disincentives to other nations based on their support of the Jewish State.

For Christians, these Pro-Israel moves are music to our ears, as we remember God’s promises:

However, reading this incredible promise by God recorded in Genesis is bittersweet with the election outcome up in the air.

The problem lies in the possibility that Joe Biden’s corruption and voter fraud will ultimately secure him as the 46th president of the United States. If that occurs, the wonderful days of American-Israeli partnership and friendship will be cut off.

This scenario would not be against the grain of Bible Prophecy, however, which speaks of a Jewish state that stands alone in the midst of its scheming enemy nations (as outlined in Ezekiel 38), and those that seek to divide up their land (Zechariah 12).