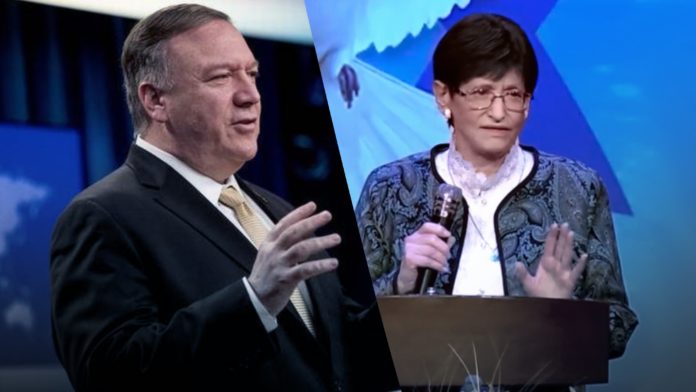 A messianic Jewish leader is pleased that President Donald Trump decided to reverse the Obama-era policy regarding Jewish settlements in the so-called “disputed” territory of Israel.

Israeli Prime Minister Benjamin Netanyahu celebrated Monday’s announcement by Secretary of State Mike Pompeo that the United States does not consider Israeli settlements in the West Bank a violation of international law. Netanyahu called the Trump administration’s declaration – which stepped back from four decades of U.S. policy and reversed the policies of former President Barack Obama – a “huge achievement” that fixed “a historic wrong.”

Netanyahu: “Today, the United States adopted an important policy that rights a historical wrong when the Trump administration clearly rejected the false claim that Israeli settlements in Judea and Samaria are inherently illegal under international law.”

“This policy reflects an historical truth – that the Jewish people are not foreign colonialists in Judea and Samaria. In fact, we are called Jews because we are the people of Judea….”

“Israel is deeply grateful to President Trump, Secretary Pompeo and the entire U.S. administration for their steadfast position supporting truth and justice, and calls upon all responsible countries who hope to advance peace to adopt a similar position.”

Although the decision is viewed as largely symbolic, it fueled calls from settler supporters for increased construction or even the annexation of parts of the West Bank.

Gary Bauer, a staunch supporter of the Jewish nation, points out that every administration since Jimmy Carter’s – Republican and Democrat alike – refused to act on a controversial legal opinion from the Carter administration known as the Hansell Memorandum, which suggested that Israeli settlements in Judea and Samaria were illegal. Until December 23, 2016, that is.

“That’s when the Obama administration, literally in its final month in office, betrayed Israel at the United Nations Security Council,” Bauer states in his End of Day Report yesterday. “Then-U.S. Ambassador to the United Nations Samantha Power was ordered by Obama to abstain, rather than veto, a resolution that condemned Israeli settlements as a ‘flagrant violation’ of international law.”

Jan Markell, founder and director of Olive Tree Ministries, spoke with OneNewsNow about the revised position under the Trump administration.

“The pro-Israel community – and for that matter, many in Israel, [I know] because I’ve talked to them – are very, very pleased. All the terminology that has gone on under various administrations has been ludicrous, particularly what Barack Obama did as he went out of office. So, this again is just more evidence that the Trump administration is – as we’ve said consistently – the most Israel-friendly U.S. administration in the modern history of Israel.”

But Markell predicts this latest announcement by Pompeo is going to stir up more trouble in the Middle East.

“The Palestinians will take this very badly – and probably there will be some bloodshed here in the coming weeks and months as a result of this. Still, I’m glad President Trump did it. Israel is God’s land and he did not give it to so-called ‘Palestinians’ – [God] gave it to the Jewish people.”

The Trump administration has made a number of moves in favor of Israel, recognizing Jerusalem as Israel’s capital, recognizing Israel’s annexation of the Golan Heights, and shuttering the Palestinian diplomatic offices in Washington.