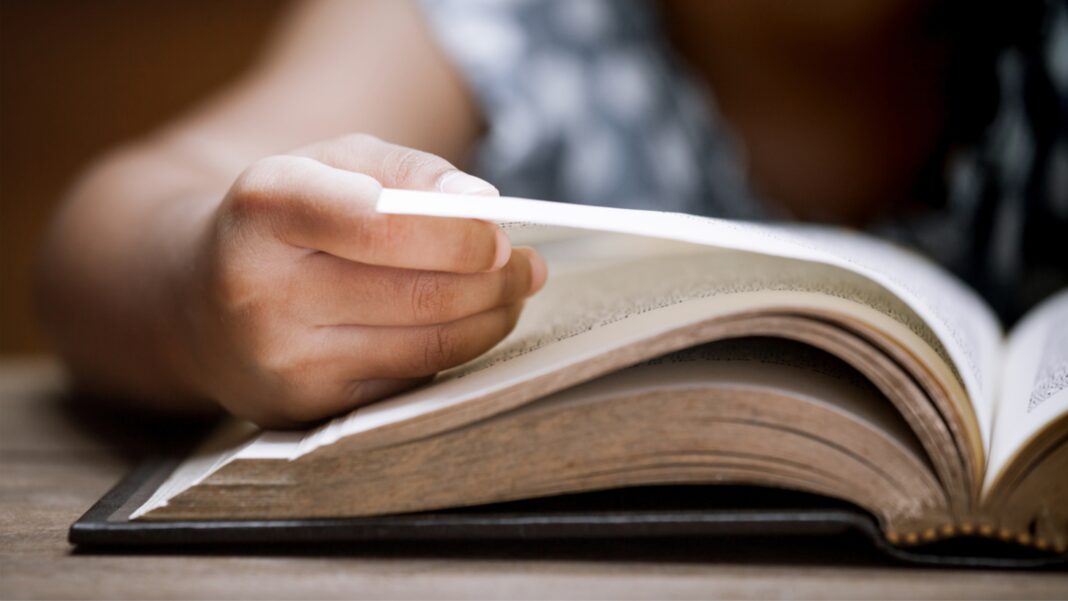 A few weeks ago, the Pew Research Center came out with its most recent survey on the faith of today’s teenagers. While there are a few nuggets of hope amidst the pages and pages of data, there is one message that does seem to be coming through loud and clear: America’s teenagers are losing their religion.

There are several potential reasons for this. Today’s teenagers are growing up in a society that is increasingly hostile to faith, especially regarding faith-based values, and the social cost of being identified as religious amongst one’s peers is getting higher with each passing day.

Christian pollster George Barna documented this in a recent survey that found religious teenagers hesitant to use the words “evangelism” and “convert” because they are fearful of being branded as “intolerant” of other beliefs.

Secondly, many churches tend to focus on the older end of their membership spectrum and leave those who are younger to fend for themselves. When there is not a support system or sense of community amongst one’s peers, teenagers and young adults tend to drift elsewhere and away from the church, with many never coming back.

Sadly, the result is often aging congregations and disenfranchised youth. Not a good scenario for the long-term health of the church or overall religious faith in our nation.

Finally, this could be a sign of how the continued deterioration of the family and rampant secularization impacts the church, just as it is affects greater society. Why? Because, as the Pew survey points out, one of the main reasons that children remain in the faith is because they are in intact homes with two believing parents.

As it has been said, faith, and the values that accompany it, are “caught, not taught,” and if mom and dad aren’t going to church, or there is not a mom or a dad to model faith to them, there is nothing for teenagers to catch unless they encounter some influence outside the home.

The report offers a glimmer of encouragement by indicating that those teens who do live with faithful parents, for the most part, continue to identify with their parent’s faith and attend church with them.

This is particularly true with evangelical families. These families tend to be tighter knit and remain intact with a mother and father throughout a young person’s childhood and teenage years.

In addition, evangelical families, and especially fathers, take the practice of their faith more seriously throughout the week, unlike other families who may see their faith as simply being a Sunday morning exercise to check off the weekly to-do list like grocery shopping. Families with fathers who are active in their faith are more likely to have children that continue on in the faith.

But once you get outside evangelical homes, the glimmer starts to dim.

Perhaps the most alarming statistic, and the one that shows the pernicious influence of our increasingly secularized culture, is that one-third of 13- to 17-year-olds profess to be “religious nones.”

In the past, this sort of drift happened after teenagers left the home and entered secular universities, where they either embraced faith or would drift away as they faced temptations or if their faith came under withering attack.

This trend in “religious nones” mirrors the rising number of adults who profess no religious faith. What begins in the teenage years often carries over into adulthood.

And unfortunately, as often happens, some individuals are proposing the wrong solutions to the problem.

The downward trend in religious faith in America, particularly among the old mainline denominations, started to occur when they drifted away from preaching truth to embrace “social justice.”

Without absolute truth as an anchor to fortify one’s faith, the church became nothing more than just another philanthropic group or social club of like-minded adherents without a compelling reason to be a member.

Sadly, many are calling for the church to repeat this mistake and forsake truth to reach younger generations. These voices are recommending the church embrace a bevy of trendy social issues and concerns to entice young churchgoers.

Yet, true social justice only occurs from a citizenry that embraces the truth of Scripture—in particular, that we are all made in the image of God, and thus all human beings should be treated with dignity and respect.

The “social justice” drift of the past sixty years has only left empty pews, often with a few gray-haired individuals scattered across an increasingly cavernous sanctuary.

Without absolute truth, which is the one thing that differentiates the church from other secular organizations, I am fearful that we will continue to see teenagers and adults continue to drift away from religious faith.

Without strong families and involved parents, teenagers will look elsewhere for direction in their lives, often to a world that wants to give them all the wrong guidance.

If we want America’s teenagers to start gaining back their faith, perhaps it is time we start here—through biblical teaching and faithful families. Because if we return to those things, then true social justice will occur as well, and teenagers once again will see the church as their own community rather than just the community of their parents and grandparents.

Ken Ham responded to a similarily disturbing report from Barna, which showed how the Pandemic “could accelerate faith loss among young people.” Ham saying this should serve as a warning to the lukewarm church:

I believe the events of 2020 are a warning to the by and large lukewarm church. It’s a warning that God’s people need to be raising up generations with the foundation of God’s Word beginning in Genesis, and equipped with apologetics to answer the attacks on Scripture that can cause doubt and put people on a slippery slide of unbelief.
Sadly, much of the church has resorted to entertainment, performance-oriented singing groups, and shallow teaching that will not stem the exodus of the younger generations from the church.
Also, much of the church has compromised Genesis with man’s pagan religion of evolution/millions of years.
I pray this year will be a wake-up call for the lukewarm church to return to God’s Word as the absolute authority, beginning in Genesis.

The issue first and foremost that has caused a departure from Christianity, especially among young people, is that the churches themselves have forsaken sound doctrine, to tickle ears and appeal to a fallen world.

Jan Markell, founder of Olive Tree Ministries, in her article, “What happened to my church?” explained this alarming and unbiblical trend within many churches:

Someone made a conscious decision that we should have a “new way of doing church”, although many members and attendees agreed there was nothing wrong with old ways of doing church. Terms began being used like “purpose-driven,” “seeker-sensitive,” “church-growth movement,” “postmodernism”, “Emergent”, and more.

People started to hear about love, unity and tolerance. We must be known for what we agree on, not what we disagree on. Everything and everyone must be accepted. Aberrations must be accepted. Sin must be accepted. People loved having their ears tickled. They would be encouraged to “feel good” and have their self-esteem built up. Sound doctrine was being set aside.

The saving of souls was being set aside for the entertainment factor and social justice causes. It seemed that many in the church no longer cared that so many were on their way to hell! What an offensive, intolerant thought. But clearly sound doctrine will separate and divide so we must tread lightly in that area.

Relevant issues have vanished. Pulpits have become afraid to talk about voting biblical values. Pastors quit speaking in favor of marriage and against abortion. It seemed like an “eleventh commandment” came into the church: Thou shalt not offend. Taking a stand was clearly over.

When it came to issues like Bible prophecy, the silence became deafening! People were told this was “divisive” although rock music in the church apparently was not! Millions are going to be left behind at the Rapture of the Church but there are no warnings about this going out from hardly any church. Instead, pulpits are dispensing Osteen-type messages that talk about “your best life now” on this broken, corrupt planet.