Markell: What Happened to My Church? 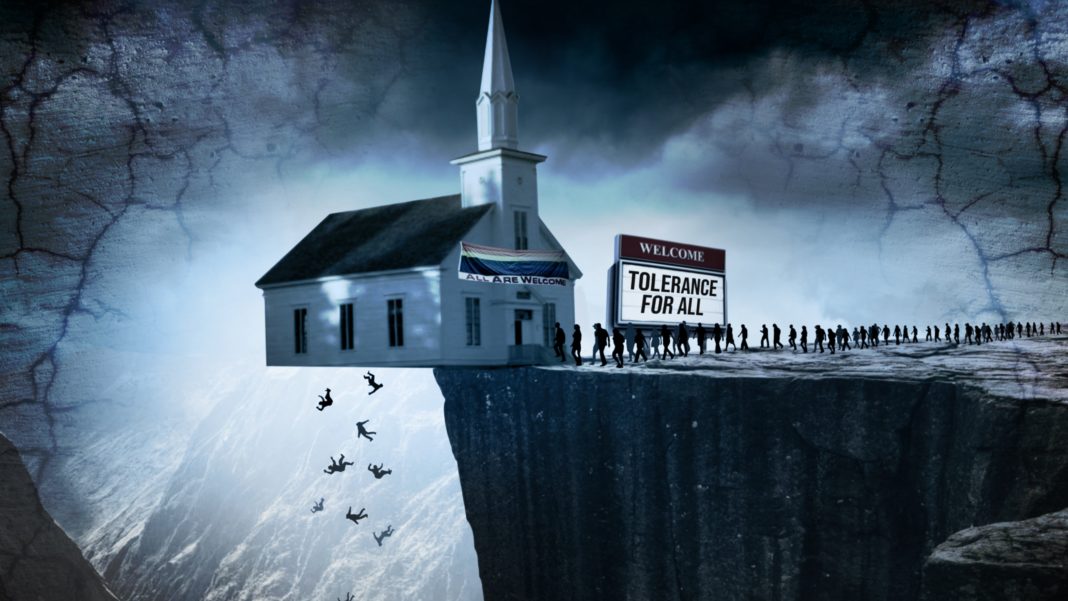 Church issues are the most frequent inquiry I get here at Olive Tree Ministries. Other leaders tell me the same. What has happened in the last 30-40 years? Many people visit church after church only to walk away disheartened. Others are lifetime members of a church and have seen changes that left it unrecognizable — spiritually speaking.

At first, members and attendees wonder if they are being a bit too judgmental, but the sad reality eventually sinks in that something has gone terribly wrong.

My background is in a fundamental church in Minneapolis that delivered verse-by-verse messages and had frequent prophecy conferences. Try to find that today! You will find a few but they are few and far between. This same church warned me about a coming apostasy back in the 1970s, but who knew it would get so bad starting somewhere in the 1990s. Nothing could have prepared me.

First it was music that became the great divider. Nobody minds some guitars and a bass but into the second decade of the 21st Century, ear plugs are handed out as one enters the church sanctuary.

Some churches open with a secular song, dim the lights, add some smoky fog, and have an atmosphere similar to the local bar. All of this is to enhance choruses that will be sung two-dozen times by hypnotized church members. I would learn that it is to attract “seekers” — a 21st Century term. Bill Hybels admitted that he came up with the term but confessed it didn’t work well in his church!

Organs and pianos were tossed out 25 years ago because they did not promote “church growth.” The over-age 55 crowd was on their own. Some churches threw them a bone with an 8 a.m. service for those with gray heads. That trend began “the great divide” between generations.

Someone made a conscious decision that we should have a “new way of doing church”, although many members and attendees agreed there was nothing wrong with old ways of doing church. Terms began being used like “purpose-driven,” “seeker-sensitive,” “church-growth movement,” “postmodernism”, “Emergent”, and more.

People started to hear about love, unity and tolerance. We must be known for what we agree on, not what we disagree on. Everything and everyone must be accepted. Aberrations must be accepted. Sin must be accepted. People loved having their ears tickled. They would be encouraged to “feel good” and have their self-esteem built up. Sound doctrine was being set aside.

The saving of souls was being set aside for the entertainment factor and social justice causes. It seemed that many in the church no longer cared that so many were on their way to hell! What an offensive, intolerant thought. But clearly sound doctrine will separate and divide so we must tread lightly in that area.

Relevant issues have vanished. Pulpits have become afraid to talk about voting biblical values. Pastors quit speaking in favor of marriage and against abortion. It seemed like an “eleventh commandment” came into the church: Thou shalt not offend. Taking a stand was clearly over.

When it came to issues like Bible prophecy, the silence became deafening! People were told this was “divisive” although rock music in the church apparently was not! Millions are going to be left behind at the Rapture of the Church but there are no warnings about this going out from hardly any church. Instead, pulpits are dispensing Osteen-type messages that talk about “your best life now” on this broken, corrupt planet.

This is just a short explanation as to why e-mails and letters pour into this ministry and others asking about how they might find a healthy, relevant church in their neighborhood.

In 2017 my friend Terry James invited me to submit a chapter in his proposed book titled “Deceivers: Exposing Evil Seducers & Their Last Days Deception.” I had been doing Christian radio across the country for many years and as I researched programs, I was reminded daily that there had been a straying from sound doctrine.

I was confronted with the fact that I had two choices: I could overlook this trend or expose it. I took the warning to watchmen in Ezekiel 33 very seriously and I determined to confront the false teaching head-on and tell the truth about it. I did not want the blood on my hands! I knew this would cost me listeners and friends. I would soon find out that certain radio stations would marginalize me and even ban me for the naming of names.

Was this too high of a price to pay? I had to seriously ponder that and count the cost. Could I stick with my plan? It’s a big, lonely world. We need all the support we can get. My plan would not win friends — but it might save some people from making lifelong theological mistakes by revealing who and what could be trusted and not trusted.

I began my research by tracing the history of false doctrine and reckless church movements going back to the early 1900s to the present. From mystical madness such as so-called Christian Yoga to the experiential of the New Apostolic Reformation, wolves were prowling around the flock.

At the same time I saw that discernment was going over a cliff as books like “The Shack” and “Jesus Calling” were embraced as much as the Bible.

An entire movement sprang up around Todd Bentley who kicked sick people with his biker boot to heal them and this was celebrated.

Evangelical organizations like the NAE embraced global warming and called for America to destroy all her nukes. What does this have to do with the gospel?

Ecumenism soared and Protestants began embracing Catholicism. Kenneth Copeland announced that the Reformation was over.

I observed something called the “laughing revival” and I concluded that it wasn’t so funny.

I could go on and on.  You can see that the odds of you having a healthy, well-balanced church are slim but they are out there! If you have one, thank God for it daily. If you don’t, know that you are not alone. Millions visit nearly every potential church in town and walk away perplexed and heart broken. Are they looking for perfection? A few may be but most are not.

They just know today’s church would most likely not be recognized by their parents or grandparents. Jesus said the gates of hell would not prevail against the church (Matt. 16:18). Having said that, the gates of hell are trying like crazy to penetrate the church, change it, change its message, change its purpose, distort the gospel, and wear down the saints — pastors included.

In summary, GotQuestions.org says, “….the church is not a building or a denomination. According to the Bible, the church is the body of Christ — all those who have placed their faith in Jesus Christ for salvation (John 3:16; 1 Corinthians 12:13). Local churches are gatherings of people who claim the name of Christ.

Members of a local church may or may not be members of the universal church, depending on the genuineness of their faith. The local church is where believers can fully apply the ‘body’ principles of 1 Corinthians chapter 12: encouraging, teaching, and building one another up in the knowledge and grace of the Lord Jesus Christ.”

Christ died for the Church and we cannot give up on it! A heavenly endless church service awaits us in Eternity with a celestial choir and orchestra. The preaching will also be out of this world! We’ll all be one denomination. The bickering will be over with. We won’t insist on our own way. We’ll finally be in one accord.

Finding Peace In The Midst Of Lawlessness & Deceit