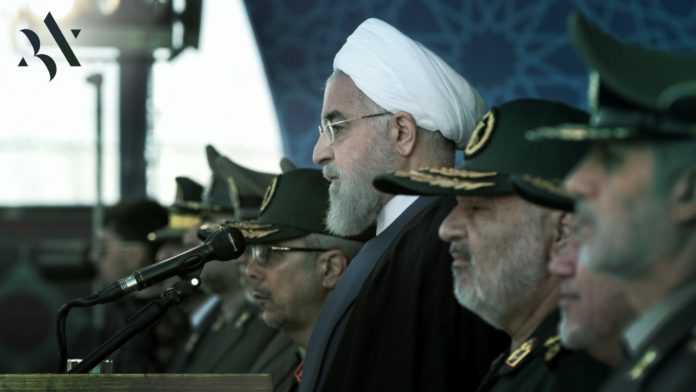 Commander of the U.S. Naval Forces Central Command (NAVCENT)/5th Fleet Vice Admiral James Malloy voices concerns over Iran’s seeming lack of activity; The US and Saudi Arabia continue to share intelligence information; Malloy: I get a briefing of movements on a daily basis and then assessments as to what that could mean.

Following the attack on the Saudi oil production facility on September 14, 2019, the United States along with Saudi Arabia and some European countries such as Britain, France, and Germany, have all adamantly blamed Iran for the attack.

Originally, the Iranian-backed Houthi rebels inside Yemen took responsibility for the attack, but the evidence didn’t support this claim at all. It didn’t take long for investigators to find out that the missiles and drones used in the attack unquestionably came from the north, removing Yemen as a possibility. In fact, they’ve traced the source of the attack back to its exact location in southern Iran.

After the convening of the United Nations, followed by the White House banning the visas of Iranian officials and their families, Iran has remained oddly quiet-at least that’s how it appears.

In a recent interview, Commander of the US Naval Forces Central Command/5th Fleet Vice Admiral James Malloy gave a brief update regarding the seeming inactivity of Iran. While nothing has made headlines, what he had to report is certainly informing. While this time of “silence” might be interpreted in a way that has some believing that Iran is perhaps settling down, Malloy would have you think twice.

Malloy stated, “I don’t believe that they’re drawing back at all… whether they’re moving to storage, away from storage… I get a briefing of movements on a daily basis and then assessments as to what that could mean.” Regarding Iran’s current tact, he said, “From my perspective, it is a land-based version of what they did with the mines…quick, clandestine — deny it if you can… Send a signal and harass and provoke.”

The United States remains on the alert, supporting the Saudi’s via military force and the sharing of intelligence information.