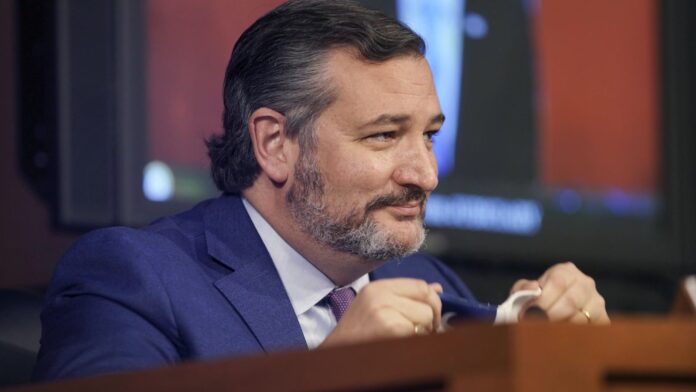 Sen. Ted Cruz (Texas) and five other Senate Republicans have introduced a constitutional amendment to prevent Democrats from packing the Supreme Court if Joe Biden wins the White House and Democrats capture the Senate.

The proposed amendment simply states: “The Supreme Court of the United States shall be composed of nine justices.”

It would need to pass with a two-thirds super majority in both the Senate and the House and need to be ratified by three-fourths of the states, or 38 of the 50 states, within seven years after its submission for ratification.

“Make no mistake, if Democrats win the election, they will end the filibuster and pack the Supreme Court, expanding the number of justices to advance their radical political agenda, entrenching their power for generations, and destroying the foundations of our democratic system,” Cruz said in a statement.

“We must take action before election day to safeguard the Supreme Court and the constitutional liberties that hang in the balance,” he added.

“Proposals to ‘pack’ the Supreme Court and add seats to change its ideological balance should concern every American. There have been nine seats on the Supreme Court for more than 150 years, providing stability and trust in the rule of law,” Wicker said in a statement.

Some Democrats have threatened to add justices to the high court if they win the White House and control of the Senate after the Nov. 3 election.

Senate Democratic Leader Charles Schumer (N.Y.) isn’t ruling anything out although there doesn’t appear to be much support in the Democratic caucus for expanding the court.

“Let me be clear: If Leader McConnell and Senate Republicans move forward with this, then nothing is off the table for next year,” Schumer told colleagues in a call last month.

Democratic presidential nominee Joe Biden has dodged questions about whether he would support adding justices to the Supreme Court, though he said last week during a town hall event that he would make his position clear before the election. Biden has tied his position to how the Senate GOP handles Trump’s nomination to the court of Amy Coney Barrett.

Trump nominated Barrett to replace Ginsburg after her death in September. The Senate GOP has moved to confirm Barrett before the election, though in 2016 it refused to grant a hearing to former President Obama’s nominee, Merrick Garland.

Cruz and his GOP colleagues have also introduced a bill that would create a point of order against legislation modifying the number of justices on the Supreme Court.

It states that “it shall not be in order to consider a provision in a bill, joint resolution, motion, amendment” to modify the number of justices.

If passed, the presiding chair of the Senate would then decide if any bill or resolution violates the point of order against packing the court. A majority of senators, however, could vote to overrule the chair’s decision.

Franklin Graham – Senator Ted Cruz and some other Senators submitted a constitutional amendment to combat a threat to pack the Supreme Court by those who oppose Amy Coney Barrett’s confirmation. The proposed amendment simply states: “The Supreme Court of the United States shall be composed of nine justices.” Just 13 words, known as the “Keep Nine” amendment, but so important.

Court packing would allow agenda-driven activist judges to literally steal the role of Congress and create law themselves, rather than applying the law as written by Congress. The thought of just adding more and more justices to the Supreme Court until they have enough left-leaning justices who would create their own set of laws would destroy the constitutional fabric of our nation. We need to pray that the American people realize these dangers and challenge those who would push to pack the court.

We need to pray for God’s undeserved mercy and help for our country. We’re at a critical crossroads. Join me in prayer and fasting this Sunday, October 25, for the future of this nation. We can’t make it without God. “’Yet even now,’ declares the LORD, ‘return to me with all your heart, with fasting, with weeping, and with mourning;'” (Joel 2:12).