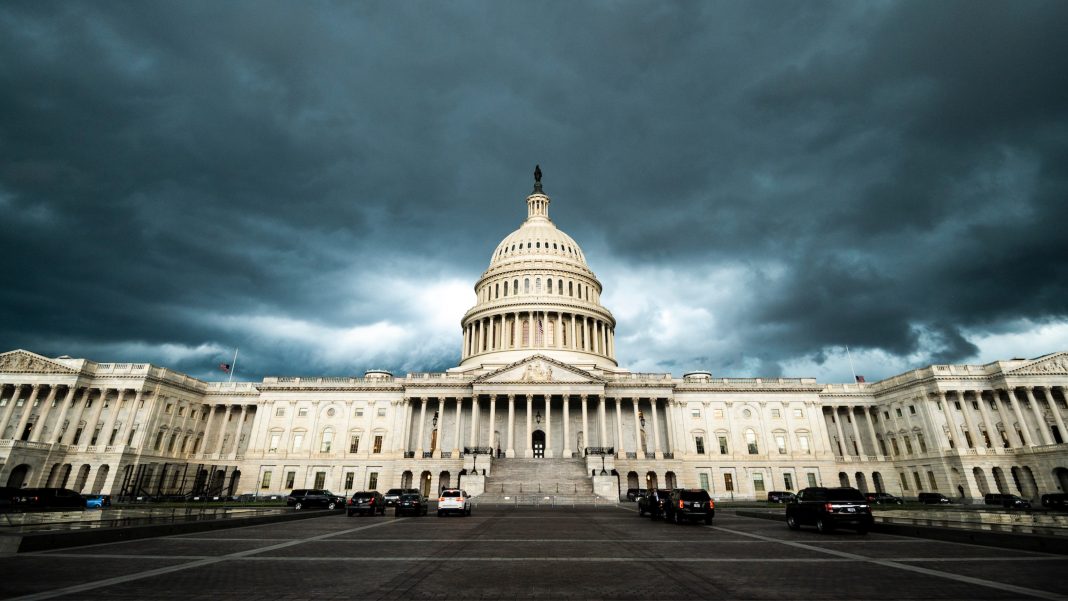 Driven by fears that the Supreme Court may be on the verge of overturning the landmark pro-abortion ruling Roe v. Wade, the U.S. House of Representatives voted 218-211 Friday to pass legislation that would enshrine abortion on demand in federal law.

In December, the nation’s highest court will begin hearing oral arguments in Dobbs v. Jackson Women’s Health Organization, which concerns Mississippi’s HB 1510 law banning abortions from being committed past 15 weeks for any reason other than physical medical emergencies or severe fetal abnormalities. Abortion defenders argue it violates the judicially-created “right” to pre-viability abortions; pro-lifers hope the case will finally lead to the reversal of Roe.

In May, House Democrats reintroduced the so-called Women’s Health Protection Act (WHPA), purportedly to prepare for such a future, though it would go much further than granting the tenets of Roe statutory legitimacy.

The legislation, which has been repeatedly introduced over the past several years without being acted upon, establishes a federal statutory right to perform and obtain abortions, including after fetal viability (under the broad cover of “health”), and specifically forbids states from subjecting abortion to ultrasound requirements, mandatory waiting periods, informed-consent requirements, and other health and safety regulations, such as admitting privileges.

The WHPA also protects so-called “webcam” abortions (i.e., dispensing abortion pills without an in-person doctor’s visit), forbids banning abortions on the basis of a baby’s race, sex, or disability, and forbids banning particular techniques such as dilation and evacuation (D&E) procedures, better known as “dismemberment” abortions because they entail literally ripping unborn babies apart in the womb, then removing them from the uterus limb by limb.

Earlier in September, Democrat Speaker of the House Nancy Pelosi framed the measure as a response to the Texas Heartbeat Act, as well, which forbids abortions on the basis of a detectable fetal heartbeat, and, thanks to its unique enforcement mechanism of private civil suits against violators, has yet to be blocked by the courts.

“S.B. 8 delivers catastrophe to women in Texas, particularly women of color and women from low-income communities,” Pelosi declared, calling it “the most extreme, dangerous abortion ban in half a century, and its purpose is to destroy Roe v. Wade, and even refuses to make exceptions for cases of rape and incest. This ban necessitates codifying Roe v. Wade.”

“What the Democrats are bringing before us, it’s really a radical bill,” Republican House Minority Leader Kevin McCarthy said this week. “It goes beyond Roe v. Wade. It allows abortion on demand up until birth. It shows how far left Democrats have become. Regardless of how you feel about the situation, that is not the place I believe Americans are at. But they are going to spend their time pushing that onto the floor.”

While President Joe Biden is in favor of codifying Roe, and today’s vote is sure to please the Democrats’ pro-abortion base, practically the WHPA is not expected to become law anytime soon. The bill currently has 47 co-sponsors in the evenly-divided Senate, and would need at least ten Republicans to join every Democrat to pass under current rules. Abolishing the legislative filibuster would enable the bill to pass with a simple majority, but Democrat Sens. Kyrsten Sinema and Mark Kelly of Arizona, and Joe Machin of West Virginia, are not in favor of going that far, to the frustration of left-wing activists.

That means that, for now, the future of abortion law remains in the Supreme Court’s hands. Many pro-lifers see the upcoming Mississippi case as the greatest test yet of the current justices, a majority of whom were appointed by Republican presidents yet have still disappointed pro-lifers and conservatives on various occasions.

Only Justice Clarence Thomas is explicitly on the record as anti-Roe, and only he and Justice Samuel Alito have established consistently conservative records over a significant period of time. While those two joined with former President Donald Trump’s three appointees to form a majority willing to let the Texas law temporarily stand on procedural grounds, the latter have disappointed conservatives in other cases, so how they will rule on the substance of abortion law remains to be seen.

Rep. Mike Johnson tweeted on Thursday, “The dark skies over the Capitol this morning seem appropriate in light of the darkness that is being advanced by inside. When the Democrats force a vote tomorrow on their Abortion on Demand Until Birth Act (HR 3755), they will go on record SUPPORTING barbarism & brutality.”

Rep. Jody Hice, stated on Twitter, “Life is SACRED. It’s a fundamental and divine right gifted to each and every single human being. LIFE and the RIGHT TO LIFE is something only God Almighty gives and our Constitution guarantees.”

Oftentimes we have seen democrat lawmakers name their Bills in a deceptive matter relying heavily on a society that has shifted away from personal due dilligence.

The “Equality Act” for example, has a name that suggests it works to protect the rights of all Americans. However, those who examined the Bill learned that its name is far from accurate, with some calling it the “most comprehensive assault on Christianity in America ever written into law.”

The “Women’s Health Protection Act” is no different. Not only do abortion clinics routinely place the health of women seeking abortions at risk, but the Bill also seeks to remove restrictions based on sex selective abortion. Further, as Ken Ham has noted, calling abortion a matter of women’s “health” or “choice” is a less than honnest description:

“Abortion is the killing of an unborn child in his or her mother’s womb,” Ham wrote. “There’s really no other honest way of describing it. Actually, there is another word for it—murder. So-called “pro-choice” activists (really, “pro-murder” activists) use terms like “reproductive freedom,” “health care,” or “a woman’s right to choose” to try and make abortion sound like anything but what it is—the intentional murder of an unborn child.”

Generations of men and women have, through Biblical ignorance, been convinced by a godless world that such evils like abortion are acceptable. With a large percentage of churches silent on this important issue, many remain uninformed about what the Bible says about life in the womb.

With abortion laws changing in our country, it’s important to note what the Bible says about the issue. Throughout God’s Word, it’s clear that human life is precious to Him. More than ever, we need Biblical answers to questions regarding abortion and the sanctity of life.

RECOMMENDED: Abortion and the Culture of Death