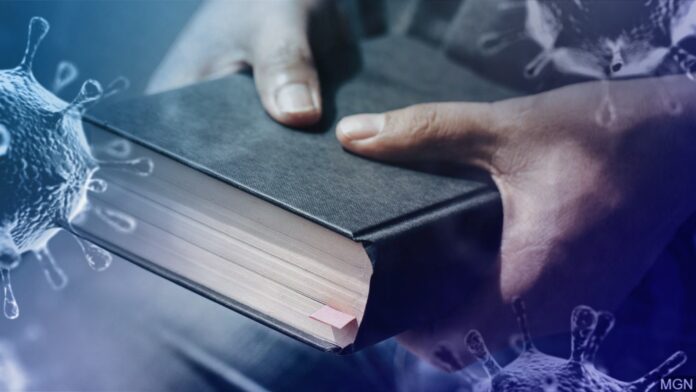 It was one of those years when Bible prophecy proved itself to be more than a theoretical understanding of the prophets’ words. It was real, visceral. You could feel it and taste it. The world shifted toward the reign of antichrist and the terrors of tribulation. But we could also see the Light of the world beaming closer and closer. The signs of our times point to a brief reign for the antichrist, then an eternal reign for the Lord of Lords and King of Kings.

More clearly than ever, we see the prophetic scenario unfolding before our eyes. Jesus is coming soon!

The Bible teaches that the world will get darker as the Lord’s coming approaches, especially after the rapture. Even those who will be raptured will experience increased difficulties before it happens. In this midst of fearful times, never forget what Jesus said in Matthew 28:20. “Lo, I am with you always, even to the end of the age.”

So, as we look at the darkness of the times, don’t forget to keep your eyes on the Light of the world.

A terrible despair has fallen over much of planet earth. During October of 2020, there were 2,153 suicides in Japan. That resulted in more deaths in one month than all the Japanese who had died of Covid from February through October. Even before Covid, there had been a worldwide increase in suicides, especially among industrialized nations. Those numbers exploded in 2020, and they are the tip of the iceberg. Billions of people are now living in quiet despondency.

One reason is financial hopelessness. Imagine spending most of your life building a business only to see that business fold because of government restrictions. It’s depressing to say the least. If you are employed by a business that closed, you also understand economic despair. We will not have official figures for a long time, but a study by Yelp found that over 160,000 businesses closed between April and September of 2020. And after September, things got worse.

Covid restrictions have been highly profitable for online retailers. Scott Kelliher, Head of Brand Ads & Partnerships at eBay said, “We saw that consumers immediately shifted their online buying habits with roughly 75% of our consumers at eBay buying more items online.” Perhaps more significantly, he said, “Almost 85% of them plan to keep this new higher level of e-commerce… for the foreseeable future.”

That shift coincides with the globalization of commerce and the move away from cash. Prophecy teachers have been predicting a cashless society for years. Still, most of us did not expect it to be caused, in part, by people afraid they will catch a disease from their money. A November article in “Money Under 30” said, “There are forces at play that may ultimately result in a cashless society” — something the article seemed eager for.

The pandemic hurt education in major and probably lasting ways. Across the world, it increased people’s dependence on government for the sustenance of life. It gave us our first glimpse in a long time of killing off the elderly in favor of the young and pliable. It destabilized the global economy in ways that can easily lead to global government and totalitarian rule.

In 2020 we saw more clearly than ever the end of journalism and the beginning of a new era of propaganda.

It was a rough year. Jesus warned that just before His return, the world would go through birth pangs like a woman in labor. After a heavy contraction, the woman in labor gets a reprieve. 2021 may be such a reprieve. I don’t know. But I do know that contractions tend to get stronger and come closer together — while the reprieves grow shorter.

But don’t despair. Look up! Even in times of confusion on earth, God remains sovereign.