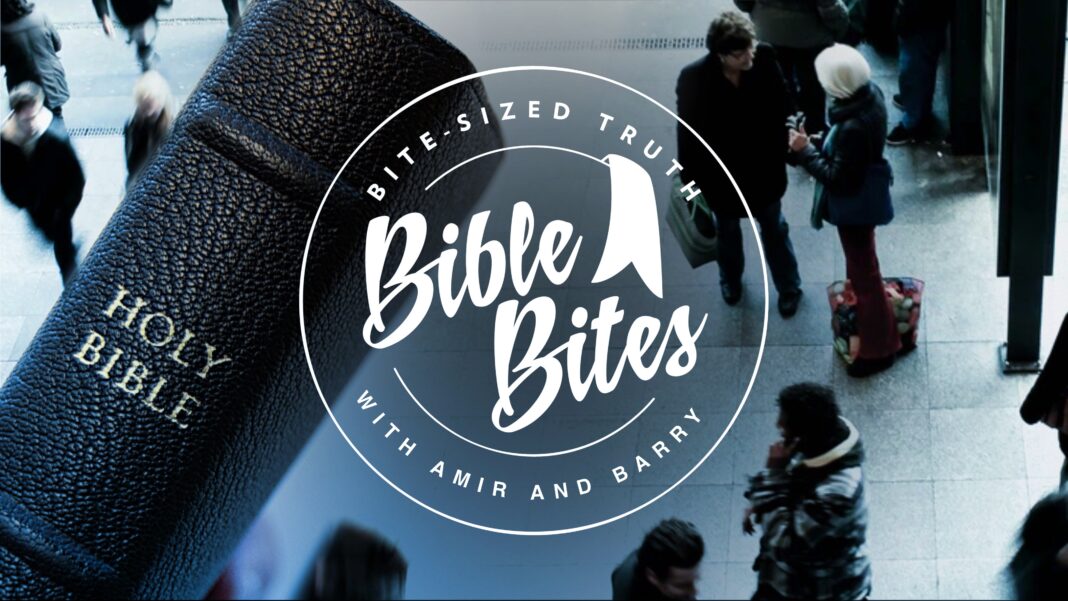 “God is going to ask all of us one day, “What did you do with the money, the time, the resources, and the talent that I gave you?” Every one of us has been given blessings that we can use for the Lord. Now, trust me, if you have time to be on Facebook, then you have time to evangelize. If you have time to watch TV, you have time to spread the good news about Jesus Christ. If you have a tongue, if you have lips, if you have ears, you probably can talk. If you can talk, someone once said, you should always be talking about the gospel – and if necessary, you should use words. In other words, we can preach the gospel not only by talking, but also by living as Christ lived, reflecting His love and His grace through our lives. Then people will ask us about what makes the difference. They will be drawn to us, and we can point them to Christ.”

Among the many things Jesus taught, one of the most frequently overlooked statements is also one of His most amazing:

John 14:12 KJV – “Verily, verily, I say unto you, He that believeth on me, the works that I do shall he do also; and greater works than these shall he do; because I go unto my Father.”

Jesus healed the sick, raised the dead, gave sight to the blind, cast out demons, and miraculously fed the hungry. Yet, here in John 14 He says that not only will those who believe in Him do the same, but greater works than these will they do because Jesus will have returned to where His Father is.

What is it that is greater than the things Jesus did while here on earth? What could possibly exceed the greatness of raising the dead or giving sight to the blind or freeing someone from the bondage of demonic possession? How can those who believe in Him not only do the same, but even greater works?

John 14:16 KJV – “And I will pray the Father, and he shall give you another Comforter, that he may abide with you for ever;”

John 14:26 KJV – “But the Comforter, which is the Holy Ghost, whom the Father will send in my name, he shall teach you all things, and bring all things to your remembrance, whatsoever I have said unto you.”

The means by which those who believe are empowered for such amazing works is the person of the Holy Spirit – another Helper, as Jesus put it (“another” meaning another of the same kind). Clearly, it is the power of the Holy Spirit working in and through us that makes what Jesus said a reality. But, it still leaves us with the question of what are these greater works Jesus spoke of.

Acts 1:8 KJV – “But ye shall receive power, after that the Holy Ghost is come upon you: and ye shall be witnesses unto me both in Jerusalem, and in all Judæa, and in Samaria, and unto the uttermost part of the earth.”
‭‭

We see this promised power manifested immediately in the life of Peter. This is the same disciple who three times denied the Lord after he boasted that he would never do such a thing, even if all the others did. A mere fifty days after Passover, look at what the Helper, the Holy Spirit, was doing through Peter’s preaching:

Acts 2:36-41 KJV – “Therefore let all the house of Israel know assuredly, that God hath made that same Jesus, whom ye have crucified, both Lord and Christ. Now when they heard this, they were pricked in their heart, and said unto Peter and to the rest of the apostles, Men and brethren, what shall we do? Then Peter said unto them, Repent, and be baptized every one of you in the name of Jesus Christ for the remission of sins, and ye shall receive the gift of the Holy Ghost. For the promise is unto you, and to your children, and to all that are afar off, even as many as the Lord our God shall call. And with many other words did he testify and exhort, saying, Save yourselves from this untoward generation. Then they that gladly received his word were baptized: and the same day there were added unto them about three thousand souls.”

This is the greater work that Jesus was speaking of, leading people to Christ through the power given to us to be witnesses. This promise is to as many as the Lord our God will call, including all Christians today.

Therefore, as wonderful as the things were that Jesus did, the greater work than raising the dead, giving sight to the blind, or feeding the masses is to lead people to Jesus for the saving of their souls. Peter demonstrated this by leading many to Christ as soon as he was empowered to be a witness.

Yet, many today are primarily focused on what Jesus Himself implied are the lesser works, the temporal miracles. Those whom He raised from the dead died again later; those whom He gave sight to later faced the darkness of the grave; those whom He healed bodily eventually succumbed to the way of all men.

Remember when Jesus raised His friend Lazarus, the brother of Mary and Martha, from the dead? John’s Gospel tells us that having heard Lazarus was sick, Jesus waited two days before departing for Bethany. By the time he arrived, Lazarus had been dead and in the tomb for four days. Both Martha and Mary said the same thing to Him, “If you would have been here, my brother would not have died.” How did Jesus respond to this sorrowful statement?

John 11:23-27 KJV – “Jesus saith unto her, Thy brother shall rise again. Martha saith unto him, I know that he shall rise again in the resurrection at the last day. Jesus said unto her, I am the resurrection, and the life: he that believeth in me, though he were dead, yet shall he live: and whosoever liveth and believeth in me shall never die. Believest thou this? She saith unto him, Yea, Lord: I believe that thou art the Christ, the Son of God, which should come into the world.”

Jesus elevated belief in Him above being healed or raised from the dead, even as He was about to call Lazarus out from the tomb.

The point is this, the most important and rewarding thing we can do in life is to tell people about Jesus, through our words and good works (Romans 10:17, Matthew 5:16). While the debate as to whether or not the gifts of the Spirit are for today will likely continue until the Lord comes for His church, what cannot be debated is that we have been empowered to be His witnesses. Jesus’ miracles were amazing and served a great purpose, but the greatest miracle of all is this:

Ephesians 2:1 KJV – “And you hath he quickened, who were dead in trespasses and sins;”

Jesus is still making people who are dead in their sins alive today, and all of them will live forever even though their bodies may die and temporarily dwell in a grave. This is the greater work that He spoke of, that through our witness others may come to saving faith in Him.

Yes, miracles are wonderful and the Bible is filled with them. But, telling someone about Jesus is the most important and rewarding thing you will ever do, because the greatest miracle of all is the saving of our souls!

Joseph Kerr: You Asked For Utopia