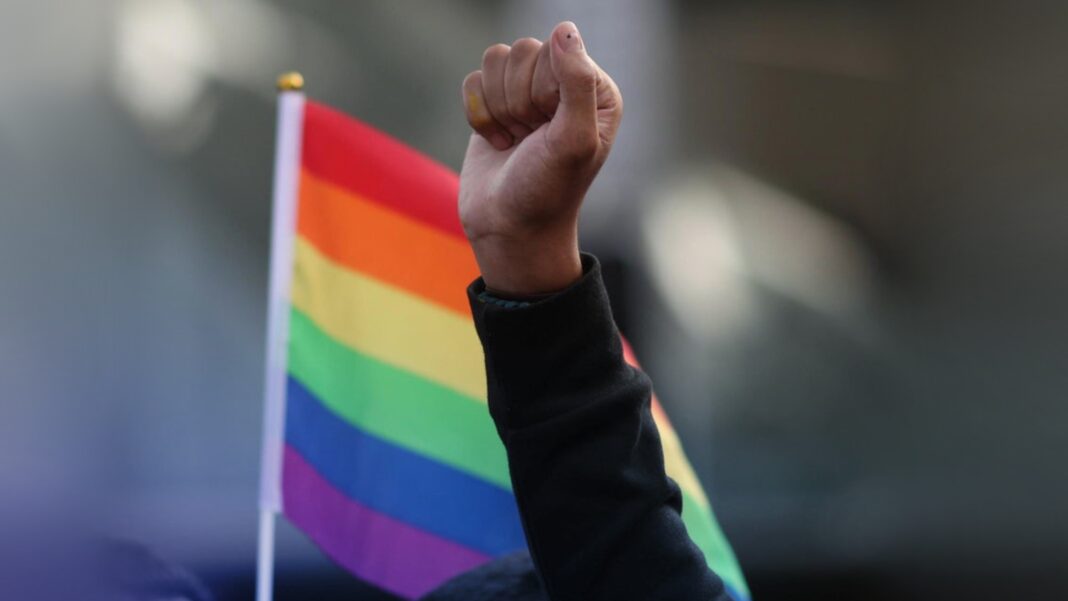 A disgusting music video posted to social media last week did not receive the response its producers were hoping to get.

The San Francisco Gay Men’s Chorus posted an original music video to their YouTube channel titled “A Message From the Gay Community.” Even though the song appears to be tongue-in-cheek, it boasts the LGBTQ community would “convert the children” of conservatives and they are “coming for them.”

At the start of the video, one singer introduces the song this way.

“As we celebrate Pride and progress we’ve made over these past years, there’s still work to be done. So to those of you out there who are still working against equal rights, we have a message for you.”

The song’s lyrics also directly taunt parents that they will not be able to stop their children from being affected by the LGBTQ agenda since it’s constantly being pushed by major media outlets.

Examples of the song’s verses include:

“You say we all lead lives you don’t respect. But you’re just frightened. You think that we’ll corrupt your kids if our agenda goes unchecked. Funny, just this once, you’re correct.”

“We’ll convert your children – happens bit by bit, quietly and subtly and you will barely notice it…”

“Just like you’re worried, they’ll change their group of friends, you won’t approve of where they go at night. And you’ll be disgusted when they start learning things online that you kept far from their sight…

Then the group sings about the number of LGBTQ people in the Gen Z generation.

Then after these sick stanzas, the entire chorus joins in.

The video drew immediate backlash from social media users, so much so that the group removed the music video from its channel. The San Francisco Gay Men’s Chorus has also released a statement attacking “the far-right conservative media” for reporting the lyrics to their song. “It is obvious the tongue-in-cheek humor is lost on many,” the statement claims in part, saying members of the chorus have faced threats of violence and they’re reporting them to the police.

According to some reports, before the video was pulled down it had roughly 13,266 views, received 63 likes and 3,100 dislikes, and had 1,170 comments, most of which were deleted.

However, the video was copied and has been reposted to social media channels warning parents of the true LGBTQ agenda. SFGMC said in their statement they’re fighting to have all those other postings of their video removed.

According to one user who reposted the video, the music video was “originally posted by the San Francisco Gay Men’s Chorus on July 1, 2021, but was then DELETED this afternoon, July 7th, 2021. The main chorus of the song is, ‘WE’LL CONVERT YOUR CHILDREN…’ to their ‘gay agenda’ (as they sing it) among other things.”

“Is this a message of love? Unity? Tolerance? Acceptance? I don’t believe it is and is perhaps a reason why it was taken down. In my view, the message seems to have a threatening quality about it, as if they’re going to force their agenda upon you whether you agree with it or not, and as the song sings, ‘convert your children’,” the user added.

Other users agreed with the observation.

One user commented, “Wait I thought ‘being gay isn’t a choice’… so how exactly are you gonna corrupt children into doing something that ‘isn’t a choice’. Straight up psychopath.”

Another used responded, “I get a strong psychotic vibe from this message… this message is saying our children are a target of a political movement. I’m glad it is that clear and in the open for all parents to see.”

A concerned user also tweeted, the “LBGT is finally being honest about its agenda – as sung by the San Francisco Gay Men’s Chorus ‘We’re coming for your children.” He also included the music video with the tweet.

As CBN News reported earlier this week, a new report has revealed LGBTQ producers are actively working behind the scenes in children’s programming to push LGBTQ characters and storylines in animated cartoons to target young eyes and minds with their agenda. A total of 259 LGBTQ characters in children’s videos have been counted so far.

The Insider reports transgender and nonbinary characters are increasingly being represented within animated kids’ shows.

Many may disregard this music video under the banner of it being “comedic” in style, however, with such lyrics as “You think we’re sinful,” “We’ll convert your children,” “Happens bit by bit. Quietly and subtly, and you will barely notice it,” parents ought to not be so quick to push it aside.

There is a spiritual battle behind these motivations to promote homosexuality and transgenderism to kids. Satan is attempting to set children up for a lifetime apart from and in rebellion against their Creator.

Ken Ham responded to this disturbing video, urging parents to recognize “the devil is coming for your children”:

The battle lines are being drawn more clearly each day. The devil is coming after your children through the schools, media, streaming platforms, various political leaders, courts, and even some churches!
It’s important to know what groups like this are saying so we can protect our children and warn others…
“Beware, be sober-minded; be watchful. Your adversary the devil prowls around like a roaring lion, seeking someone to devour” (1 Peter 5:8).
Be reminded, “For the LORD gives wisdom; from his mouth come knowledge and understanding…delivering you from the way of evil, from men of perverted speech, who forsake the paths of uprightness to walk in the ways of darkness, who rejoice in doing evil and delight in the perverseness of evil, men whose paths are crooked, and who are devious in their ways” (Proverbs 2:6, 12–15).
Fathers, be the head and lead your family as God commanded.