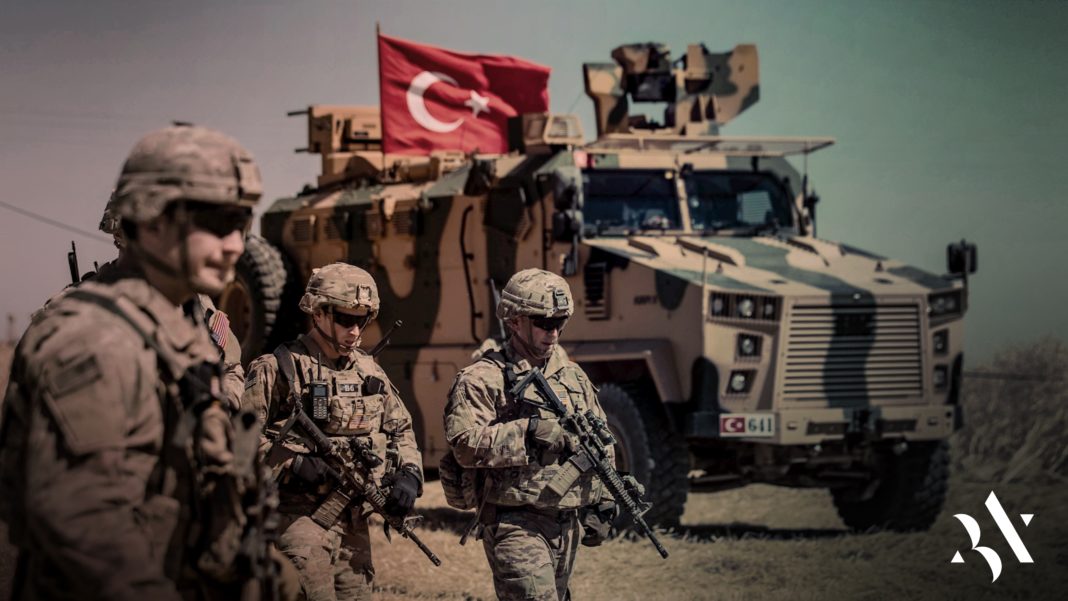 The White House has announced that the US will vacate the area in northern Syria amid pending Turkish invasion; The US will in no way support the operation being carried out by Turkey; Statement from the White House: Turkey will now be responsible for all ISIS fighters in the area captured over the past two years.

On Sunday night, the White House announced its plans to remove all remaining US troops from the ‘immediate area’ in northern Syria, pending the coming invasion by Turkey.

The White House has remained adamant that they will in no way support this invasion by Turkey, stating, “The United States Armed Forces will not support or be involved in the operation, and United States forces, having defeated the ISIS territorial ‘Caliphate,‘ will no longer be in the immediate area.”

Additionally, Turkey will now be responsible for the remnant of ISIS fighters in the region. Withdrawing from the region was the goal of the White House back in 2018, but was met with significant opposition for fear of abandoning the Kurdish forces that the US has been supporting. The White House stated, “The United States Government has pressed France, Germany, and other European nations, from which many captured ISIS fighters came, to take them back, but they did not want them and refused. The United States will not hold them for what could be many years and great cost to the United States taxpayer…Turkey will now be responsible for all ISIS fighters in the area captured over the past two years.”

What are the Ramifications?

The prophet Ezekiel spoke of a time when Russia, Iran, and Turkey, would invade Israel from the north. Russia has been entrenched in Syria, fighting in the Syrian civil war. Iran has been entrenched throughout the Middle East, but especially in Syria for some time. Syria is a highway to Iran’s proxies and another platform for them to launch attacks at Israel. Turkey has held a minor presence in Syria up to this point, but now, all of that’s about to change. With Turkey announcing their invasion of Syria, the three biggest militaries involved in the Ezekiel coalition will now be condensed inside of the same country north of Israel.

Ezekiel 38:4-6 KJV – “I will turn you around, put hooks into your jaws, and lead you out, with all your army, horses, and horsemen, all splendidly clothed, a great company with bucklers and shields, all of them handling swords. Persia, Ethiopia, and Libya are with them, all of them with shield and helmet; Gomer and all its troops; the house of Togarmah from the far north and all its troops—many people are with you.”