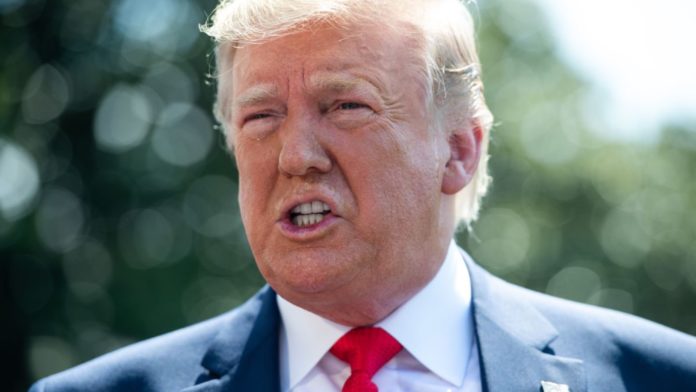 US President Donald Trump spoke to Jewish leaders on Friday, as part of the annual conference call with rabbis and Jewish community leaders ahead of the High Holidays.

During the conversation, Trump said that his actions against Iran were the most significant measures affecting the Jewish state that his administration has taken since coming into office, according to the Jewish Insider.

Trump described a conversation he had this week with “a friend of mine”, a likely reference to the chat he had on the sidelines of the UN General Assembly with Foreign Minister Yisrael Katz.

“I asked him, ‘So, which was more important — bringing the Jerusalem [issue] into effect by having our embassy go to Jerusalem, thereby becoming the capital of Israel, or the [recognition of the] Golan Heights?’ I said, ‘Which of those two things, in your opinion, were more important — Jerusalem or the Golan Heights?’” the president recalled, according to the Jewish Insider. “And he said, ‘Neither! It’s what you have done to us with Iran.’ And I said, ‘You know, I never thought of it that way, but I probably happen to agree with you.’”

In the 12-minute call, Trump did not mention Prime Minister Binyamin Netanyahu nor did he mention the administration’s peace plan.

On a new deal with Iran, Trump told the Jewish leaders, “We offered to talk. I have shown great restraint and hope that Iran, likewise, chooses peace. I can’t tell you exactly what’s going to be happening, but we are extraordinarily ready… It will work out. I can’t tell you exactly how and why, but it will work out because it always does. I have a tendency to make things work out, one way or the other. Sometimes it’s not pretty but it happens.”

Trump also pledged to combat anti-Semitism, referencing the deadly shootings this past year at the Tree of Life synagogue in Pittsburgh and the Chabad of Poway in San Diego.

Trump concluded the call by saying, “We will have many, many great years together.”