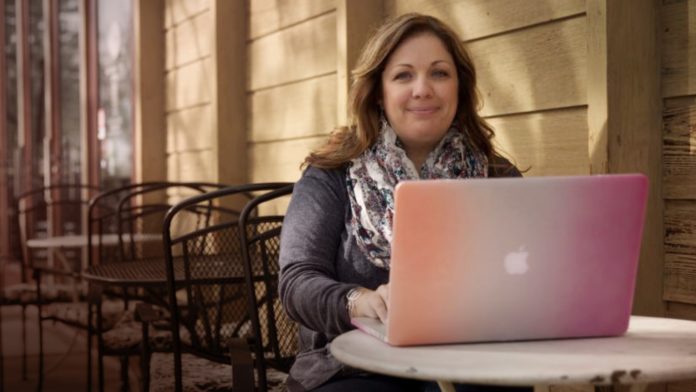 The Colorado Civil Rights Commission, the same organization responsible for its infamous case against Christian baker Jack Phillips that went all the way to the US Supreme Court, is still trying to censor its citizens who voice views in favor of traditional biblical marriage.

This time, the commission has set it sights on web designer Lorie Smith and her 303 Creative studio.

After building her business over the past several years, Smith decided she wanted to add wedding websites to her company’s portfolio. However, due to her religious beliefs, Smith decided to create custom websites and graphics only for weddings between one man and one woman.

If she does not create websites celebrating same-sex weddings, the state commission will punish her.

Last week, Alliance Defending Freedom attorneys representing Smith filed an appeal of a federal district court’s order that upheld a state provision that gags creative professionals from talking about their beliefs when explaining their business decisions.

The September order adds to a previous decision that would allow Colorado officials to force Smith to design and publish websites promoting messages or causes that conflict with her beliefs.

In a May ruling in 303 Creative v. Elenis, a court said it ruled as it did because it “assumes the constitutionality” of the Colorado law. But other courts have recently found otherwise regarding similar laws in Minnesota and Arizona.

Smith’s appeal will now be heard before the US Court of Appeals for the Tenth Circuit in Denver.

“Americans shouldn’t be forced by the government to create and publish websites that promote messages or causes they disagree with. That is a quintessential freedom that the First Amendment protects,” said ADF Senior Counsel Jonathan Scruggs.

“The court shouldn’t have assumed Lorie’s decision not to create objectionable websites was illegal without any analysis of that question, especially when other courts have clearly upheld free speech rights in this context. Colorado must allow people like Lorie the liberty to make their own decisions about which messages they will promote. Lorie is happy to design custom websites for all people; she simply objects to being forced to pour her heart, imagination, and talents into creating and publishing websites that convey messages contrary to her core convictions,” Scruggs said.

“Creative professionals should be free to peacefully live and work according to their faith without fear of coercion, discrimination, or intimidation by the state,” added ADF Senior Counsel Kate Anderson. “Just because a multimedia artist creates expression that communicates one viewpoint doesn’t mean the government can require her to express all viewpoints, especially when that forced expression violates her religious convictions. We’re hoping that the 10th Circuit will affirm that principle just as the 8th Circuit and the Arizona Supreme Court recently did in similar cases.”

In an op-ed posted to the website Colorado Politics, Anderson writes that even if Smith posted a statement on her website explaining why her faith prevents her from creating websites for same-sex marriages, she could face investigations, fines and other punishment from the state commission.

“None of that is fair,” Anderson wrote. “Our country was founded on the principle that all people should be free to speak their minds and follow their own beliefs — especially when it comes to what we say and what we celebrate. And for decades we have seen that everyone benefits from more freedom and more public debate, not less.”

Colorado’s Anti-Discrimination Act prohibits creative professionals from expressing any views about marriage that could indicate someone is “unwelcome, objectionable, unacceptable, or undesirable” because of their sexual orientation or that suggests that the designer won’t create particular expressive works because of those beliefs.

Smith’s lawsuit contends that the act violates provisions of the US Constitution, including the First Amendment’s Free Speech and Free Press clauses. The state law is the same one the Colorado commission twice used against cake artist Jack Phillips and Masterpiece Cakeshop.

As CBN News reported, Phillips won his case in June of 2018 at the US Supreme Court. The court observed that the commission’s treatment of Phillips “showed elements of a clear and impermissible hostility toward the sincere religious beliefs motivating his objection.”

Even after losing at the Supreme Court, the Colorado officials went after Phillips again, opening another investigation later that same year. But their case was eventually dropped by the state attorney-general when it was revealed the new members of the state commission displayed bias and hostility toward religion for a second time.