The Government of Saskatchewan has reversed the decision of the Saskatchewan Health Authority prohibiting drive-in religious services, and instead issued guidelines which recognize the right for churches to hold such services with appropriate safety precautions.

On Tuesday, April 14, 2020, the Justice Centre wrote a letter challenging the Saskatchewan Health Authority for its decision to categorize drive-in religious services as “mass gatherings” in violation of Saskatchewan’s Public Health Order.

“The Covid-19 outbreak does not, however, suspend the exercise of the Charter. The restriction of public religious gatherings in which people exclusively occupy their personal vehicles on a parking lot while worshiping is irrational, unnecessary and not a minimal impairment of Charter rights.”

Prior to Easter, the Nipawin Apostolic Church had carefully planned a drive-in Easter service, in the same format as a drive-in movie, ensuring that social distancing would be observed. The church requested people stay in their vehicles and to listen to the service and participate in worship via their radios. Car windows would remain closed, and people could flash their car lights instead of saying “Amen.”

The Saskatchewan Health Authority deemed the church’s Easter drive-in service a “mass gathering” in violation of the Public Health Order. The church was forced to cancel the planned drive-in church service, or face the risk of the church and its parishioners being penalized with steep fines. The Health Authority decision was ostensibly based on a concern that attendees would leave their vehicles and engage in personal interactions without social distancing.

“The Charter protects freedom of religion, association and assembly not only in good times, but also, and especially, in difficult times,” stated Jay Cameron, Litigation Manager for the Justice Centre for Constitutional Freedoms.

“Given the presence of reasonable safety measures, the restriction of such assembly for religious worship is illegal. We appreciate the Saskatchewan government’s reasoned and rational revision to its policies on this issue.” 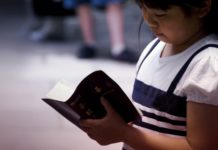 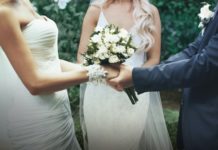