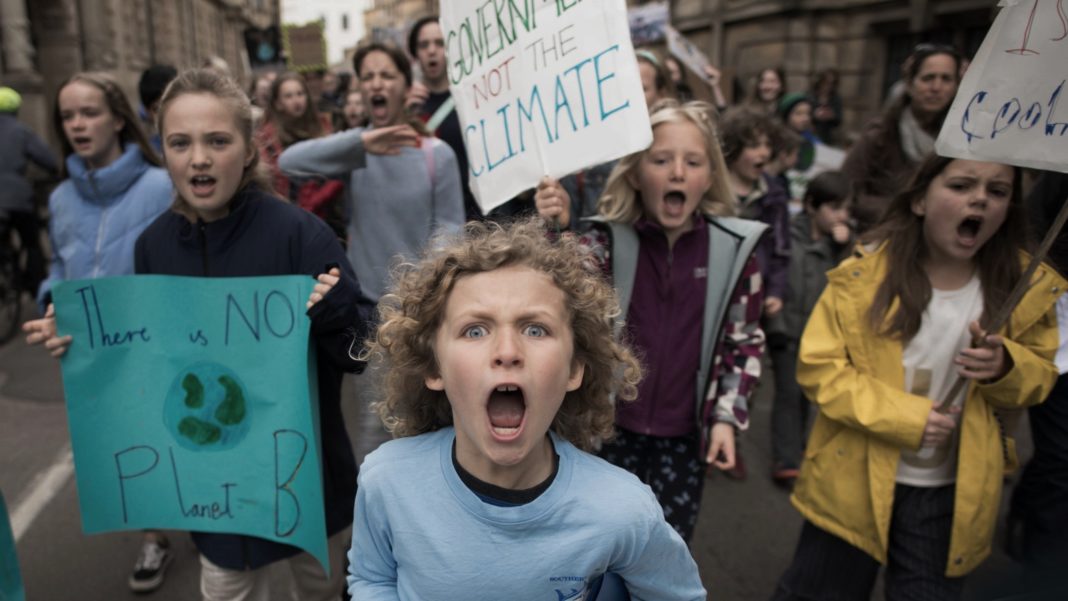 A growing number of young people are combating “climate anxiety,” and a majority think “humanity is doomed,” according to a study published in Lancet Planetary Health Tuesday.

According to the study, which authors claim is the most comprehensive study in the world analyzing “young people’s fear about the climate crisis,” 45 percent of 16-25-year-olds said, “climate-related anxiety and distress is affecting their daily lives and ability to function normally,” Vice News reported of the study.

Approximately 10,000 young people were surveyed across ten countries, 60 percent of which said national governments are “betraying” the present and future generations by not trying hard enough to save the planet.

Fifty-six percent of people surveyed said they agreed with the statement that “humanity is doomed, “and 75 percent said the future is frightening.

Here is the percentage broken down by country of young people who believe “humanity is doomed.” (Notably, some of the world’s top polluters, like Russia and China, were not included in the list.) :

“Our children’s anxiety is a completely rational reaction given the inadequate responses to climate change they are seeing from governments. What more do governments need to hear to take action?”said Caroline Hickman, co-lead author on the study from the University of Bath.

Both the UK and the U.S. have very little faith in their governments compared to other countries to fend off the supposed ravages of climate change.

“Only 28 percent and 21 percent of young Brits and Americans thought the government could be trusted when it came to the planet – whereas 51 percent of Indians had faith in the authorities,” according to the report.

“Climate and eco anxiety blanket over a wide range of emotions that the climate crisis can provoke,” Kennedy-Woodward said. “Guilt, anger, grief, despair.”

“It can result in social withdrawal, sleep or concentration issues, to name a few. Clinically speaking, for younger children we aim to support parents to have meaningful and productive conversations with their kids,” Kennedy-Williams added.

According to the report, the authors of the study hope world governments realize how fragile climate change has made young people feel “rather than expecting young people to handle it alone.” The study’s authors wrote:

Public discourse should encourage the expression of feelings that 60 percent of young people in this survey have described as being ignored or dismissed. We argue that the failure of governments to adequately reduce, prevent, or mitigate climate change is contributing to psychological distress, moral injury and injustice.

As far as public discourse goes, leftist political figures in the U.S. have dialed up the fear around climate change.

Devout socialist Rep. Alexandria Ocasio-Cortez (D-NY) once said: “The world is going to end in 12 years if we don’t address climate change.” She later said she was exaggerating the timeline to make a point. She recently defended  flying on a plane to New York because she had a “very tight schedule.”

In early September, the Biden administration’s Special Presidential Envoy for Climate, John Kerry, warned the world is “doomed” unless 20 countries take climate action. Notably, his family jet has flown at least 16 times this year, contributing to the very emission problem he preaches about eradicating.

Jonathan Brentner in his article, “Heartbreak: How Climate Change is Manipulating Youth and Paving the way for a One World Government,” wrote:

My heart breaks for the young children in our nation who feel the dread of believing this world will soon end unless the nations take drastic steps to prevent global warming. The most significant threat to their future, however, comes from the radical left who use them as pawns to promote an evil agenda.

The book of Revelation tells us that, during the tribulation, the antichrist will exert worldwide control through a totalitarian world order. What will cause the nations of the world to give up their sovereignty and rights to such a socialistic regime? I believe he may convince them that their only hope of survival is to join together against the threat of worldwide devastation via global warming.

Current-day fear mongers tell us we only have 13 years before disaster strikes due to global warming. They tell us a one-world order is the only answer to escape the coming doom of life on earth.

My heart breaks for children frightened by deceitful warnings of impending doom; and I pray, pray, pray they will soon realize their ultimate hope rests in their Creator. I pray they will put their trust in the One through whom all things came into existence (Colossians 1:15-17).

In Matthew 24, Jesus tells His disciples about events and changes that will occur as the end of time draws near. Specifically, Jesus mentions great storms and natural disasters, noting, “For nation will rise against nation, and kingdom against kingdom, and there will be famines and earthquakes in various places” (Matthew 24:7). From Jesus’ explanation, we can draw an important conclusion, which is that while these changes are scary, we should not be alarmed. In fact, Jesus told His disciples that these events would occur so they would be sobered minded, not alarmist.

Significantly, ‘climate change’, natural disasters, war, famine, poverty, and civil unrest are part of living in a fallen world. Christians should care about these issues and do whatever is in their power to push back against the corroding effects of sin — wherever they appear. But followers of Jesus should not expect the government to be able to provide all the solutions and hand over their freedoms for a false sense of security. In fact, Christians need to be wary of those who want to use issues like the changing climate to take away freedoms and impose policies that will have harmful and unintended consequences.

Ultimately, Jesus warned us that things would get difficult in the final days. But even as circumstances and events become more challenging, believers have an opportunity to point others to the hope of the gospel. While maintaining a posture of trust toward God and refusing to panic or surrender our basic rights, Christians can encourage others and strengthen our faith as we trust in Christ who is the same yesterday, today, and forever (Hebrews 13:8).