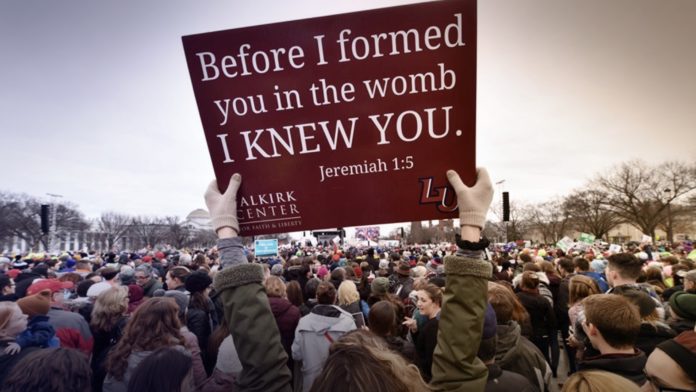 A German court punished a pro-life advocate Monday for comparing an abortionist to the Nazi doctors and guards who committed horrific atrocities in concentration camps in the 1930s and ’40s.

Jerusalem Post reports Klaus Gunter Annen, who runs the pro-life website www.babycaust.de, must pay a fine of 6,000 euros (about $7,000) to Dr. Kristina Hanel, of Giessen, a gynecologist who also aborts unborn babies.

The District Court of Hamburg argued that Hanel “does not have to accept being compared to guards and doctors in the Nazi concentration camps and being called ‘degenerate’” when it ruled in her favor Monday, according to the report.

According to the German news outlet DPA, the ruling was a default judgment because Annen’s lawyer did not show up in court Friday and Annen did not appear Monday. It noted that Annen has the right to file an objection to the ruling within two weeks.

Hanel also has been in trouble with the law. The Post reports a court ordered her to pay a fine of the same amount last year after she was caught illegally advertising abortions.

Abortion is one of many human rights atrocities in history. Like the Holocaust, slavery and countless other horrors, a certain group of human beings is dehumanized, abused and destroyed. In abortions, it’s babies in the womb. From the moment of conception, babies are unique, living human beings – irreplaceable children — and, like every human being, they deserve a right to life.