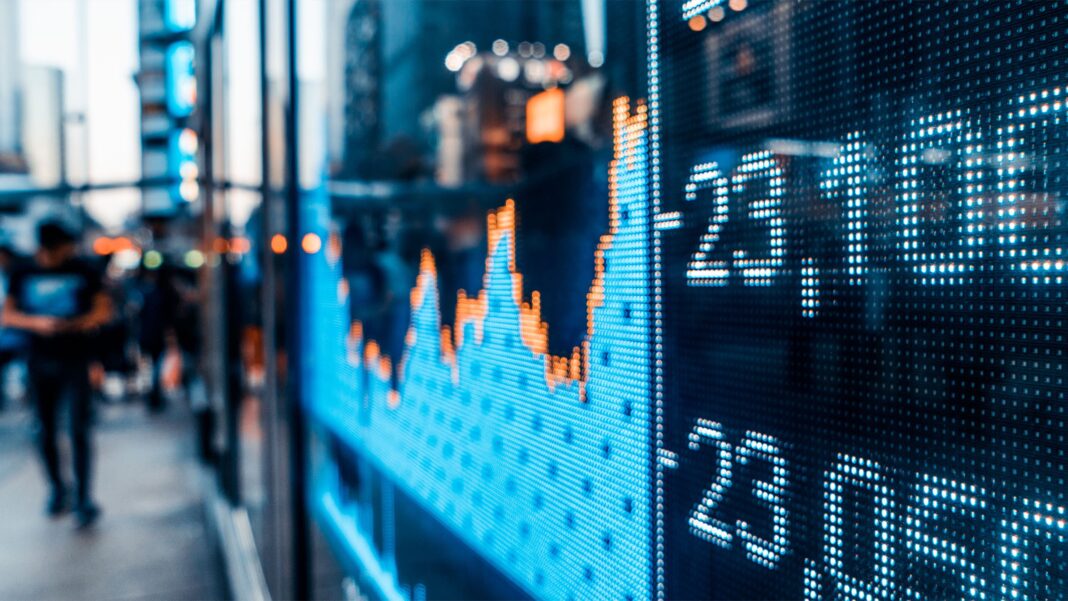 Pope Francis urged world leaders to use the COVID-19 pandemic as a way to “rethink the relationship between individuals and the economy,” in his annual foreign policy address to the “holy see diplomatic corps” on Monday.

The Pope called for the economy to be reoriented, so as to be put “at the service of men and women, not vice versa,” and likened the change to a “kind of ‘new Copernican revolution.’”

The economic ramifications of global lockdowns instated by governments in response to the COVID-19 pandemic provided a “helpful opportunity” for a fairer market economy to emerge, he said in his speech to 183 ambassadors accredited to the Holy See, which was supposed to take place on Jan. 25 but had to be postponed due to his recent bout of sciatica.

The 84-year-old Pope expressed how the pandemic has highlighted the ills of the current economic model, which he sees is fundamentally based on the exploitation of the poor and natural resources.

“The pandemic shed light on the risks and consequences inherent in a way of new life dominated by selfishness and a culture of waste, and it set before us a choice: either to continue on the road we have followed until now, or to set out on a new path.”

He said the unequal economic consequences of the pandemic, where “those working informally” were “the first to see their livelihood vanish.” He also stressed the importance of “economic stability” for all.

The pontiff outlined several facets of what that new path should look like, including universal access to basic healthcare, equitable distribution of COVID-19 vaccines, and the implementation of “structural reforms” to the multilateral system, which he views as essential.

In addition to the demonstrable need for economic reforms, Pope Francis pointed to other ways in which he sees the world as being “seriously ill.”

He renewed concerns for the present environmental conditions, stating his desire for an “effective agreement” to be reached through global cooperation at the United Nations Climate Change Conference to be held in Glasgow this November.

Leo Hohmann, in his article, “3 Biggest Lies About COVID-19 Have All Been Exposed: But Here’s Why Globalist Powerbrokers Can’t Let It Die,” wrote that the calls for an “economic revolution” by the Pope and other powerful globalists are marching the world into a “new Dark Age, where freedom of movement, assembly, speech and religion are all tightly monitored and controlled”

The global power brokers at the United Nations, World Economic Forum, the British royal family, the International Monetary Fund and the Vatican have told us why COVID must be kept front and center in the human psyche for the foreseeable future: They’ve all identified it as the key to launching a “Great Reset“ of the global economic and social order.

They want to do away with the post-World War II free-market capitalist system and replace it with a global technocratic surveillance state likely to include a new digital currency and digital ID system. This new system will be much more authoritarian than what Americans would choose to live under if we remained in normal times, so the technocrats had to create a “new normal” that grips people in fear. People are known to defer to their leaders in times of crisis and panic. They can be convinced to go along with almost anything in such times, when fear brings its twin cousins of chaos and confusion.

Pope Francis and the Vatican are also fully on board with the new socio-economic world order being prepared for us – just read his encyclical issued on Oct. 3 entitled Fratelli Tutti [translated as Brothers All]. In it, he blames capitalism for the world’s most pressing problems, derides the concept of private property, holds up collectivism as superior to the rights of the individual, and seems to call for open borders and a termination of national sovereignty.

The pope cites COVID-19 as the triggering event that will usher in a new age of man-based utopian groupthink.

“The Covid-19 pandemic momentarily revived the sense that we are a global community, all in the same boat, where one person’s problems are the problems of all. Once more we realize that no one is saved alone; we can only be saved together.”

COVID was simply a prop, a triggering mechanism, for what global elites refer to as the Great Reset, the New Economy, the Green Economy and Sustainable Development. Whatever they call it, those with discernment will recognize this as the end-times beast system, global in nature, which will seek to dominate every human life on the planet.

The world’s marching into this new Dark Age, where freedom of movement, assembly, speech and religion are all tightly monitored and controlled. Joe Biden will welcome it, as this was the path his former boss Barack Obama had set us on. Obama signed the UN 2030 Agenda in September 2015 and the UN’s New Urban Agenda for global cities, as well as the Strong Cities Network, which is the UN’s effort to globalize city and county police forces. He also signed on to the UN’s Paris Climate accords.

Global government will materialize. It’s only a matter of when. The Bible says the end times will be marked by the rise of an anti-Christ system that bullies and bludgeons its way to power over all humanity. The United Nations arrogantly affirms the biblical prophecies with its admonition that “no person will be left behind” by its 2030 Agenda for Sustainable Development.

As Christians, we must prepare both physically and spiritually for persecution that will only grow more intense in the weeks, months and years ahead. We must resist ungodly government edicts that seek to silence our voice, shut down our religious practice and deprive us of our humanity.

We also highly recommend readers take a look at Terry James’ article, “Pope And The ‘Mother Earth’ Deception,” to learn more about the Pope’s focus on “climate change”, and how this deception applies to Biblical Prophecy.