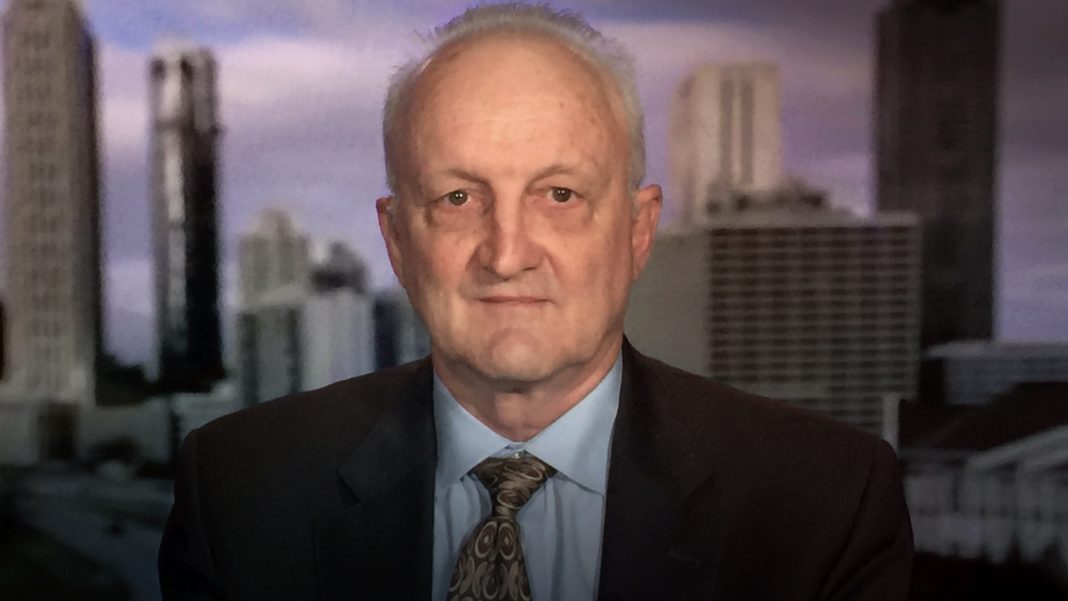 • UPDATE: Tuesday, February 25th – The Sheif office on Monday walked back their earlier statement calling Phil Haney’s Death ‘Self-Inflicted’, now saying that “would be extremely premature and inappropriate” for them to say:

Unfortunately, there was misinformation immediately being put out that we have determined Mr. Haney’s death to be a suicide. This is not the case. We are currently in the beginning phase of our investigation and any final determination as to the cause and manner of Mr. Haney’s death would be extremely premature and inappropriate. No determination will be made until all evidence is examined and analyzed.

This investigation is still active and will be ongoing. No further details will be provided at this time.

The Sheriff’s Office also explained that they currently have scheduled an autopsy, and have requested the FBI assist them with analyzing “documents, phone records and a lap top that were recovered from the scene and Mr. Haney’s RV.”

“We are currently in possession of his vehicle, the firearm located at the scene, and his RV and we will be requesting evidence processing assistance from the FBI on those items as well,” they added.

DHS Whistleblower and Christian, Philip Haney died of a gunshot wound Friday in California. Despite widespread reports of his death being Suicide, personal friends of Haney explain that he was worried he was in danger of being killed.

“No one in the family believes this is a suicide,” Haney’s stepmother reportedly told True Pundit. “I mean he was enjoying doing talk radio and was working on another book and was excited about that. With his history with the government and everything, it is very very suspicious but with this kind of situation, we realize we may never know the truth about what happened. That’s something we all know and live with, but it is still early.”

Fox News Contributor Sara Carter also commented about the Death of Phil Haney, asking for prayer for his family, and also police to be able to find the person who “murdered” him:

Haney was a former Department of Homeland security whistleblower during the Obama Adminitstration. He also was the author of the book: “See Somthing, Say Nothing.”

•  Get a Copy of Phil Haney’s Book “See Something, Say Nothing” Here

The description of his book reads: “In SEE SOMETHING, SAY NOTHING, Haney – a charter member of DHS with previous experience in the Middle East – and co-author Art Moore expose just how deeply the submission, denial and deception run. Haney’s insider, eyewitness account, supported by internal memos and documents, exposes a federal government capitulating to an enemy within and punishing those who reject its narrative.”

Friend of Phil Haney, Leo Hohmann, in a statement put out on his website, explained that report of the death being a suicide is false.

“Don’t Believe it for a minute,” he said explaining that Haney had warned many of the possibility that he could be killed and his death blamed on suicide:

There were signs the Trump administration was ready to at least listen to what Phil Haney had to say. According to Kerry Picket of the Washington Examiner, Phil was “recently in contact with top officials about returning to work for the DHS.”

Phil lost his wife to cancer about a year ago. He had recently fallen for a new love and planned to marry her this year. He had every reason to be confident about the future. He was never happier. He had lots of speaking engagements lined up in the weeks ahead. In May he had planned a trip to Israel to visit the Holy Land, for which he had a special love.

Phil and I often discussed the dangerous nature of our work. Over the last couple of days, more than a few people have come forward, one of them to me personally, and said that Phil specifically warned about the possibility that he could be “suicided.”

“If I ever go on to meet my Maker, and it looks like I did myself in, don’t believe it!” he told a mutual friend who resides in Vermont.

The core idea of the platform is to uphold free speech, based on the original founding principles of the Judeo-Christian worldview.
Read more
Morality