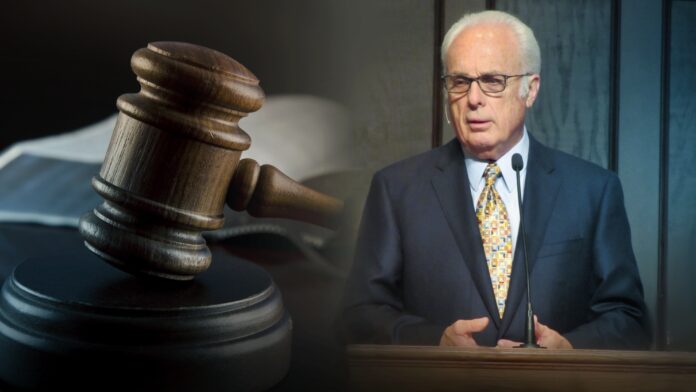 The Los Angelas Superior Court announced Thursday that they will not prohibit Pastor John MacArthur and Grace Community Church from holding indoor worship services. The Judges finding came after LA County attempted to have the Church held in contempt of court for proceeding with service last Sunday.

The Thomas More Society has been fighting to protect the religious Liberty of Grace Community Church and John MacArthur filing a lawsuit last week against the state of California. The Court ruled in favour of the Church’s constitutionally protected religious freedom, allowing them with minor Covid-19 safety restrictions to open their doors to in-door worship services, scheduling a full hearing for September 4th.

The Los Angelas County then continued their attack against MacArthur and the Church, filing an appeal and subsequently attempting to hold them in contempt for their refusal to comply with closing their doors.

“The LA County Board of Supervisors has decided to continue their unconstitutional attack against Pastor John MacArthur and Grace Community Church,” Special Council Jenna Ellis said in response to the county’s attack. “They are now asking the court to hold the church in contempt for simply being open for worship last Sunday. Pastor MacArthur is standing firm that church is essential and has no plans to yield to this tyrannical board, which is clearly defying the constitution’s mandate to protect religious liberty.”

Read the Full Press Release Below:

(August 20, 2020 – Los Angeles, California) The Los Angeles County Superior Court announced on August 20, 2020, that there is no court order prohibiting Pastor John MacArthur and Grace Community Church from holding indoor worship services. The renowned minister and his Sun Valley, California, congregation are being targeted by the County of Los Angeles, which has made repeated attempts to shut down the non-denominational, evangelical megachurch. Thomas More Society Special Counsel Jenna Ellis and Charles LiMandri are representing the church, defending the religious freedom of the pastor and congregants against the county’s unconstitutional violation of the right to worship together.

Ellis responded to the judicial finding:

“We are pleased with the outcome today. Judge Mitchell L. Beckloff correctly found there is no court order prohibiting Grace Community Church from holding indoor services. LA County continues to harass and target Pastor MacArthur. Having failed to get a court order to shut down the church they have sought three times, they’re going to try again by hauling us back into court. Ironically, LA County said in its application for contempt that, ‘Grace Church cannot thumb its nose at the court when decisions don’t go its way,’ yet that’s precisely what LA County is now doing themselves. We will simply continue to defend our client’s constitutionally protected rights because church is essential.”

MacArthur and Grace Community Church are suing the county – and the state of California – for attempting to shut down their worship under COVID-related orders that violate the state’s constitution. The lawsuit was filed after MacArthur received a cease and desist letter prohibiting indoor worship and threatening him with fines and imprisonment should Grace Community continue to worship in their church building.