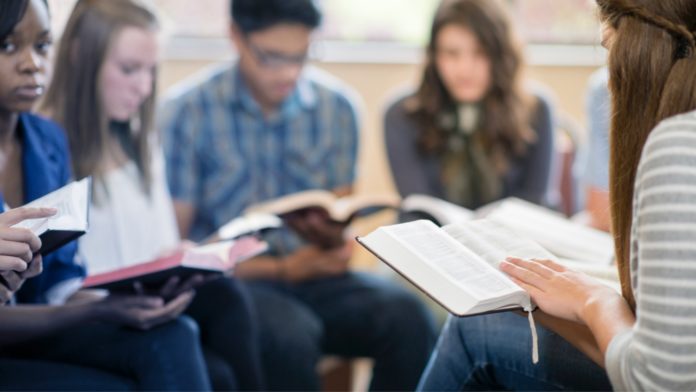 A bill protecting religious expression of public school students “before, during and after school hours” has been signed into law by Ohio Gov. Mike DeWine.

Under the new law, school districts cannot prohibit a student from engaging in religious expression in the completion of homework, artwork, or other written or oral assignments. Teachers “shall not penalize or reward a student based on the religious content of a student’s work,” according to the new law.

Grades and scores shall be calculated using ordinary academic standards, the law says.

The bill defines “religious expression” as prayer; religious gatherings, including but not limited to prayer groups, religious clubs and “see you at the pole gatherings.” It also includes:

“Students do not shed their constitutional rights at the schoolhouse gate,” Sharp said. “Ohio’s Student Religious Liberties Act protects students’ right to express their religious beliefs and ensures that schools can’t punish or give students a poor grade simply because they choose to express a religious viewpoint when completing a class assignment. Ohio’s Student Religious Liberties Act reinforces that students don’t give up their First Amendment rights when they step through the doors of a school, and that’s a win for everyone.”

The Citizens for Community Values also praised the new law.

“No student should have to hide their faith just because they enter a public school,” said Aaron Baer, president of the organization. “The Student Religious Liberties Act is carefully crafted to ensure school administrators can’t unfairly penalize students of all faiths, or no faith. It shouldn’t be controversial to stand for religious freedom. That’s why we’re grateful to Gov. Mike DeWine for signing the bill, and Senate President Larry Obhof and Speaker Larry Householder for giving this essential legislation fair consideration.”

According to an Ohio House summary, “Current law prohibits a school district board of education from adopting any policy or rule respecting or promoting an establishment of religion or prohibiting any student from the exercise or expression of the student’s religious beliefs. The [new law] removes a provision of that law permitting a school district to limit the exercise or expression of a student’s religious beliefs to lunch period or other noninstructional time periods when students are free to associate.”