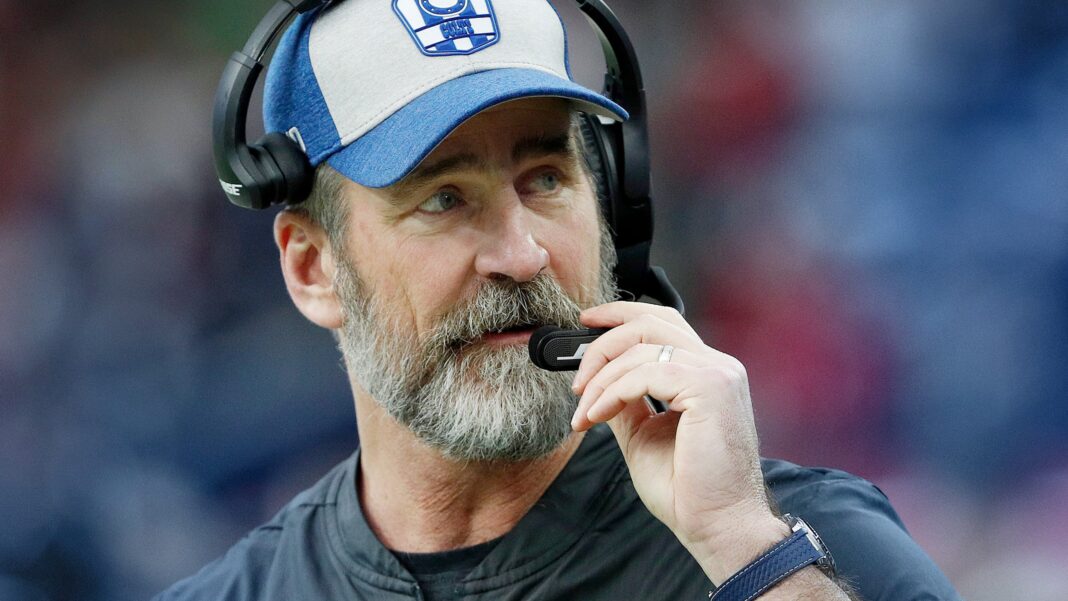 It was an effectual moment that transcended the typically rudimental confines of an NFL press conference.

“I want to give a personal account to where I found my strength for the journey,” Reich said in front of reporters. “The reason I’m doing that here and now is because, almost 30 years ago, after a really big game, right down the hall in a press conference, I shared the lyrics to a song that meant a lot to me — that really spoke to where I get my strength from.”

The coach, who spoke after the Colts beat the Buffalo Bills 41-15 during Sunday’s game, said he wanted to share in an effort to “encourage someone who’s climbing their own mountain right now.”

He concluded the recitation with his favorite line, which proclaims: “I seek no greater honor than just to know Him more.”

As Reich noted, this isn’t the first time he’s shared these lyrics. In 1993, he made headlines for reciting the entire song after his then-team, the Bills, scored the biggest comeback in NFL history.

In this past Sunday’s address, the coach also appealed to a message about God’s nature in Hebrews 13:8.

“So even though it was almost 30 years ago, when I read those words here in this stadium, this week, I was reminded Hebrews 13:8 says, ‘Jesus Christ is the same yesterday, today, and forever,’” he said. “It’s crazy that we’re here, but we’re here some 30 years later, not living in the past, but rather attempting to press on to what is ahead. So my encouragement is to keep climbing and to find the strength and power that you need in Jesus Christ.”

Reich told “The 700 Club” in a past interview that he was deeply inspired by “In Christ Alone” before the 1993 Bills win — and that the song played a role in motivating him as he led the NFL team to their historic comeback win.

“After that whole [1993] game was over and the lyrics were read, it seemed as if that song was written for that one game in time,” Reich told CBN at the time. “What I have since realized is that the song and the lyrics are really about everyday Christian living. In every victory, let it be said of me that my source of strength and my source of hope is in Christ alone.”

Reich is a former pastor and Christian college leader, though he doesn’t always take to the podium so openly to discuss his faith. His most recent moment doing so was touching and a powerful reminder of the importance of God in helping people move past difficulties and challenges. Read more about Reich’s beliefs here.

Major props to the coach for inspiring so many with his transformational faith message — and on such an important stage.

Franklin Graham on Tuesday commended the Coach for “not being ashamed to take a stand for Jesus Christ and the example he is setting “for other Christians to follow.”

“The Indianapolis Colts are incredibly blessed to have a man like this as head coach. After their upset victory on Sunday over the Buffalo Bills, Coach Frank Reich didn’t hesitate to recognize the One who helped him and the team get to that point,” Graham wrote.

“At the press conference, he quoted from the song, ‘In Christ Alone.’ He said: ‘In Christ alone I place my trust, and I find my glory in the power of the cross. In every victory, let it be said of me that my source of strength and my source of hope is Christ alone.’ What truth—and what a testimony!” the Samaritans Purse President stated.

“Congratulations Coach Reich and the Colts! Thank you for not being ashamed to take a stand for Jesus Christ and for being an example for other Christians to follow!” Graham applauded.