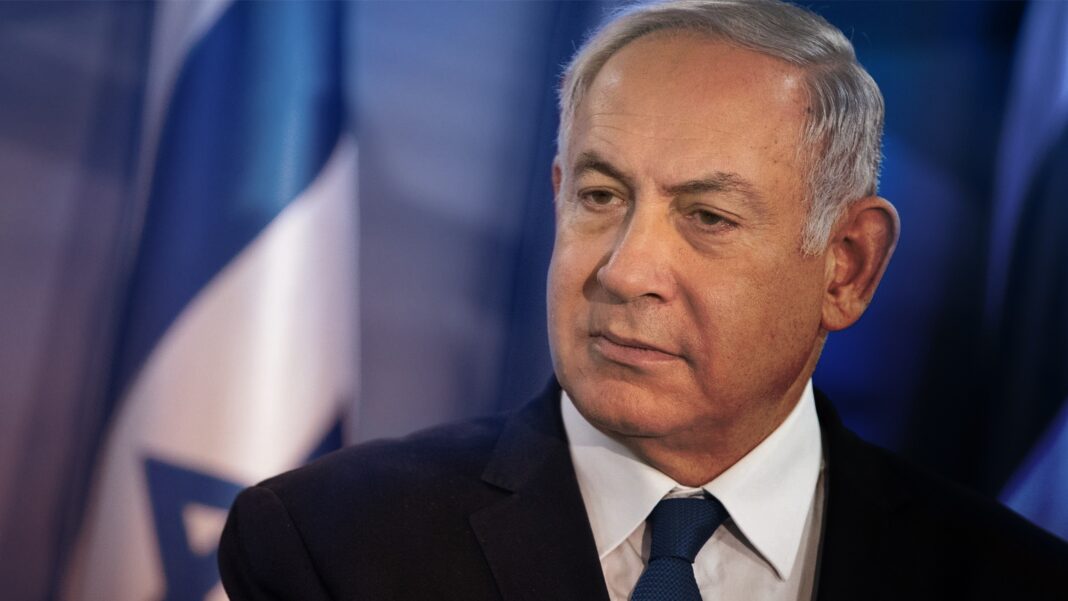 Purim commemorates the salvation of the Jewish people in ancient Persia as recounted in the Biblical Book of Esther. According to the Hebrew calendar, Purim is celebrated on the 14th of the month of Adar, which begins the evening of 25 February this year.

“On the eve of Purim, I would like to say to those who seek our lives, Iran and its proxies in the Middle East: 2,500 years ago, another Persian villain tried to destroy the Jewish people and just as he failed then, so too will you fail today,” said the Israeli leader.

“We will not allow your extremist and aggressive regime to attain nuclear weapons. We have not made the journey of generations, of thousands of years, to return to the land of Israel in order to allow the delusional regime of the ayatollahs to end the story of the revival of the Jewish people,” vowed Netanyahu, while speaking at an official memorial ceremony for hero Yosef Trumpeldor and his comrades, who fell in defense of the Galilee town of Tel Hai in a 1920 pre-state battle with Shi’ite Muslim marauders.

Netanyahu has strongly opposed any prospective return of the United States to the 2015 Joint Comprehensive Plan of Action (JCPOA) nuclear agreement with Iran, from which former US President Donald Trump withdrew in 2018. The current administration of President Joe Biden has expressed willingness to renegotiate the atomic dispute with the Islamic Republic toward through a bolstered accord, although Prime Minister Netanyahu has steadfastly maintained that the Ayatollah Regime is working toward its stated ambition to annihilate the Jewish State through pursuit of atomic weapons, and is not to be trusted under any circumstances.

According to a statement communicated by the Prime Minister‘s Media Advisor, Netanyahu continued with statements directed at Tehran: “We are not pinning our hopes on any agreement with an extremist regime such as yours. We have already seen the quality of agreements with extremist regimes such as yours, in the past century and in this one, with the government of North Korea. With or without agreements – we will do everything so that you will not arm yourselves with nuclear weapons.”

In related developments, Israel’s coronavirus cabinet authorized a nighttime curfew from 8:30pm to 5am during Purim that will remain in effect from Thursday until Sunday.

In accordance with ancient tradition rooted in Chapter 9, Verse 28 of the Book of Esther, observers exchange gifts of food, make donations to charity, participate in feasts with friends and family, publicly recite the Scroll of Esther (known as the “reading of the Megillah”) and add further prayers to those normally performed after meals and throughout the day.

Hal Lindsey, in his recent article, “The Miracle Before us,” explained why it is that the land of Israel isn’t like any normal nation, but is a living miracle and fulfillment of Biblical Prophecy:

The State of Israel may seem normal. But it’s not. It is no more normal than the restoration of a withered hand or the parting of a vast sea. Israel is not normal. Israel is a miracle!

The nation’s existence feels normal to most people today partly because it has been there for 73 years. They forget that for two millennia, Jews were once scattered across the whole globe with no place to call home. In all that time, they continued to revere the law of Moses. They kept on celebrating Passover. Their culture did not disappear into the dominate cultures of the places they landed. They adapted to a variety of civilizations, but at their core, they remained the same. This is unique in human history.

They did not achieve this because of their virtue or courage. We can admire generations of brave Jews standing up to bullying, persecution, and even mass murder. But they remained a unique people because God promised that they would. Through Moses and the other prophets, He had warned them that certain behaviors would cause them to be dispersed across the earth. But even in His warnings, He promised to bring them back to the land He gave them.

He brought them back in order to uphold His word and the honor of His name. In Ezekiel 36:22, God says to the nation, “I do not do this for your sake, O house of Israel, but for My holy name’s sake.” In verses 24-25 of that chapter, God said, “I will take you from the nations, gather you from all the lands, and bring you into your own land. Then I will sprinkle clean water on you, and you will be clean; I will cleanse you from all your filthiness and from all your idols.”

Notice the word at the beginning of verse 25 — “then.” He promised to first bring them back to the land, THEN cleanse them of all filthiness. He’s been bringing them back for the last hundred years and that process continues. During the tribulation period, an awakening will take place among the people of Israel. They will turn to Jesus suddenly and in overwhelming numbers.

Today, Israel may look like other nations. It faces all kinds of problems — everything from mundane problems to existential threats. Its leaders make mistakes. As a nation, it often embraces political correctness over the morality spelled out in God’s word. There are pockets of corruption. Like so many other democratic nations in the world right now, some are trying to use the courts to unseat political opponents that they cannot defeat at the polls.

The nation has allies and enemies. In the second half of the Trump Administration, many old enemies reversed course and became friends. Against all odds, they have a thriving economy and under their care, we have seen the desert blossom, just as God said it would.

But that’s not the biggest miracle. The biggest miracle is that Israel exists! And it exists in the ancient land God gave the Israeli people through Abraham almost four thousand years ago. God said He would do it and — against all human wisdom — He did. Israel exists today as a living testimony that God will do everything He prophesied. Israel proves the Bible! That’s why so many nations and people rage against Israel to this day.

So, when you read about the Jewish state’s high-level trials, her elections, economy, and fight against the pandemic — remember that Israel’s existence is not normal. It is a miracle!

We also highly recommend readers take a look at Chad Thomas’ article, “The Key That UNLOCKED The Final Countdown,” to learn more about Israel’s role in Bible Prophecy and how the re-establishment of the Jewish state started a prophetic countdown to the Return of Jesus Christ.