Chad Thomas: The Key That UNLOCKED The Final Countdown 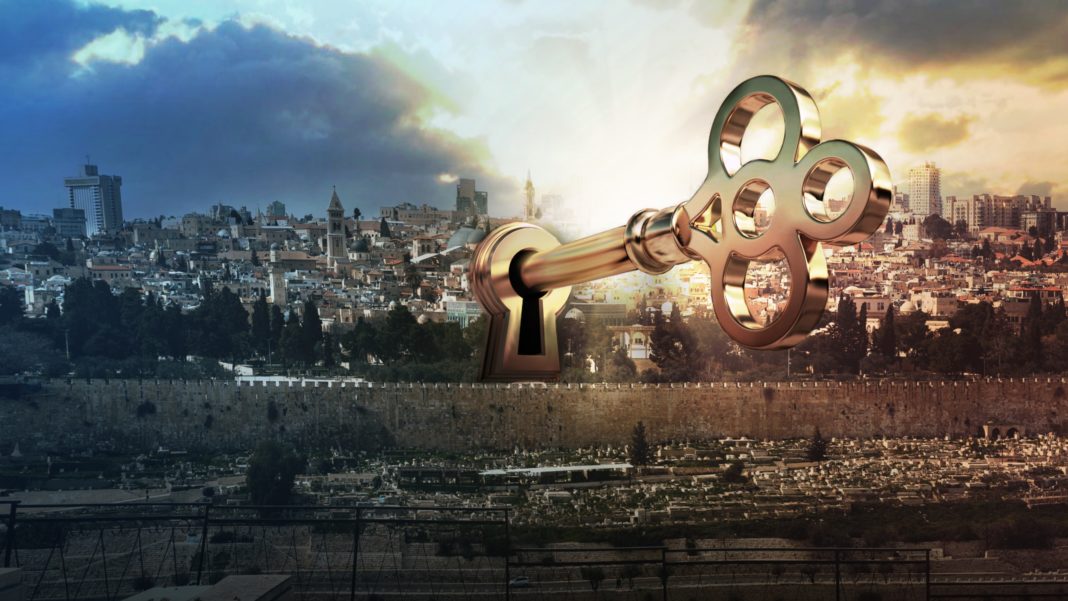 You may have heard it said, “Jesus isn’t coming anytime soon, maybe He will come one day, if He exists, but not in our lifetime;” or, “Every generation has been saying Jesus is coming, and He still hasn’t come, life will continue as usual.”

If you have experienced and are still experiencing what I am going through every day, the above is usually the response you will get when talking to people about the Lord’s Imminent Return to Rapture His Church.

However, our confidence in the times should not be shaken by the world’s dismissal. Even the scoffer’s very words prove that the Lord’s Return is near:

2 Peter 3:3-4 KJV – “Knowing this first, that there shall come in the last days scoffers, walking after their own lusts, And saying, Where is the promise of his coming? for since the fathers fell asleep, all things continue as they were from the beginning of the creation.”

I covered this further in-depth in my recent article: “The Mockers and Scoffers are fulfilling Bible Prophecy.”

Why am I so confident that Jesus is coming soon? Why am I so sure that this is the generation that is going to witness the second coming of the Lord Jesus Christ? To understand this more clearly, you have to understand God’s prophetic timepiece: the nation of Israel.

In Matthew Chapter 24 when Jesus’ disciples asked him what the signs of the end would be, Jesus gives them a description of the things that would precede his Second Coming at the end of the seven-year Tribulation period:

Matthew 24:3-8 KJV – “And as he sat upon the mount of Olives, the disciples came unto him privately, saying, Tell us, when shall these things be? and what shall be the sign of thy coming, and of the end of the world? And Jesus answered and said unto them, Take heed that no man deceive you. For many shall come in my name, saying, I am Christ; and shall deceive many. And ye shall hear of wars and rumours of wars: see that ye be not troubled: for all these things must come to pass, but the end is not yet. For nation shall rise against nation, and kingdom against kingdom: and there shall be famines, and pestilences, and earthquakes, in divers places. All these are the beginning of sorrows.”

I go over this in more detail in my article: “How To Share Bible Prophecy With Others: A Guide.”

One could argue there has always been Earthquakes, Wars, Famines, Pestilences, etc. That would be true, but I think when you see how these things are increasing in intensity and frequency just like a woman in travail that’s about to give birth, you will see we are not living in normal times.

But more importantly, many are still missing the KEY. They are Missing the KEY than unlocked the final countdown. Again, that KEY is the nation of Israel.

Israel officially became a nation on May 14, 1948. This was a huge event that, although many do not realize, started a final countdown that will conclude with the second coming of Jesus Christ when He touches down on the Mount of Olives at the end of the seven-year Tribulation Period and establishes His 1000-year Millennial reign.

2,500 Years before Israel officially became a nation, the Prophet Isaiah prophesied that this event would occur and that it would occur in a single day!

Isaiah 66:8 KJV – “Who hath heard such a thing? who hath seen such things? Shall the earth be made to bring forth in one day? or shall a nation be born at once? for as soon as Zion travailed, she brought forth her children.

After Jesus explains to His disciples in Matthew 24:3-8 the things that would proceed His second coming, He gives them the KEY that unlocks the final countdown, and it’s located in Matthew 24:32-34:

Matthew 24:32-34 KJV – “Now learn a parable of the fig tree; When his branch is yet tender, and putteth forth leaves, ye know that summer is nigh: So likewise ye, when ye shall see all these things, know that it is near, even at the doors. Verily I say unto you, This generation shall not pass, till all these things be fulfilled.”

This prophecy is also known as ‘the parable of the fig tree.’

Many students of the Bible and end times eschatology will agree that the fig tree is representative of the nation of Israel. Very clearly here, when you interpret this parable, Jesus is explaining, when we see Israel officially become a nation, the generation that witnesses this will not pass away until all of these things be fulfilled. Until what things be fulfilled? Everything Jesus had said prior to this in Matthew 24!

So, the generation that witnesses Israel officially becoming a nation will not pass away until all of these things be fulfilled, including the seven-year Tribulation Period!

Now the big question is, how long is a generation?

This has been something many students of End Times Eschatology have debated on. However, I think we get a pretty good clue in Psalms 90:10:

Psalm 90:10 KJV – “The days of our years are threescore years and ten; and if by reason of strength they be fourscore years, yet is their strength labour and sorrow; for it is soon cut off, and we fly away.”

Was Jesus giving us a clue in the parable of the Fig tree as to when He would Return and establish His Kingdom on Earth for His 1000-year Millennial reign? It looks very possible. Psalms 90:10, which I just shared above, makes a case that a generation is 70-80 years. It then mentions flying away… that’s interesting, that sounds a lot like us flying away in the Rapture, doesn’t it?

So, if Israel became a nation on May 14, 1948, and Jesus tells us in the Parable of the Fig Tree that this generation that witnesses this will not pass away until all these things are fulfilled, and we add 70-80 years (the length of a generation according to Psalms 90:10) it takes us to 2018- 2028. Now, we must remember that there is a seven-year Tribulation period that needs to be added and the preceding Rapture of the Church. That would take the Tribulation starting in a window from 2011-2021.

We are not in the Tribulation period yet, and the Rapture of the Church has not yet occurred.

The whole point I am trying to make here is we are in the window now! It’s been over 73 years since Israel became a nation. So, if the Tribulation period were to start this fall, for example, Israel would be 79 years old at the end of the Tribulation in the year 2027. And if the 70-80-year generational timeframe as outlined in Psalms 90:10 is accurate, we are in a window right now to expect the imminent return of Jesus Christ to Rapture His church.

Regardless of your view on if the 70-80-year Generational timeframe is accurate, here is the main point, Israel is God’s prophetic timepiece, and the Final countdown to Jesus return began ticking once Israel became a nation officially on May 14, 1948.

When I look around right now at what’s going on in the world, it reiterates to me that this Generational timeframe is correct. The Coronavirus Pandemic that is affecting the entire world is setting the stage for a Global Government (New World Order), a One World Religion, and the coming One World Currency (Beast System). The stage is getting set for the rise of the Antichrist after the Rapture of the Church. It’s happening here, and it’s happening now.

To get more information about this, go to my article: “Is the Coronavirus Pandemic the Trojan Horse of the New World Order?“

We are in the window. We are in the season of the Lord’s Imminent Return to Rapture His church. Now is prime time to be about the Father’s business more than ever before. We need to keep preaching Jesus is the only way to the Kingdom of Heaven, and He is the only name that can save us. We need to tell people that today is the day of salvation and that today is the day to repent, to believe the Gospel, and be converted to a new life in Jesus Christ today. Share with people the Gospel of their salvation (1 Corinthians 15:1-4, Romans 10:9-10).

Time is short. Jesus is coming soon! The KEY that unlocked the final countdown occurred on May 14, 1948. The way things look around the world right now makes me think that the doorknob is turning and that trumpet is about to sound. Keep watching with me! Keep looking up! The King of Kings and Lord of Lords Jesus Christ is coming soon!

Franklin Graham: Hope in an Age of Lawlessness