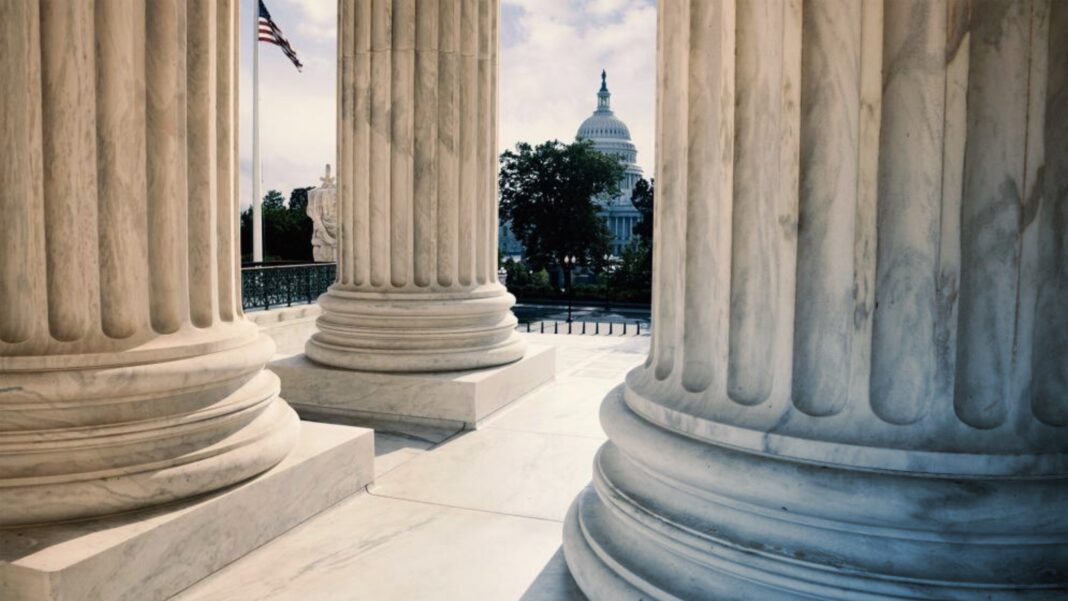 The U.S. Supreme Court should overturn its landmark 1973 ruling that legalized abortion nationwide and allow states to decide whether to regulate abortion, the office of Mississippi’s Republican attorney general argued in papers filed Thursday with the high court.

“Under the Constitution, may a State prohibit elective abortions before viability? Yes. Why? Because nothing in constitutional text, structure, history, or tradition supports a right to abortion,” Mississippi Attorney General Lynn Fitch and four of her attorneys wrote in the brief.

The arguments are a direct challenge to the central finding of the court’s 1973 Roe v. Wade decision and its 1992 decision in a Pennsylvania abortion case. Both rulings said states may not put an undue burden on abortion before an unborn baby is viable. The Mississippi attorneys argue that those rulings are “egregiously wrong.”

Pro-life groups had positive reactions to the news of Mississippi’s filing.

“We thank Atty. Gen. Fitch for standing strong for the right to life and for the right of duly-elected state legislators to protect the most vulnerable among us,” Carol Tobias, the group’s president, told the Los Angeles Times.

One pro-abortion group leader believes half of the states would ban abortion if Roe v. Wade is overturned by the Supreme Court.

Nancy Northup is president and CEO of the Center for Reproductive Rights, which is defending Mississippi’s only abortion clinic in its challenge of the 15-week abortion ban.

“Today’s brief reveals the extreme and regressive strategy, not just of this law, but of the avalanche of abortion bans and restrictions that are being passed across the country,” Northup said in a statement.

As CBN News reported in May, the court with a 6 to 3 conservative majority said it will consider arguments over a Mississippi law that would ban abortion at 15 weeks. Justices are likely to hear the case this fall and could rule on it in the spring.

The Mississippi 15-week law was enacted in 2018, but was blocked after a federal court challenge. The state’s only abortion clinic, Jackson Women’s Health Organization, remains open and offers abortions up to 16 weeks of pregnancy. Clinic director Shannon Brewer has said about 10% of its abortions there are done after the 15th week.

The Mississippi law would allow exceptions to the 15-week ban in cases of a medical emergency or severe fetal abnormality. Doctors found in violation of the ban would face mandatory suspension or revocation of their medical license.

Also in the filing Thursday, the Mississippi attorneys wrote that if the Supreme Court does not overturn the standard that abortion restrictions should face heightened-scrutiny, the court “should at minimum hold that there is no pre-viability barrier to state prohibitions on abortion and uphold Mississippi’s law.”

The Mississippi attorneys wrote that circumstances for women have changed since the 1973 and 1992 Supreme Court rulings. In fact, science has revealed much more since then about the amazing development of preborn babies, and expectant mothers are able to see the humanity of their baby though 3D ultrasounds and fetal heartbeat monitors.

“Today, adoption is accessible and on a wide scale women attain both professional success and a rich family life, contraceptives are more available and effective, and scientific advances show that an unborn child has taken on the human form and features months before viability,” the Mississippi attorneys wrote. “States should be able to act on those developments.”

Court watchers will have their eyes trained on Justice Clarence Thomas. Following the June 2020 Supreme Court ruling that struck down a Louisiana abortion law that was designed to ensure the health and safety of women, Thomas in his dissent bludgeoned his fellow justices.

He said none of the Court’s pro-abortion decisions are supported by the U.S. Constitution. He labeled them “a creation that should be undone.”

He went right after the Roe v. Wade ruling that legalized abortion nationwide and the rulings that followed it, writing, “Despite the readily apparent illegitimacy of Roe, the Court has doggedly adhered to (it’s core holding) again and again, often to disastrous ends.”

Thomas also wrote, “Abortion precedents are grievously wrong and should be overruled.”

Ken Ham, in his article, “Roe v. Wade and the Religion of Death,” urged everyone to look at the atrocity of the supreme court decision to legalize abortion:

As Americans think [about] Roe v. Wade Supreme Court case that resulted in the legalization of abortion in the US, resulting in more than 50 million children murdered in their mother’s wombs, I pray that we will weep before a holy God for those who chose death rather than life.

Think about the fact that the deaths of millions in the Nazi Holocaust, caused by a madman, Hitler, who accepted the religion of death, now pales in comparison to the number of children who have died at the hands of abortionists in the US.

Think about the fact that as so many in this nation will rightfully cry out against the murders at the hands of terrorists, many of the same people will support or condone the killing of millions of children in their mother’s wombs. The same people may cry out against the cruel treatment of animals, yet they will accept the killing of children by abortion. The list could go on! When it comes to human beings, so many people choose the religion of death instead of life when it comes to unborn children. What hypocrisy there is in the land.

I urge everyone to side with life, not death, for the sake of children made in the image of God (Genesis 1:27). And I also urge everyone to choose life—eternal life—in Christ, instead of the second death that will separate people from their Creator forever in a place the Bible calls hell.