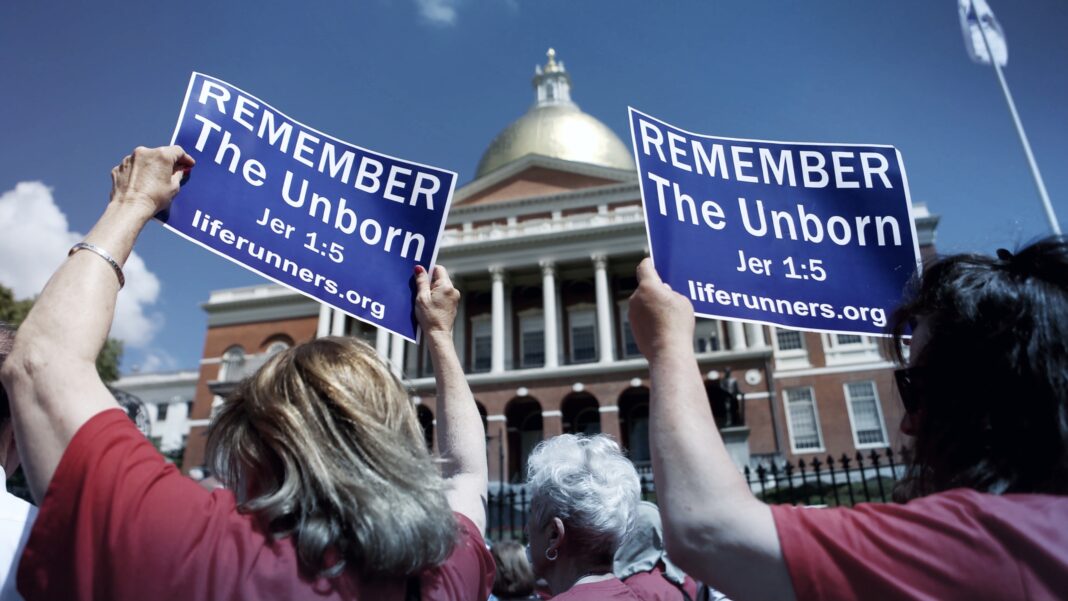 Massachusetts House Speaker Robert DeLeo (D) will push for a vote this week on an amendment to the annual budget bill that would codify abortion rights into state law, legalize abortions until birth, and allow abortionists to deny care to infants who survive the procedure.

“Following last week’s joint statement with Senate President [Karen] Spilka [D], in which we expressed concern over the threat to women’s reproductive rights on the national level, it is urgent that the House take up an immediate measure to remove barriers to women’s reproductive health options and protect the concepts enshrined in Roe v. Wade,” DeLeo said in a statement, reported WBUR News.

Though, according to the news report, DeLeo warned state House legislators not to attach major policy measures to the budget bill, he said Monday the ROE Act [Act to Remove Obstacles and Expand Abortion Access] is an “urgent” matter and must be included.

If passed, the measure would legalize abortions after 24 weeks of pregnancy, allow a loophole for girls under the age of 16 to obtain an abortion without the consent of their parents, allow non-physicians to perform abortions, and allow abortionists to deny life-saving medical care to an infant who survives abortion.

“In the midst of a deadly pandemic, where the focus has been about saving lives, the radical Democrats want to kill babies born alive following failed late-term abortions,” Massachusetts Republican Party Chairman Jim Lyons said Monday.

“As WBUR reported, this budget amendment is essentially the same bill as the so-called ROE Act which allows babies who have survived abortions to be killed on the spot,” he added.

According to WBUR, DeLeo and Spilka vowed to introduce legislation to expand abortion rights should Amy Coney Barrett be confirmed to the U.S. Supreme court.

A coalition of over 300 Massachusetts pastors, however, sent a letter to Gov. Charlie Baker (R), requesting he veto the amendment.

Opponents to the measure “have consistently referred to this as the ‘Infanticide Act’ due to its eliminating of existing requirements for doctors to save the life of a child born alive during an abortion,” a press release said.

In their letter to Baker, the pastors said in addition to their prayers for the governor, state leaders, and “justice for the poor, the downtrodden, the defenseless, and the least among us,” they include as well their prayers for “our children still in their mother’s womb.”

In 2019 alone, there were 18,593 abortions performed in the Bay State. How much more “accessible” does the murder of unborn children need to be? Abortion ends the life of a human child and puts the physical, mental, and emotional health of women, most especially young women, at risk.

“This is a radical, major, policy shift,” Lyons said, asserting the Democrats are attaching such a pivotal piece of legislation to a necessary budget bill without a public hearing.

“Speaker DeLeo just finished saying that the commonwealth’s critical overdue budget would be free from radical policy overhauls only to turn around and use that same budget-making process to push through this despicable legislation,” he stated, “and that should disgust us all, regardless of party affiliation.”

Ken Ham, in his article reporting on the rising acceptance of infanticide in Europe, explained that as “our culture fights for the right to end lives,” it is the duty of the people of God to “stand on the authority of his Word” and stand for the sanctity of life:

As shocking and horrifying as this may seem, it is the next logical step in a secular society that increasingly devalues life—with man acting as his own god (the temptation the devil gave in Genesis 3:5). After all, what is the difference between a baby in the womb and one that was just passed through the birth canal? Nothing, except location. If you can kill a baby in the womb moments before birth (as many people including prominent politicians support, particularly if that baby has a disability), why allow that child to live after it has exited the womb? There is no difference in their minds. These doctors are just taking their worldview (a worldview of death!) to its logical conclusion. And why stop at a newborn? Why not a toddler, a teenager, or an adult? (And we’ve already seen this with cases regarding euthanasia in Europe.) It’s truly a culture of death!

In 2 Timothy Chapter 3, the apostle Paul describes what the character of mankind would be like in the last days. These characteristics would serve as a sign that Jesus’ return is fast approaching. Among this list is a “Loss of Natural Affection”: