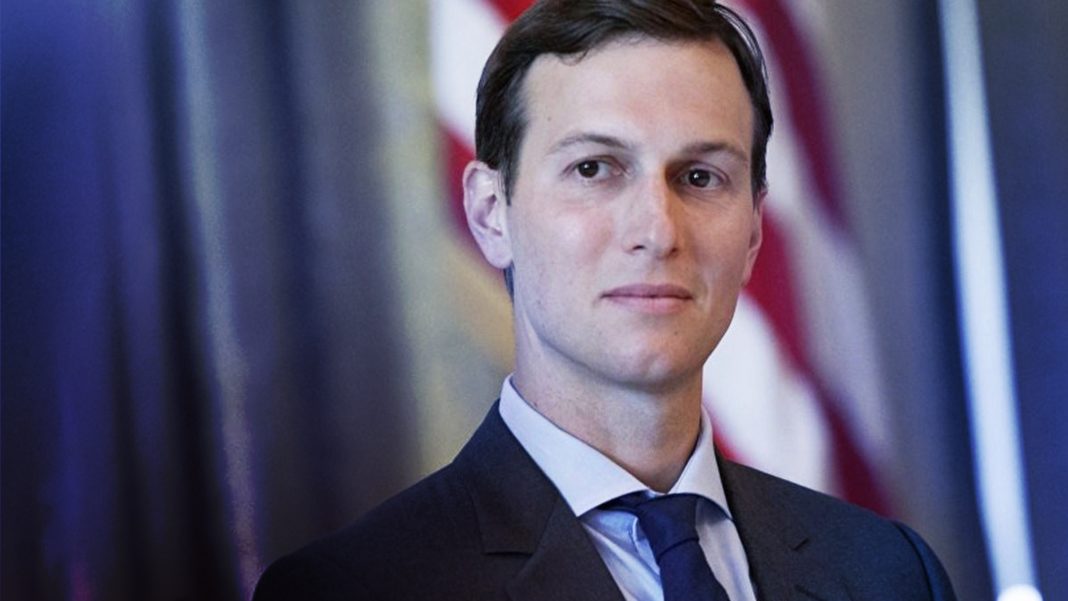 US presidential adviser Jared Kushner urged Prime Minister Benjamin Netanyahu and Blue and White party leader Benny Gantz in separate meetings to work together to form a unity government in order to seize the “tremendous opportunities” in the region, he said in an interview that aired Tuesday.

Speaking to Channel 13, Kushner said he thought both Netanyahu and Gantz want to “move forward” and put an end to the political deadlock plaguing the country after the inconclusive September elections, the second national vote in a year.

“The message that I was bringing was one that right now in the region there really are tremendous opportunities that we’ve accomplished over the past couple years, but even more that we can be seizing together, so it would be great for Israel to figure out how to form a government so we can start working on all the big priorities and opportunities that exist,” said Kushner.

Kushner, who met with Gantz for the first time in an official capacity on Monday, called the Blue and White chairman, a former IDF chief of staff, a “great general” and said “he seems to have a good intention to try and bring good for Israel,” but seemed to discount the possibility of any government that did not include Netanyahu.

“Hopefully he’ll be able to work with Prime Minister Netanyahu and find a way to move forward.”

The meeting on Monday was the first between Blue and White’s leadership and senior US officials, and came days after Gantz was tasked by President Reuven Rivlin with forming a government after Netanyahu failed to put one together after the September elections.

Kushner, who is the son-in-law of US President Donald Trump, said the administration was eager to see a government formed in Israel to allow it to finally present its long-delayed peace plan. “We have a real desire to put the plan that we’ve been working on. We have a lot of ideas and we want to put these ideas down,” he said.

Kusher also downplayed the nadir in ties between Washington and the Palestinian Authority, which has boycotted the administration since Trump recognized Jerusalem as Israel’s capital in December 2017 and later cut Palestinian aid.

He asserted that the Palestinian rejection of US efforts was mostly posturing.

“At the end of the day I believe people will be rational actors,” he said.

Kushner was asked about the sudden US decision earlier this month to withdraw forces from northern Syria and whether Israelis should be worried about US commitment to the nations’ alliance.

“Anyone in Israel who thinks that [the situation in Syria] has any implications for the US-Israel relationship is badly mistaken,” Kushner said. “Under President Trump the bond between America and Israel has been significantly strengthened and our intention is to continue to do more of the same.”

Speaking at the Future Investment Initiative conference in the Saudi capital Riyadh Tuesday evening, Kushner added that “Israel is not the cause of all the suffering of the Palestinian people.”

“If you want to go and invest in the West Bank or Gaza, the issue that’s holding you back is the fear of terrorism and that your investment could be destroyed,” he said.

Kushner unveiled the economic aspects of a US Israeli-Palestinian peace initiative in June with a conference in Bahrain, in which he dangled $50 billion in investment for the region if the Palestinians agree on a political deal.

The Palestinian leadership boycotted the conference, accusing the administration of ignoring key issues and trying to buy its acceptance of Israeli rule.

The PA has been in deep financial crisis since February when Israel froze transfers of VAT and customs duties it collects on the Palestinians’ behalf, due to its handouts to prisoners convicted of terrorism as well as the families of dead terrorists.