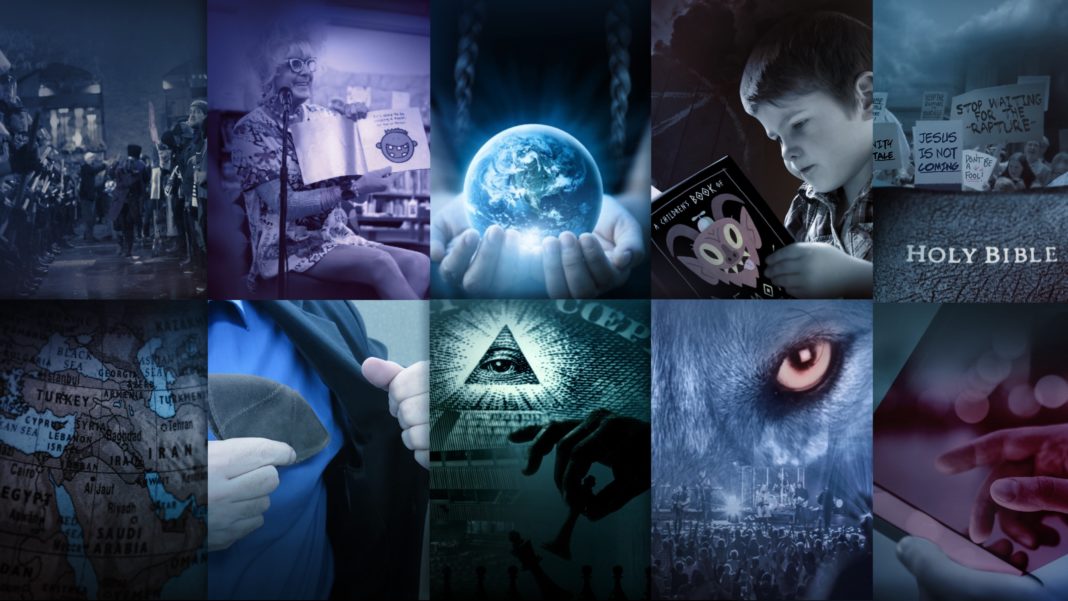 There was a time when news of last days’ significance was sporadic. I could easily do a weekly radio program and hit the highlights of the week in an hour or two on air. In the last decade, that has all changed. Now, when trying to prepare a new message on the signs of the times, I find myself having to leave out information due to volume. Some things just have to be set aside.

In light of that, let me present what I think are the top ten Bible prophecy signs of 2019. As stated, I could present 110.  In some cases, these signs are Tribulation-related events but they are still casting a shadow on the Church Age. They are not in order of importance because each item is important!

1)   The spirit of the Antichrist has been poured out around the world.

In dozens of countries, we see anarchy, lawlessness, rage, and violence. It even came to the heartland of Minneapolis when President Trump spoke here in October. The area around the rally turned into a war zone. It is now cool to be a member of Antifa and to create destruction.

2)   The last year has seen the rise of Romans 1 behavior and thinking, the explosion of strong delusion, and the increase in the hatred of God.

There is a collective shrug over things like “Drag Queen Story Hour.” So what, yet this measures our decay more than anything else. A 6’5” male won the “woman of the week” award at the University of Montana—strong delusion.

Millions of free Americans long to have our country succumb to Socialism and some are praising Marxism. Again, an irrational delusion.

The Western world now has a rabid hatred of God that would be unexplainable had the Bible not warned us that the last days would be characterized by this sentiment. First Europe threw God out and now America is close to it. This is again delusional thinking.

Seminary students in New York are praying and confessing sins to plants. How else can these things be explained other than the pouring out of strong delusion and reprobate mind thinking in these last days?

3)   In the last year we have seen a rise in a new world religion.

The Pope of climate change has announced a global crisis. So will climate be the pathway to the New World Order? I think so. The NWO must have a crisis. It will ultimately be the Rapture of the Church but before that, their sky is falling with perceived rising temperatures.

How does an autistic teenager take the world by storm just for having a climate temper tantrum at the U.N. in September? Greta Thunberg was named the successor to Jesus Christ by her home nation of Sweden.

Understand she has a machine behind her—a globalist climate-alarmist machine. And this kind of radicalism is becoming a global religion. It will be a major component of the coming one-world religion.

Voodoo dolls are sold in retail stores. Witches continue to try to hex President Trump as well as all Christians or conservatives. Today this makes headlines and is the lead story on Fox News.

Walmart, Amazon, Target, Barnes & Nobles, and others, are selling the “Children’s Book of Demons”, teaching them how to conjure demons and implement them in their lives. They advertise saying, “summoning demons has never been so much fun.”

We learned this year that the drag queen story hour is really rooted in occultism. And the world’s largest Ouija Board made national headlines.

There are now more witches in America than there are Presbyterians according to the Pew Research Center.

Netflix is releasing a new feature January 1 titled “Messiah” but in looking at the trailer, one has to wonder if it isn’t promoting the Antichrist.

5)   The mocking and scoffing of the truth has risen to new levels (II Peter 3).

People who want to share the good news of the gospel or the hope of Christ’s return have few who will listen and those who will listen shoot the messenger and the message like never before.

Joy Behar on “The View” is acclaimed for saying Mike Pence has mental illness because he hears the voice of God.

Have you attended a good Bible prophecy conference lately? Understand these are just “hysteria conferences.” Shame on you for believing that the King is coming any day.

Just about the entire secular Left is mocking Christianity or coming up with new laws to undermine Christianity.

6)   Christians and Jews are on the run.

Christians are running for their lives and Jews are running to Israel for safety. As The Gatestone Institute reports , the numbers of Christians being killed for their faith is “too many to count.”

Pope Francis just stated that fundamentalist Christians are a “scourge.” Jews and Christians are the “people of the book” and the predicted last days’ condemnation on both has risen to new heights in the last year.

A pro-Palestinian group at the University of Minnesota, just 20 minutes from my home, just called for the slaughter of all Jews and had enormous local support.

Anti-Semites like Rick Wiles are gaining in popularity as he calls the mess in Washington a “Jew coup” and blames the Jews for every problem in the world. He even says their goal is to kill all Christians!

7) The “epicenter”—the Middle East—is in a shake-up.

Vladimir Putin is now being called the new “King of the Middle East.” Is this a foreshadowing of Ezekiel 38-39—the Gog-Magog war?

The constant turmoil is a foreshadowing and stage-setting of a foretold event, the obliteration of Damascus (Isaiah 17:1) likely followed by the Gog-Magog War.

We are just one election away from the complete U.S. abandonment of Israel if a leftist gains the White House.

8)   The efforts of the globalists were advanced in the last year.

Pope Francis continued to beat a drum for globalism. Donald Trump and Benjamin Netanyahu continue to represent the nationalist mentality and the globalists are trying to run both out of office.

The United Nations called for global government in less than 12 years.

Europe cries for no borders and liberals in America decry borders.

The world continues to long for a single leader to make all things right as well as for global government.

9)   The Church of Laodicea blossomed and lurched even further to the left in the last year.

Apostasy is talked about more than just about any other end-time phenomenon.

Movements such as the New Apostolic Reformation gained new strength calling for Heaven on earth and emphasizing experiential Christianity. This is the fastest-growing “denomination” in the world.

Social justice and “critical race theory” became prominent in the evangelical church that once emphasized soul-winning.

Bible prophecy and Christian support for Israel fell deeper into obscurity in the church.

10)   The surveillance of humanity is now big business and privacy is completely gone.

New technologies have emerged that reveal our every step is now being tracked. Someone is following our every move online and our “smart” devices, that seem smarter than humans, are spying on us 24/7. This is a set-up for Antichrist’s empire, as is new technology utilizing artificial intelligence.

Limiting my list to just ten important items forced me to leave off events such as third temple talk in Israel, record-setting birth-pang natural disaster destruction, and the stunning “convergence” of things we have never seen so prominent.

But, I hope I have helped you focus on “signs of the times” that are a herald of His coming in the last year.

And keep in mind that many of these items are going to fully blossom in the Tribulation. What we have now is just a foretaste. God will spare His Church from this wrath as we are enjoying Heaven during this seven-year period of utter chaos on earth.

While it is a challenge to be born for such a time as this, it is encouraging to know that everything is falling into place.