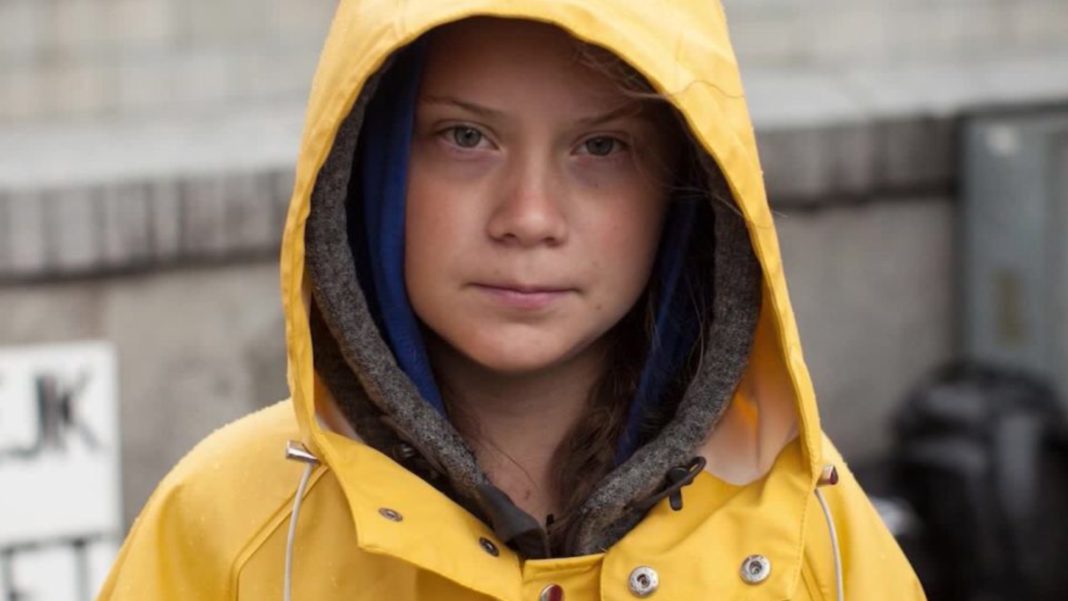 The tweet resurfaces as Thunberg has renewed international attention after speaking at the United Nations’ climate summit last week in New York City. She plans to travel around the U.S. and Canada to take part in youth climate change protests before heading to Chile in December for another U.N. summit.

Thunberg, 16, started the Fridays for Future school walkout more than a year ago, and the idea has been picked up by youth around the globe as young people take warnings about the impending devastation climate change will cause to heart, including the U.N.’s ongoing climate change campaign.

“My message is that we’ll be watching you,” Thunberg said in her U.N. speech. “You all come to us young people for hope, how dare you?” Thunberg said. “You have stolen my dreams and my childhood with your empty words and yet I’m one of the lucky ones.”

“We are in the beginning of a mass extinction and all you can talk about is money and fairy tales of eternal economic growth,” Thunberg said. “How dare you?”

The Washington Examiner reported on the Malmö church’s embrace of the climate change agenda and the suspension of its Twitter account after it was criticized for the Thunberg tweet:

The Church of Sweden has a history of promulgating climate alarmism and Greta Thunberg particularly, noting on their official website, “When the Amazon burns, we gather to fight for Mother Earth together.”

The tweets have not been deleted, but the account was true to its word and has remained inactive since Dec. 6. The Church of Sweden is the largest Christian church in Sweden, though it ceased to be the official state religion in 2000.

If we have hurt someone, we apologize.

Our sense has been to talk about Jesus Christ in our own way. Now we leave the arena.

Thank you for your commitment, joy, and debate.

The Red State website noted in its coverage of the resurfaced tweet that the church’s website stated that it would ring its bells to support the Global Climate Strike that took place in conjunction with the U.N. summit.

“In conjunction with the Global Climate Strike, church bells ring and we gather for prayer for the future of the earth,” the notice said. “We pray that we believe that man is responsible for nurturing and managing Creation so that children are given the opportunity for a future.”

“We pray that we know that climate change affects the most vulnerable — poor, children, and women,” the notice said. “We pray that we believe in man’s ability to change and change.”

It’s being described as “the most comprehensive assault on Christianity in America ever written into law,” “a dangerous threat to our nation,” “the Left’s...
Read more
Israel & Middle East