The Occult Roots of ‘Drag’ Identity 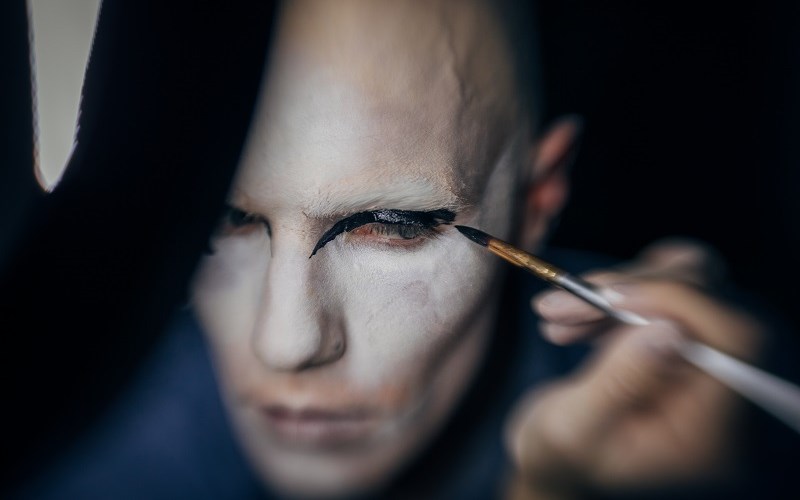 Men who dress as women love Halloween, and not just for the costuming opportunities. They are often keenly attuned to the dark spirits of the season and willing to do their bizarre, depraved bidding.

It’s one more reason to keep vulnerable children away from homosexual/gender indoctrination sessions, “drag” tutorials and parents-excluded “safe sex” discussions at your local library. These wicked people are eagerly seducing and grooming children right under our eyes if we let them.

Drag queens are a scary presence for little kids. The young, mesmerized faces hear the allegedly “inclusive” lessons and watch the sexual gyrations tell the real story. Something’s strange in this neighborhood, and youngsters get it, even if their clueless parents giggle and nod alongside the corrupted librarians.

The truth is, gender-benders’ public readings and sexualized performances are often influenced by an other-worldly realm. It turns out that many “drag” identifiers follow paganism, witchcraft or Satanism. They don’t even try to hide this close connection.

For instance, in a recent Tweet, the Church of Satan said, “We can confirm that there are a lot of satanic drag queens. And they are fabulous.”

And the San-Francisco-based Satanic Temple is made up mostly of “LGBTQ” identifiers, even holding a “Pink Mass” at times. A movie made about the group is called “Hail Satan” where the leaders say they’ll fight Christian conservatives “to the death.”

Are they serious about following Satan? Who knows and who cares? Anyone who adopts his name is, tragically, fair game. Satan will exploit and manipulate these fools to his hearts’ desire, and they may never know it.

A drag-devil partnership is popping up everywhere. There are reports of Austin, Texas- area “drag” followers engaging in occult rituals (including black masses) in public parks to “hex” two city council members, courageous people who publicly objected to the perverted “story hours” at local public libraries.

And a church in Chula Vista, CA was vandalized in September with satanic symbols. Some of the members had spoken out against a local “drag queen” event. This doesn’t reflect well on the themes of love and acceptance that “drag queens” insist motivate their events.

Anna Bohach, the 500 Mom Strong leader, wrote about this movement: “Long gone are the caricatures of drag queens as clownishly quaint entertainment for a sub-group of a sub-group of sexually-isolated fetish followers. Nowadays, they want, nay, they demand, that you openly declare your support for their desires, which is focused, like a laser-beam, on your children.”

In Long Beach, California in 2017, a photo surfaced of a devil-horned library presenter who one homosexual website dubbed a “Satanic goddess.” Quickly dismissed as a joke, one has to ask, so what? Does any discerning parent want someone to read books to their children—or do anything with our kids—who dresses like a freak and jokes about such serious matters?

The weapons of their warfare are not carnal, indeed. But neither are ours and ours are far mightier.  Praise God, there are believers in Christ who continue to oppose these depraved events, and in the end, our side wins.

But in the meantime, parents must keep speaking out and standing up, and more are doing so every day. Families also need discernment to understand how commonplace and mainstream sorcery has become, and how likely it is your children will come face-to-face with these practices in their everyday lives. At least 1.5 million Americans are witches and pagans, according to some reports, which is comparable to the membership of the Presbyterian Church (USA).

Current politics drives some occult activities, with “LGBTQ” identifiers often leading the charge. Hexes and curses against conservative political figures have become common since the 2016 election. One article described the new hexing trend:

“Dakota Bracciale, a 29-year-old transgender/queer witch and co-owner of Catland Books and witch shop in Brooklyn, is pleased with the outcome of the ritual hex placed on US Supreme Court Justice Brett Kavanaugh in October [2018]…”

Another man, Michael Hughes, has been organizing witchcraft rituals to “bind” Donald Trump since 2017 and is doing so this year a week before Halloween.

So those who claim Halloween is just about candy and costumes need to think again. It is shaping up as a significant force, and not in a positive direction.

Around the country this October there were numerous “drag queen” story events with Halloween themes: Tucson ( for “all ages”), Dallas, Atlanta, Riverside, CA, Philadelphia, St. Petersburg. In Ames, Iowa, an all-ages drag show (where children could perform if they wanted) received substantial community push-back. Good for them!

But apparently there’s a new venue for child propaganda sessions—college campuses. Michigan State University recently held a “drag” event for little children and some students. And just as we’ve been alerting parents, it was timed to coincide with “Coming Out “day on October 11. So the goal of these female impersonators was clearly to influence minor children to embrace and then announce a homosexual or gender confused identity.

Why was this allowed at a publicly-funded institution?

Yet the red flags didn’t end there. One of the transvestites introduced the MSU “act” by discussing male cross-dressing through the ages. He said, “…whether it’s jesters or shaman, every culture has this experience of getting into costume.”

A shaman is essentially a witch doctor. So once again, the occult influence in “drag” venues keeps rearing its ugly head.

Why should people care? It’s a matter of keeping our children away from spiritual and sexual risk. Predatory adults have some very noticeable traits. They manipulate situations where they can be close to children, and they have few or no boundaries– sexual, social or spiritual.

Drag queens insist on close contact with other people’s children and instantly dismiss parental (or taxpayer) concerns. Should we trust these people?

And this Halloween, if we fall for their deception, it’s a huge trick.

Halloween: This Trick is NO Treat!

How Do I Explain to My Kids Why We Don’t Celebrate Halloween?

Witchcraft Aimed At Our Kids