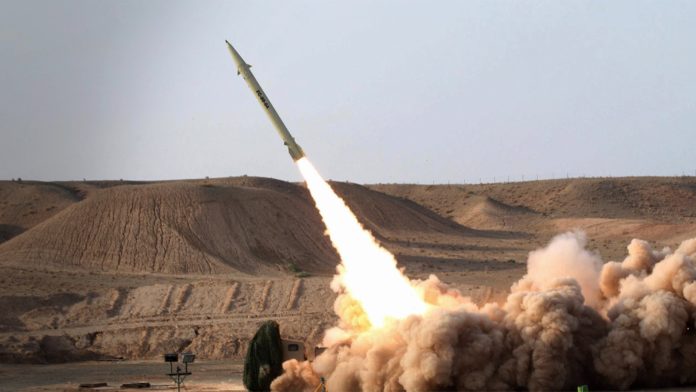 In his meeting with United States Treasury Secretary Steve Mnuchin on Monday, Israeli Prime Minister Benjamin Netanyahu warned that Tehran is now moving missiles to Yemen, which will further their capabilities to attack Israel.

While meeting with United States Treasury Secretary Steve Mnuchin, Netanyahu warned, “Iran is seeking to develop new precision-guided munitions, missiles that can hit any target in the Middle East with a circumference of five to ten meters…They are developing this in Iran.” Further expounding on the threat, he added, “They want to place them in Iraq and in Syria, and to convert Lebanon’s arsenal of 130,000 imprecise rockets to precision-guided munitions…They seek also to develop that, and have already begun to put that in Yemen, with the goal of reaching Israel from there too.”

Netanyahu would continue to emphasize how serious of a threat Iran is while calling on the US for even more sanctions. US Treasury Secretary Steve Mnuchin was unwavering in his comments regarding the US ‘maximum pressure’ campaign, saying that the US plans to increase the already devastating economic sanctions that are in place. Mnuchin, in reference to the effects of these sanctions, addressed how they limit Iran’s resources and alter their priorities.

Netanyahu continued to warn, “We regard Iran as the biggest threat to peace stability and security (in the Middle East)…They have attacked Saudi Arabia, disrupted international maritime routes and over the past decade, have attacked and killed Americans in Afghanistan and elsewhere.”