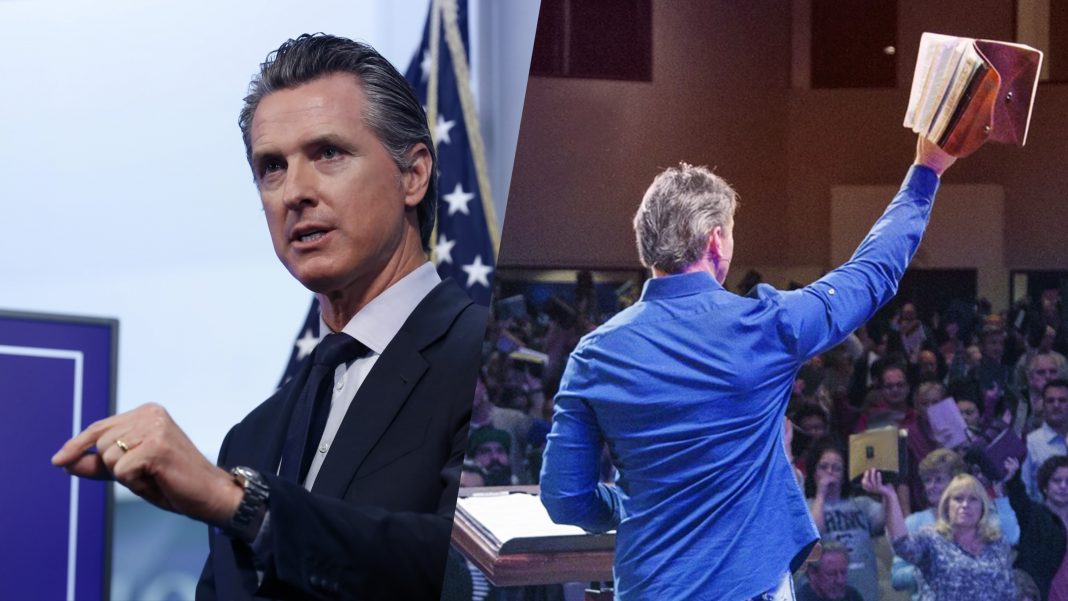 Despite the fervent efforts, specifically by the pulpits and pews in California, the recall election ended in a landslide victory for Governor Gavin Newsom. Many may now consider the defeated effort a waste of time; however, that may not be the accurate reaction, especially for Christians.

Indeed, (apparently unbeknownst to most citizens in the State) the failure to recall Newsom is terrible news for California.

As Mike Huckabee explained, many now expect “Democrats to do what they always do” by “interpret[ing] this win as a mandate to inflict more disastrous, freedom-crushing policies…”

Notwithstanding, Pastor Jack Hibbs, who helped lead the effort to replace Newsom, made a crucial point in his response to California’s failure to recall the governor. Hibbs explained that, although they were unsuccessful, they should take heart in the fact they “did the right thing”:

“I want to encourage all of you who signed the petition, all 2.2 million of you and the great amount of people who voted to remove Gavin Newsom from office,” Hibbs stated. “We may never know how many of us there truly was as Gavin Newsom has claimed victory. The awesome thing is, we all did the right thing!”

Win or lose, Christians are called to be a restraining force against the evil of our day. 2 Timothy 3, describes that the time prior to Jesus’ return will be “perilous.” Nevertheless, it is our responsibility to stand up for Biblical truth, religious freedom, the unborn, and the vast corruption we are witnessing in our world today.

As Christians, we are not to say that because the times are evil, we might as well sit on our hands. We are called to be salt and light (Matthew 5:13-16). We are called to delay the decaying process of our increasingly wicked society.

This verse in Matthew 5 also describes what happens when we sit idly by, we become like salt that has lost its savor, i.e. utterly useless!

Matthew 5:13-16 KJV – “Ye are the salt of the earth: but if the salt have lost his savour, wherewith shall it be salted? it is thenceforth good for nothing, but to be cast out, and to be trodden under foot of men. Ye are the light of the world. A city that is set on an hill cannot be hid. Neither do men light a candle, and put it under a bushel, but on a candlestick; and it giveth light unto all that are in the house. Let your light so shine before men, that they may see your good works, and glorify your Father which is in heaven.”

Franklin Graham in an interview with Tony Perkins of the Family Research Council, reminded Christians, “The worst thing that could happen is for the Lord Jesus Christ to come back and find us sitting on our hands and keeping our mouths shut.”

“When He comes back, I hope he finds us fighting and standing for truth,” Graham urged. “I’m talking about standing up against this onslaught, this tsunami, this tidal wave of evil that is coming down on society today. I would encourage the church and pastors to speak out. This is the time for us to stand together and be one voice.”

The effort to recall Newsom may not have been victorious, but the salt undoubtedly of the Christians in California that fought for this effort, did not lose its savor. The victory in California was that many Followers of Jesus did precisely as their Lord and God’s Word called them to do: stand up for what’s right!