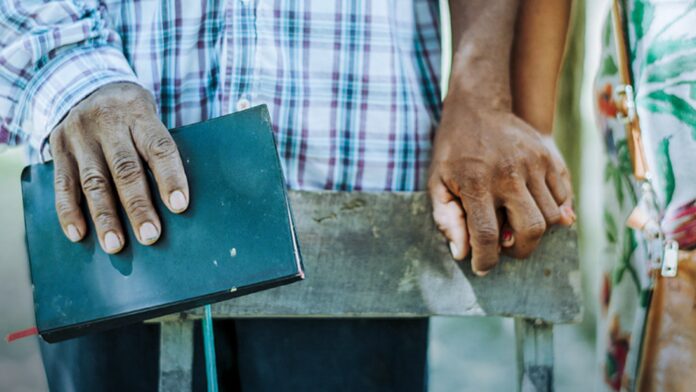 The U.S. Agency for International Development (USAID) announced on Tuesday that it has formalized steps to apply more fiscal and human resources to assisting persecuted religious groups globally.

The move is in response to President Trump’s June 2 Executive Order on Advancing International Religious Freedom. The order could not have come at a better time, said USAID’s Acting Administrator John Barsa.

“Religious freedom is on the retreat across the globe,” Barsa told reporters during a conference call. “Members of nearly all groups are experiencing a significant uptick in persecution, harassment and discrimination.”

With authoritarian regimes like the Chinese Communist Party and Daniel Ortega in Nicaragua “openly at war with faith,” USAID under the Trump executive order is positioned to bring “relief and hope to persecuted communities,” Barsa said.

Established by the Kennedy administration in 1961, USAID is tasked with rendering humanitarian aid in conjunction with U.S. foreign policy actions.

The Trump executive order in June followed several years of heightened priority given to global religious freedom as a diplomatic aim.

According to the executive order, Secretary of State Mike Pompeo had 180 days to consult with the USAID administrator to “develop a plan to prioritize international religious freedom in the planning and implementation of United States foreign policy and in the foreign assistance programs of the Department of State and USAID.”

USAID officials during the call said lessons learned while working in northern Iraq, where in 2014, a violent ISIS siege drove Christians and Yazidis from their homes and caused destruction of churches and ancient religious sites, will be valuable as USAID seeks to bring basic humanitarian and rebuilding aid to suffering communities in the Middle East, Nigeria and other places.

Hal Ferguson, who directs USAID’s Middle East bureau, said the Trump administration has transformed how USAID is doing its work in northern Iraq. So far, about $470 million has been used to help Christians and Yazidis reestablish themselves.

Ferguson said the work there is far from finished, with Iranian-backed militias holding power in some areas, but “bringing these local Iraqis into the rebuilding of their own communities [is] one of the most important aspects of our changed response there.” Ferguson believes the lessons learned there will translate when similar crises emerge elsewhere.

Ideally, “they realize that their aspiration for a greater economy, greater political stability and increased peace” is harmed by religious oppression, Norquist said.

In Nigeria, where Islamist groups such as Boko Haram, with ties to ISIS; and militant Fulani herdsmen have killed tens of thousands of Christians and destroyed churches and villages, Norquist said the newfound freedom to work with “middle guys” on the ground rather than just large, bureaucratic agencies has given USAID a boost there.

The agency, she said, is in the midst of expanding ways to get immediate and long-term relief to persecuted areas in Nigeria, taking lessons largely from its work in northern Iraq.

“In 2019, USAID contributed nearly $316 million in humanitarian assistance to those vulnerable communities affected by the atrocities in Northeast Nigeria, including those that were targeted because of their faith,” Norquist said, adding she had been on two calls about the Nigeria situation that morning.

“The executive order provides us a perfect tool—actually a very, very strong one—in order to anchor what USAID is able to do to provide assistance to vulnerable communities.”

Several Christian persecution watchdog groups have asked the Trump administration to name a special envoy to address what has been described as genocide against Christians in Nigeria.

The Trump administration has given prominent attention to international religious freedom, in part because of evangelical groups who have pressed the issue and faithful Christians in the administration who have championed the cause.

In May of 2017, Vice President Mike Pence addressed the World Summit in Defense of Persecuted Christians in Washington, D.C., hosted by the Billy Graham Evangelistic Association, which drew Christian leaders and persecuted believers from more than 130 countries.

When the Trump administration named Mike Pompeo, an evangelical Christian, to replace Rex Tillerson as secretary of state in April 2018, Pompeo, who had been CIA director and a congressman from Kansas, brought a firm grasp of the issue to the job. Two months earlier, another Kansan, former Sen. Sam Brownback, had been named the U.S. ambassador for international religious freedom.

“President Trump’s support for religious and ethnic minorities around the world has been unprecedented,” Norquist said, “and this executive order puts a frame on an already beautiful canvas of what the president has been able to accomplish.”