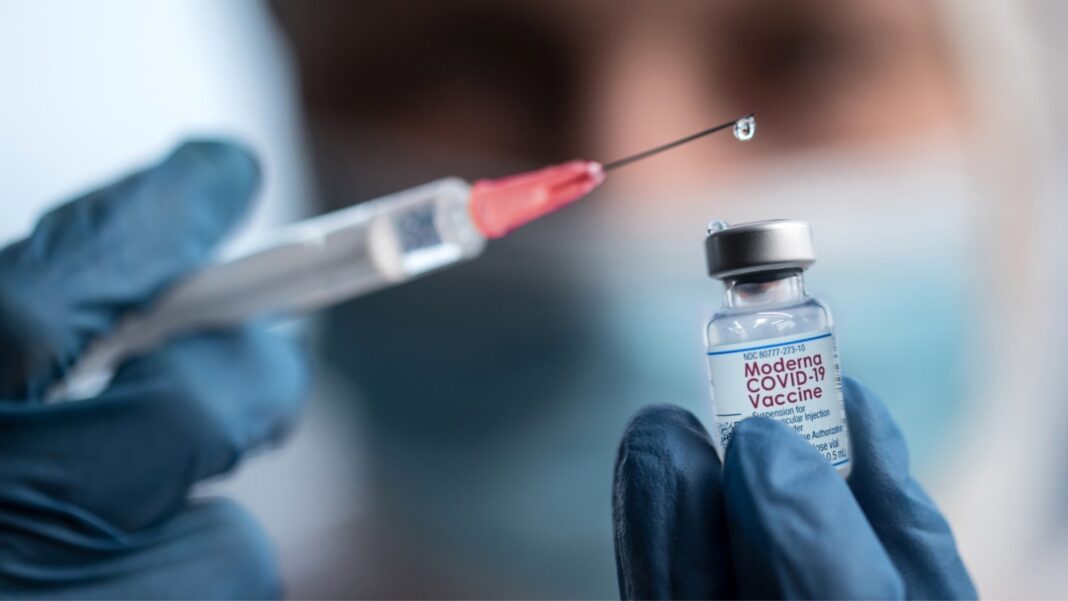 A local BC family doctor is claiming that he is being reprimanded by health officials after speaking out about alleged Moderna vaccine complications when administering the drug to patients.

According to Dr. Charles Hoffe from Lytton, BC, he was suspended from the St. Bartholomew’s Health Centre’s emergency shift due to the alleged “vaccine hesitancy” his claims have caused.

“On 29th of April, 2021, the Interior Health Authority suspended my clinical privileges, for the crime of causing  “vaccine hesitancy”, for speaking out about my vaccine injured patients.  So I am no longer allowed to work in the ER,” Dr. Hoffe told True North.

“I am still permitted to see patients in my private practice, which is not under the jurisdiction of the Interior Health authority, but I have effectively lost about 50% of my income. This is the price of advocating for the safety of my patients.”

“So in short, in our small community of Lytton, BC, we have one person dead, and three people who look as though they will be permanently disabled, following their first dose of the Moderna vaccine. The age of those affected ranges from 38 to 82 years of age,” Hoffe claimed in the letter.

His allegations were dismissed by Interior Health’s Kamloops-based medical health officer Dr. Carol Fenton, who said there have been “no deaths or lasting adverse reactions” connected to any COVID-19 vaccine in BC, let alone in the Interior Health region.

A community notice dated May 4 posted to the clinic goes on to allege that the removal of Dr. Hoffe would “leave a significant gap in physician staffing” at the hospital, however, Dr. Hoffe continues to see patients privately at his office which is attached to St. Bartholomew’s.

The notice was posted outside of the Lytton Medical Clinic, where Hoffe practices.

“These problems are further exacerbated by the fact that Interior Health Authority has also decided to reduce laboratory services in Lytton to 2 days per week. Apart from the negative impact on the quality of health care in Lytton, this will make recruitment of any new physicians extremely difficult.”

Neither the Interior Health Authority nor BC Health Minister Adrian Dix replied to inquiries from True North as to whether Dr. Hoffe is under investigation.

Recently, the College of Physicians and Surgeons of British Columbia put out a warning claiming that any doctors found to “contradict public health orders and guidance” would be subject to investigation and potentially regulatory action.

According to the College’s official website, privacy laws bar the organization from revealing whether there is an ongoing investigation regarding one of its members.

Dr. Hoffe reported the serious reactions and his concerns in a letter he wrote to medical professionals in charge of Moderna’s vaccine rollout in his region.

The letter can be read below:

I have been quite alarmed at the high rate of serious side-effects from this novel treatment.
From this relatively small number of people vaccinated so far, we have had:

So in short, in our small community of Lytton, BC, we have one person dead, and three people who look as though they will be permanently disabled, following their first dose of the Moderna vaccine. The age of those affected ranges from 38 to 82 years of age.

So I have a couple of questions and comments:

I have also noticed that these vaccine induced side effects are going almost entirely unreported, by those responsible for the vaccine rollout. I am aware that this is often a problem, with vaccines in general, and that delayed side-effects after vaccines, are sometimes labelled as being “coincidences”, as causality is often hard to prove. However, in view of the fact that this is an experimental treatment, with no long-term safety data, I think that perhaps this issue should be addressed too.

Furthermore I have noticed, that the provincial vaccine injury reporting form, which was clearly designed for conventional vaccines, does not even have any place to report vaccine injuries of the nature and severity that we are seeing from this new mRNA therapy.

It is now clearly apparent with medical evidence from around the world, that the side-effect profiles of the various gene modification therapies against Covid-19, have been vastly understated by their manufacturers, who were eager to prove their safety.

Thank you for attention to this critically urgent public health matter.

Within 48 hours of sending the above letter, Dr. Hoffe received a stern rebuke and a gag order was issued barring him from speaking publicly about his concerns.

This is not an isolated incident. Doctors who have spoken out against the chosen narrative surrounding the coronavirus are being silence at an unprecedented rate.

Since the beginning of the Covid-19 “pandemic”, those seeking to advance this agenda have claimed to follow the science. Those claims have been continuously dismantled, as doctors, experts, and journalists are routinely silenced.

Leo Hohmann, recently reported about another prominent doctor who says it is “unprecedented how many deaths have accrued” for coronavirus vaccines:

One of the world’s most prominent medical doctors with expertise in treating COVID-19 has gone on the record with a scathing rebuke of the U.S. government’s approach to fighting the virus. He says the government’s strategy, carried out in cooperation with the Bill and Melinda Gates Foundation and the United Nations World Health Organization, has resulted in tens of thousands of unnecessary deaths and is now being followed up with thousands more deaths caused by a mass-injection program.

“A typical new drug at about five deaths, unexplained deaths, we get a black-box warning, your listeners would see it on TV, saying it may cause death,” McCullough said. “And then at about 50 deaths it’s pulled off the market.”

The U.S. has a precedent for this. In 1976 during the Swine Flu pandemic the U.S. attempted to vaccinate 55 million Americans, but at that point the shot caused about 500 cases of paralysis and 25 deaths.

“The program was killed, at 25 deaths,” McCullough said.

Compare that type of response to the government’s reaction to much higher reported death numbers related to the Moderna and Pfizer shots and the contrast is alarming, McCullough said, especially when the shots have not even been granted full FDA approval and are only being allowed on the market under an Emergency Use Authorization.

“In the U.S. today [as of late March] we have approximately 77 million people vaccinated for COVID and we have 2,602 deaths reported, so it’s unprecedented how many deaths have accrued,” he said.