Dobson: America Is ‘Two Senate Races’ Away From Ushering ‘Evil’ Into Power 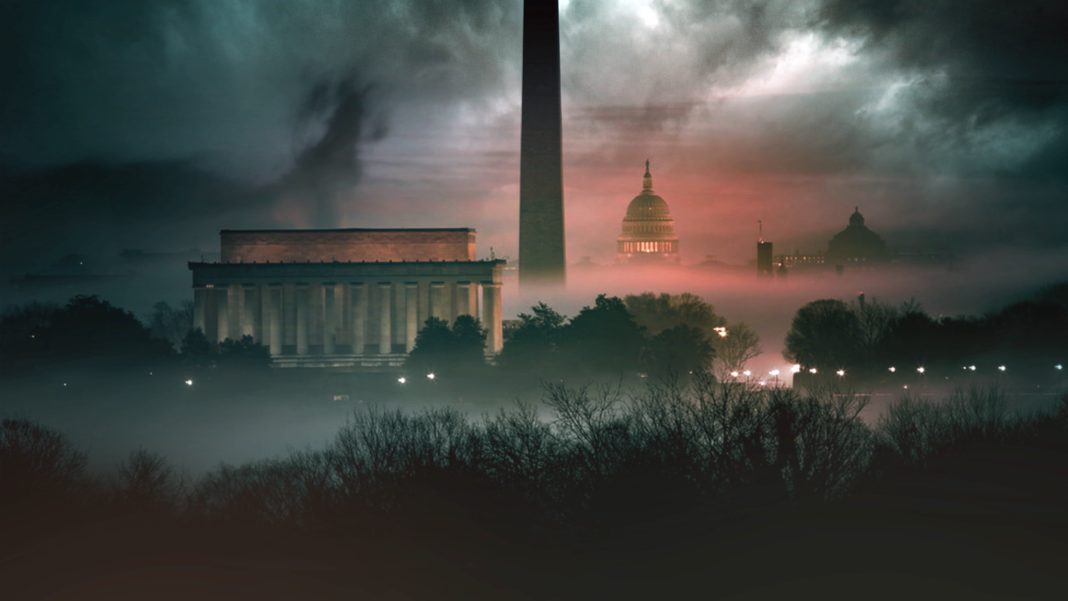 Evangelical leader James Dobson warns that America is on the precipice of ushering “evil” into power should Democrats win the two Senate runoffs in Georgia set for Jan. 5.

“Our ‘sweet land of liberty’ is just two Senate races away from ushering in a socialist-driven agenda that is anti-faith, anti-family and anti-freedom,” he wrote on his website.

“Are ‘we the people’ listening? The Judeo-Christian system of values that have upheld our great nation for nearly 250 years is in danger of disintegrating. Georgia is ground zero for what may turn out to be the most consequential political battle our country has ever faced. If we lose, the America we have known and loved for centuries may be facing its final days. I write this with a huge lump in my throat.”

The Republicans now have 50 seats in the Senate to the Democrats 48.

If the GOP wins either or both of the runoffs, it will remain in the majority and provide a critical brake on far-left legislation, including the Green New Deal and socialized medicine. Incumbent GOP senators Kelly Loeffler and David Perdue are defending their seats against Democrats Raphael Warnock and Jon Ossoff.

Dobson, an adviser to numerous presidents who founded Focus on the Family, the James Dobson Family Institute and hosts the “Family Talk” radio program, wrote that voters “have been presented with two distinct visions for America.”

“One party proclaims the sanctity of human life, defends religious liberty and freedom of conscience, prioritizes the family as the foundation of civil society, and recognizes that we flourish only as one nation under God. The other party champions abortion on demand up to the moment of birth, supports ‘gender transition’ for young children, demands that religious liberty take a back seat to supposed notions of ‘tolerance,’ and embraces the unconstitutional notion of ‘separation of church and state.’ The stark differences go on and on,” Dobson said.

“We are on the verge of ushering the latter platform of evil into power. To say I’m disheartened is an understatement. Will ‘we the people’ remain silent and allow our great country to be ideologically transformed or will we let our voices be heard in Georgia?”

He said the “enemies of liberty and righteousness want to destroy all that is good about America. “

“Their targets include your freedom, your family and your faith! Christian friends, we must not sit idly by when there is so much at stake. As a nation, we must pray for God’s deliverance and implore our brothers and sisters in Georgia to register and vote.”

The Trump campaign and its allies have filed several lawsuits in Georgia contesting the results of the 2020 election. Georgia Republican Gov. Brian Kemp has asked his secretary of state to conduct a signature audit of the ballots after evidence was presented that Trump’s personal lawyer Rudy Giuliani called a “smoking gun.”

The evidence is in a video that was introduced at a hearing held last week by the Georgia State Senate on allegations of vote fraud. It shows poll workers being told to go home but several remaining behind. When they are alone, they pull out suitcases from beneath a table that contained ballots and begin counting them.

Attorney Jacki Pick described the video at the hearing.

“The same person that stayed behind, the person that cleared the place out under the pretense that we are going to stop counting is the person who put the table there at 8:22 in the morning,” she said. “I saw four suitcases come out from underneath the table.”

Lawyers for the president have compiled evidence indicating millions of votes across key swing states may have been handled illegally, from counting invalid ballots to not counting legal ballots.

Dobson previously described Joe Biden’s declared support of transgender surgery for children as “lunacy.” And he said while he wasn’t speculating on the presidential votes controversy, a Biden election would have consequences.

“That should break the heart of every lover of God’s children,” Dobson wrote at the time. “We, as American citizens, will be complicit in the deaths of millions. How can Joe Biden say he wants to be president of ALL the American people? What does he have to say to the half of us who vigorously oppose abortion on demand, paid for by taxpayers through nine months of pregnancy and perhaps beyond, in America and, by inference, in nations around the world?”

Dobson said that if Donald Trump “has been the pro-life president, Joe Biden will be the radical abortion president from his inauguration forward. If Biden does become president, I will do what I can to oppose his pro-death policies every day he is in office.”

“Biden’s regime will also usher in other forms of moral depravity. For example, he recently suggested that kids as young as eight or ten years old should be able to undergo irreversible transsexual transformation. That’s what the man said! Kamala Harris, who may be our next vice president, said she wants this country to legalize all prostitution. What other moral outrage will come from this godless administration? Heaven only knows!”

However, Dobson said, God is still “in charge.”

“I believe the Almighty has had His hand of protection on this land since the days of its founding fathers. Our ancestors cried out to Him at Valley Forge, Gettysburg, Midway, and Normandy. I don’t believe He has forsaken us now. So how do we explain the predicament that confronts us? I don’t know. Millions of people have been praying about the outcome of this election because we knew it would have such profound moral and spiritual implications. But who can discern the mind of God?”

Dobson has dedicated his career as a psychologist, Christian leader and broadcaster to “preserving the biblical institutions of marriage and family by encouraging, inspiring, supporting, and leading parents and children to build their lives on God’s Word.” His radio broadcasts are heard weekdays on more than 1,300 radio outlets. He’s written 71 books on the family, and he’s advised five U.S. presidents on family issues. Along with an earned Ph.D., he holds 17 honorary doctoral degrees, and reaches hundreds of thousands regularly with his newsletters.