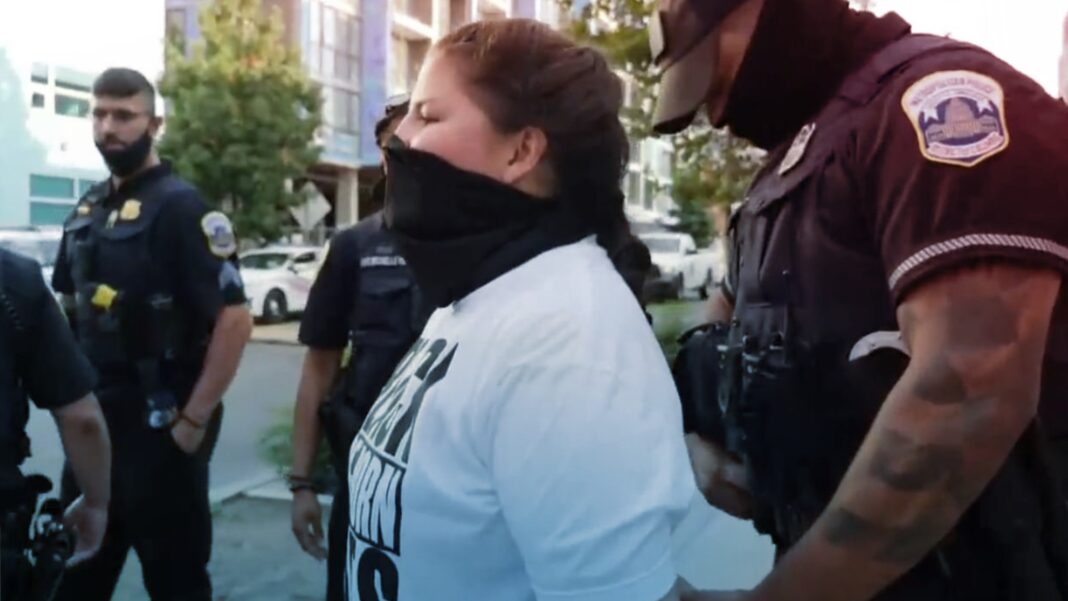 Despite obtaining permits to paint a pro-life message on the street in front of a Planned Parenthood business in Washington, D.C., pro-lifers with Students for Life of America and the Frederick Douglass Foundation were arrested on Saturday without spraying even a drop paint.

D.C. Mayor Muriel Bowser ordered the painting of “Black Lives Matter” in the city in June and went on to allow citizens to paint “Defund the Police” there as well, using permanent paint. But according to Students for Life of America, after receiving a permit to paint “Black Preborn Lives Matter” on the street, the group arrived to find six police cars waiting for their planned 10 a.m. arrival in front of Planned Parenthood. They had planned to use temporary paint that would wash off as the police suggested, but were told they could not use it after all. When they asked if they could use sidewalk chalk, the police told them they would face arrest if they did.

A college student and a staff member of Students for Life did kneel to use the sidewalk chalk and the D.C. police arrested them.

“With these threats and arrests, D.C. Mayor Muriel Bowser has made her motives clear as she apparently only thinks that SOME Black Lives Matter and that only SOME slogans are allowed to be painted on streets,” wrote Students for Life.

Though the D.C. event had to be canceled, Students for Life has other similar events happening around the nation today. The group plans to sue the city of Washington, D.C., over the arrests for violating their First Amendment right to free speech and expression.