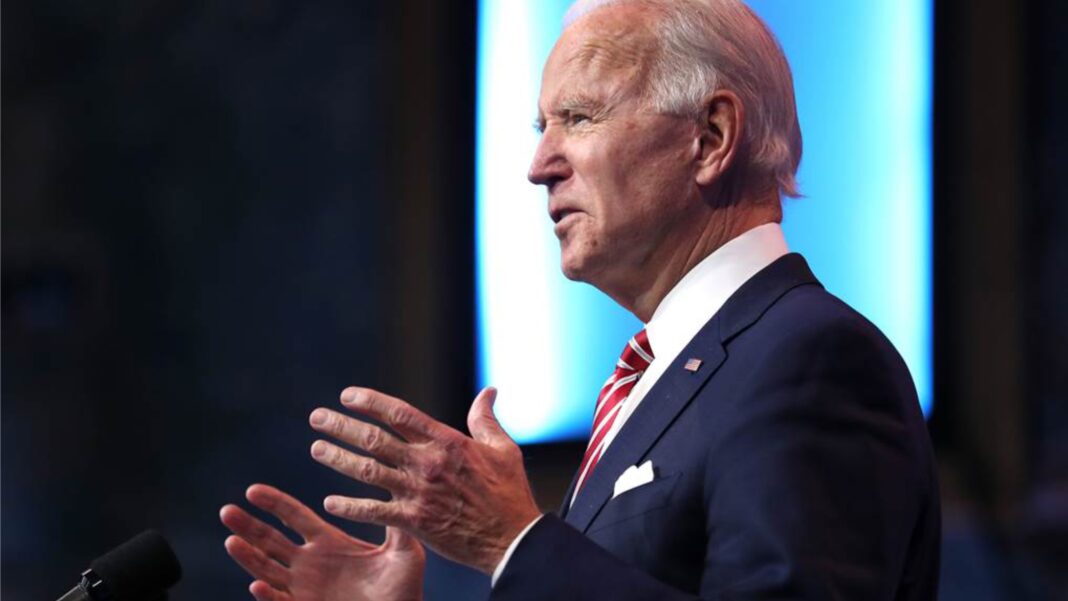 “It’s time for us to come together as a nation to heal; it’s not going to be easy, but we have to try.” In a recent speech that addressed the nation during this tumultuous and unclear election, former Vice President and presidential hopeful Joe Biden called for unity, for Americans to come together and heal this nation.

Does he want unity based on the absolute authority of the Word of God? Does he want unity acknowledging that marriage is one man and one woman, that abortion is murder, and that God made only two genders, male and female? His answer, from statements he has clearly made, would be no to all of these. Unity comes at a cost, but some feel the cost should always come from only one side.

And can there ever be real unity in this world? No, as God’s Word states, “the light [Jesus and His Word and the gospel] has come into the world, and people loved the darkness rather than the light because their works were evil” (John 3:19).

We live in a dark world because of sin, and there will never be unity in this fallen world, as a spiritual battle rages around us:

People may call for unity, but there’s no true unity apart from Christ and his unchanging Word. It’s only the Holy Spirit who brings true unity, as Paul wrote in Ephesians 4:1–6:

Ephesians 4:1-6 KJV – “I therefore, the prisoner of the Lord, beseech you that ye walk worthy of the vocation wherewith ye are called, With all lowliness and meekness, with longsuffering, forbearing one another in love; Endeavouring to keep the unity of the Spirit in the bond of peace. There is one body, and one Spirit, even as ye are called in one hope of your calling; One Lord, one faith, one baptism, One God and Father of all, who is above all, and through all, and in you all.”

So, with calls for unity, but knowing there’s a desperate spiritual battle raging, what should the Christian do? We should always be prepared for this kind of war:

Ephesians 6:10-12 KJV – “Finally, my brethren, be strong in the Lord, and in the power of his might. Put on the whole armour of God, that ye may be able to stand against the wiles of the devil. For we wrestle not against flesh and blood, but against principalities, against powers, against the rulers of the darkness of this world, against spiritual wickedness in high places.”

We need to be doing our best to shine light into the darkness, praying and pointing people towards the only true Healer, Hope, and the One who brings unity, Christ:

Matthew 5:16, 44 KJV – “Let your light so shine before men, that they may see your good works, and glorify your Father which is in heaven. But I say unto you, Love your enemies, bless them that curse you, do good to them that hate you, and pray for them which despitefully use you, and persecute you;”

Keeping in mind that, ultimately, true unity is not possible in or with this world, Christians, we should still be peacemakers (“If possible, so far as it depends on you, live peaceably with all.” [Romans 12:18]) while we contend for the faith (Jude 1:3), obey the Great Commission (Matthew 28:19), and boldly fight the good fight of the faith (1 Timothy 6:12), defending our faith—and religious freedoms when and where necessary—no matter the strife swirling around us.