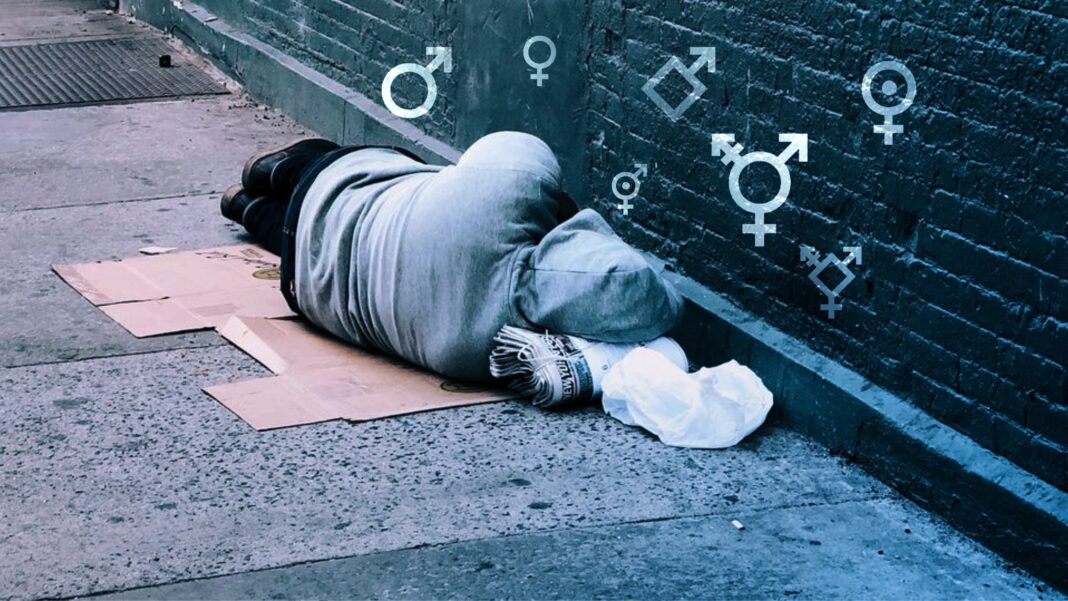 In 2017, President Joe Biden’s transgender nominee for a top post at the Department of Health and Human Services (HHS) recommended “accelerating” cross-sex hormones for homeless teens who are suffering from gender dysphoria and estranged from their parents.

Levine said (at 28:00 in the video above) that those in the transgender medical industry who are seeing gender dysphoric teens from the “street,” living in homeless shelters, should not go through the usual procedure of first receiving puberty blockers to stop normal puberty, but instead immediately obtain cross-sex hormones.

Levine, who has served as secretary of the Pennsylvania Department of Health, told listeners that homeless teens who say they are transgender have been “essentially thrown out by their parents because of their gender identity and expression.”

The transgender nominee said that “street youth” not living with their parents should not receive puberty blockers but instead “accelerate” with cross-sex hormones “so that the young people feel validated and are getting care consistent with their path.”

In his questioning of Levine during the latter’s Senate confirmation hearing Thursday, Sen. Rand Paul (R-KY), an ophthalmologist, referred to the talk the nominee gave in 2017. He asked Levine:

“Do you support the government intervening to override the parent’s consent to give a child puberty blockers, cross-sex hormones, and or amputation surgery of breasts and genitalia? You have said that you’re willing to accelerate the protocols for street kids. I’m alarmed that poor kids with no parents who are homeless and distraught, you would just go through this and allow that to happen to a minor.“

Levine failed to answer Paul’s questions, including Paul’s question, “Do you believe that minors are capable of making such a life-changing decision as changing one’s sex?”

The nominee merely repeated a prepared response, saying, “Senator, transgender medicine is a very complex and nuanced field, and if confirmed to the position of Assistant Secretary of Health, I would certainly be pleased to come to your office and talk with you and your staff about the standards of care and the complexity of this field.”

The American College of Pediatricians has reported that experts on both sides of the issue agree that “80 percent to 95 percent” of children with a diagnosis of gender dysphoria “accepted their biological sex by late adolescence.”

However, the campaign by adult transgender activists to attain social acceptance shifted that worldview of young people with gender dysphoria.

Currently, there are more than 40 gender clinics in the United States administering puberty blockers and cross-sex hormones to children and teens.

The College noted that of great concern is that, when puberty blockers are administered at about 11 years of age and are followed by cross-sex hormones, children will likely be faced with sterility.

According to a report at National Review, more than 1,000 children and teens obtained treatment for gender dysphoria at the largest transgender-youth clinic in Los Angeles in 2019:

he youngest patient was four years old. And the director of that clinic has admitted to personally recommending double mastectomies for “probably about 200” adolescent females, a decision she has justified by the argument that “they don’t identify as girls,” thus breast removal is actually “chest reconstruction.” Similarly, a study entitled “Age Is Just a Number,” published in 2017 in the Journal of Sexual Medicine, reveals that eleven out of the 20 surgeons interviewed admitted to having performed vaginoplasty — that is, castration followed by the inversion of the penis to form a pseudo-vaginal canal — “1 to 20” times on males under the age of 18.

Transgender industry entrepreneur Dr. Johanna Olson-Kennedy wrote a paper in May 2018 in which she recommended gender-confused girls as young as 13 for top surgery (mastectomy). Based on 136 “completed surveys” at her gender clinic, she and her colleagues determined, “Chest dysphoria was high among presurgical transmasculine youth, and surgical intervention positively affected both minors and young adults.”

“Given these findings, professional guidelines and clinical practice should consider patients for chest surgery based on individual need rather than chronologic age,” she concluded.

In September 2020, the American Journal of Psychiatry released a correction to a 2019 Swedish study which drew as its primary conclusion the assertion that individuals who claim to be transgender experience mental health benefits following gender-affirming surgeries.

Physicians who have been investigating the claims of the transgender medical industry reanalyzed the data from that study and found that neither “gender-affirming hormone treatment” nor “gender-affirming surgery” decreased the need for mental health services of those with gender dysphoria.