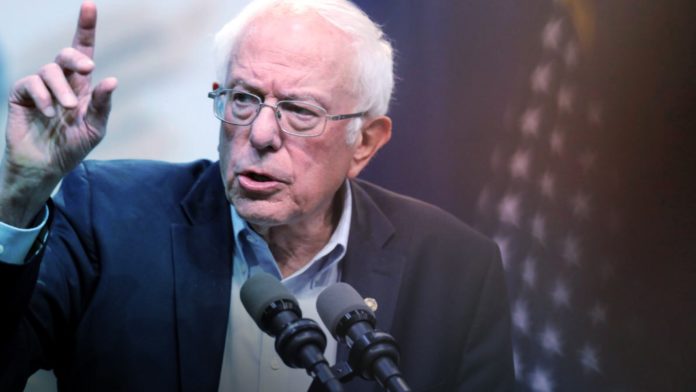 While Americans are celebrating the service of millions of veterans and their brave dedication to keeping our country free, Sanders is promoting his agenda for the Department of Veterans Affairs. he wants to turn VA hospitals into abortion clinics by making sure women veterans can keep abortions to end their babies’ lives at VA hospitals.

“The proposal would expand incentives for companies to hire veterans, bolster access to mental health and suicide prevention services and ensure women veterans receive women’s health services, including fertility treatments and abortion care, through the VA,” one report explained.

This just another way Sanders would force Americans to fund abortions.

Though one option provides health care to a mother and her unborn baby and the other destroys an unborn baby’s life for any reason up to birth, both would be treated equally and covered under the taxpayer-funded plan, according to details reported at the pro-abortion site Mother Jones.

“Sanders’ Medicare for All bill promises free ‘comprehensive reproductive, maternity, and newborn care.’ Although the bill does not explicitly state this, Sanders’ team confirmed that this provision would cover abortions,” the news outlet reported.

Sanders touted his Medicare for All plan during the Democratic presidential debate. When asked what he would do to protect abortion if Roe v. Wade is overturned, the Vermont politician answered by explaining how his plan includes abortions.

“Well, my plan, as somebody who believes for a start that a woman’s right to control her own body is a constitutional right, that government and politicians should not infringe on that right, we will do everything we can to defend Roe versus Wade,” Sanders said, later adding, “… Medicare for All guarantees every woman in this country the right to have an abortion if she wants it.”

His plan also would end the Hyde Amendment, which prohibits taxpayer funding for abortions in Medicaid, according to the report. The amendment historically has had strong bipartisan support and continues to have strong public support, but Democratic leaders are calling for its end.

Medicare for All could lead to a huge expansion of abortions and the slaughter of millions more unborn babies in America. As Mother Jones pointed out, “Universal coverage for abortion would go a long way toward expanding access to abortion for lower-income Americans.”

Sanders would end private health insurance and force everyone onto the government-run plan. It would force taxpayers to pay for abortions without restriction, potentially even for illegal immigrants. It also would prohibit states from defunding Planned Parenthood, which does about 330,000 abortions each year, Townhall reported earlier this year.

Pro-life leaders warned about the dangers of the Medicare for All plan last month in a letter to Congress.

“We are strongly opposed to any legislation that covers elective abortion in healthcare and urge you to oppose such bills unless amended so that such funds cannot be used for plans that include abortion,” the Susan B. Anthony List, Live Action, the Family Research Council, the American Association of Pro-Life Obstetricians and Gynecologists and about 50 pro-life groups wrote.

Similarly, a poll earlier this spring found a sharp, double-digit uptick in the number of Americans who identify as pro-life after pro-abortion Democrats began pushing abortions up to birth and infanticide this year. Among Democrats, the gap between pro-life and pro-choice identifiers was cut in half from 55 percent to 27 percent.